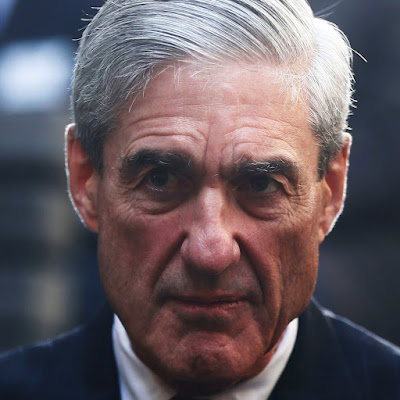 Restoration of journalistic integrity is completely necessary in the wake of the MSM assault on political truth these past years.  The Mueller Probe highlighted all the problems.

How does need to be openly discussed.  It also needs to be done in a framework of a completely new ownership approach that ends financial monopoly for both private and government enterprises.

Again we are receiving strong hints that this is on the agenda.

Nearly two years ago, on May 25, 2017, The Epoch Times published an article headlined “Despite Allegations, No Evidence of Trump–Russia Collusion Found.”

The article detailed that—despite a media frenzy at the time—no actual evidence had been uncovered that President Donald Trump or anyone associated with his campaign had colluded with Russia to win the presidential election.

The article cited, among others, former Director of National Intelligence James Clapper, who had publicly stated that he was not aware of any evidence of collusion. Notably, Clapper had overseen an intelligence-community investigation into Russia’s actions during the 2016 elections.

The article is an excellent example of the independent and fact-based journalism that The Epoch Times practices.

Independent, because we are truly independent, and fact-based because we let the facts drive our reporting rather than trying to find facts to support our opinions.

Our reporting was proven accurate with the conclusion of the investigation by special counsel Robert Mueller. In a summary letter sent to Congress, Attorney General William Barr cited the Mueller report as saying:

“The investigation did not establish that members of the Trump campaign conspired or coordinated with the Russian government in its election interference activities.”

Not only did we not buy into the false narrative that Trump colluded with Russia, but we have also been a leader in reporting on the irregular and apparently politicized nature of the FBI’s investigation into the Trump campaign. During the past two years, we have published dozens—many of them exclusive—articles on the topic.

Our fact-based approach to journalism painted a completely different picture than what was presented by other media.

This reporting culminated in an Oct. 12, 2018, article headlined “Spygate: The True Story of Collusion.” The extensive article, written by Epoch Times contributor Jeff Carlson, detailed everything that was known at the time about the investigations into Trump.

Among the points detailed was the struggle between acting FBI Director Andrew McCabe and Deputy Attorney General Rod Rosenstein.

While some media have portrayed Rosenstein as being out to subvert Trump’s presidency, our reporting showed that Rosenstein had, in fact, moved the investigation away from the FBI under acting FBI Director Andrew McCabe following the president’s firing of Director James Comey.

Through testimony by former high-ranking DOJ official Bruce Ohr before congressional investigators, we had learned that McCabe’s FBI had directed Ohr to reach out again to Christopher Steele—the author of the Steele dossier—after Trump had fired Comey. This came after the FBI had officially cut ties with Steele, and his dossier had been thoroughly, publicly discredited, which suggested McCabe was trying to re-invigorate the investigation into Trump.

Rosenstein’s sidelining of McCabe was confirmed by the DOJ in a Feb. 14, 2019, statement that read: “The deputy attorney general in fact appointed special counsel Robert Mueller, and directed that Mr. McCabe be removed from any participation in that investigation.”

Going forward, The Epoch Times will continue to stay true to its mission and provide factual and honest reporting that truly benefits the public.
Posted by arclein at 12:00 AM