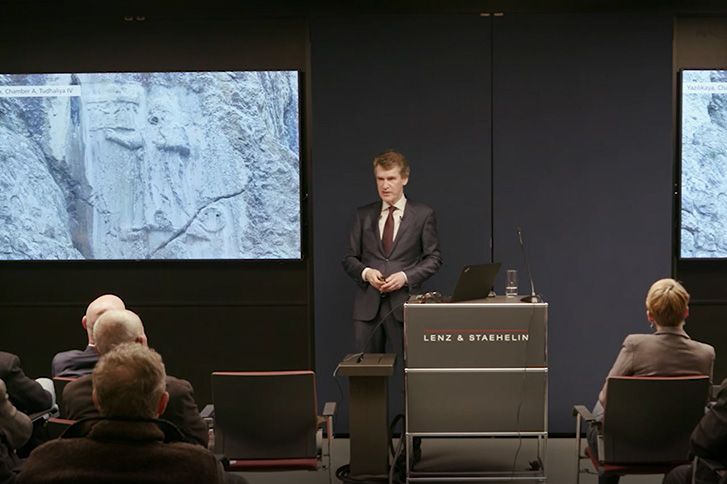 As I have posted, the whole Trojan cycle was transported from the Baltic with the Dorians into the Aegean after the 'Atlantic Collapse' of 1159 BC.

This work informs us that literacy was nearby at least and i do surmise that the Dorians also acquired the Greek script out of Athens which was reported as an Atlantean colony.

We observe that script as a useful tool was universally known and understood in 1200 BC.

Yet every tribe seemed to invent their own.  We have seen a similar process in out own time.

The Luwians were once again in the limelight during recent lectures in Aydın, Bodrum and Zurich. Professors Suat Ateşlier had invited Eberhard Zangger to speak…


We are very pleased to announce that dr Jeffrey Spier has joined the board of Luwian Studies. We look forward to working with him and developing and supporting new research initiatives on western Anatolia in the Late Bronze and early Iron Age. https://t.co/uZstXGUgXK
14 Mar


Our chair, Eberhard Zangger, presents new research on the celestial orientation of the Hittite capital of #Hattusa and the sanctuary at #yazilikaya, which may have served as a lunisolar calendar
@luwianstudies


A new perspective on Aegean prehistory


This website invites you to a journey into the past, when the so-called Sea Peoples raided the coasts of the Eastern Mediterranean and Greek heroes set off to conquer legendary Troy. The majority of civilizations around the Eastern Mediterranean disappeared within a few years shortly after 1200 BCE. Here you will find for the first time a coherent reconstruction of what might have happened. Instead of natural disasters and unknown invaders, the thus far little-known Luwian people will now assume the pivotal role in triggering this demise. 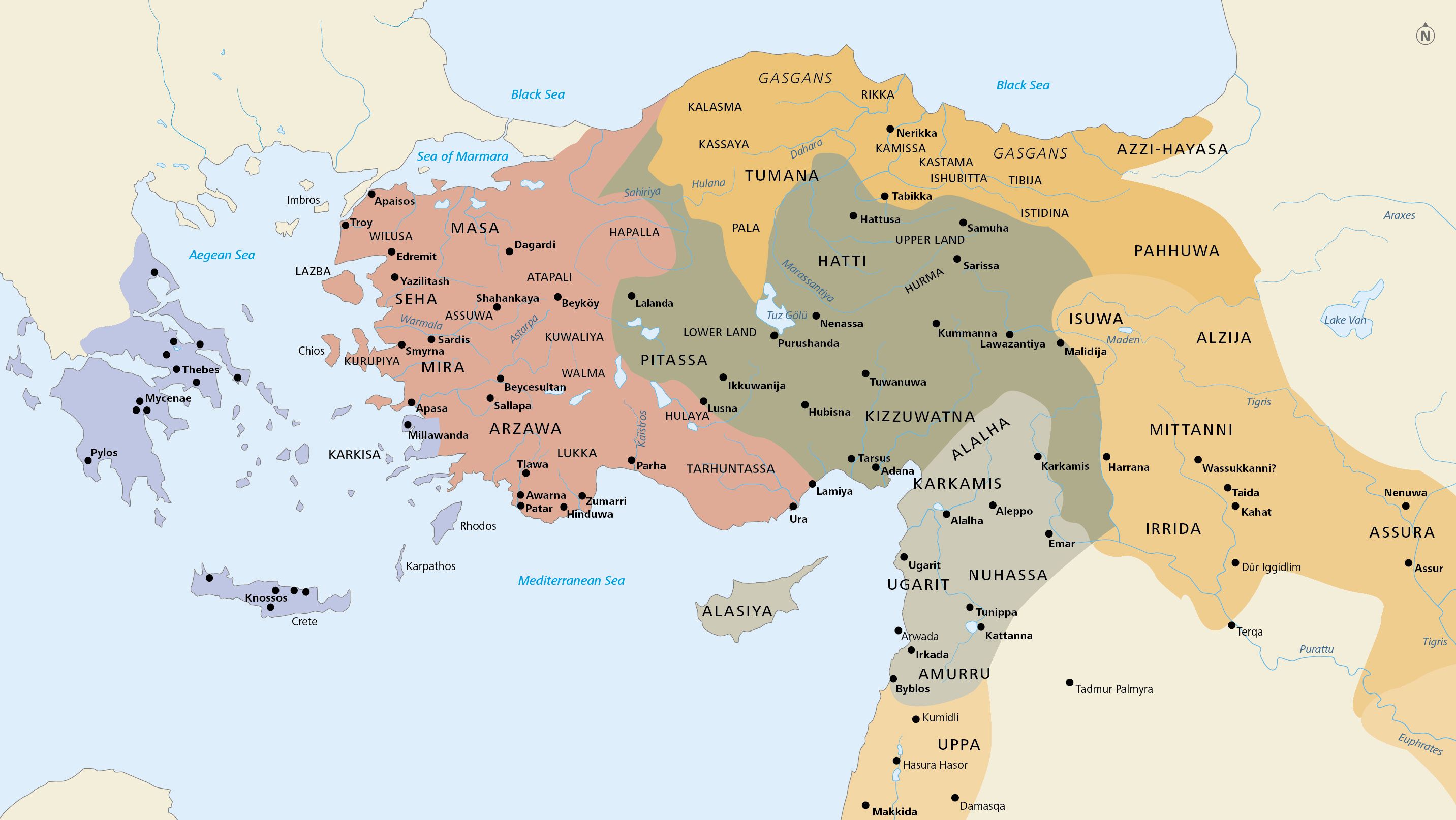 During the second millennium BCE people speaking a Luwian language lived throughout Asia Minor. They were contemporaries, trading partners, and at times opponents of the well-known Minoan, Mycenaean, and Hittite cultures of Greece and Asia Minor.

However, the Luwians in Asia Minor possessed the knowledge of writing at least five centuries before it became customary at Mycenaean courts. And when the art of writing was lost in Greece at the end of the Bronze Age, it still persisted amongst Luwians for as long as half a millennium. In the 19th century European scholars discovered these Luwian inscriptions long before the first Mycenaean, Minoan, and Hittite documents.


3200 years ago, mysterious Sea Peoples destroyed the Mediterranean countries. For generations, archaeologists have tried to comprehend this significant cultural demise. There are many indications that the kingdoms in western Asia Minor contributed to the downfall.


What are the main new ideas and suggestions put forward by Luwian Studies?

More than 400 settlements of this Luwian civilization which were inhabited during most of the 2nd millennium BCE have been systematically recorded for the first time. [more]

For the first time, the end of the Bronze Age in the eastern Mediterranean can be plausibly explained – as a sequence of three different wars. [more]

The city of Troy has not been found yet. Its remains are buried 5-6 meter deep in the alluvial plain of the Scamander River below the citadel of Ilion, whose excavated ruins attract countless tourists.

The Troy myth that existed from antiquity to the time of Shakespeare rests on genuine memories of the Bronze Age city, fragments of which have been preserved and transmitted in ancient and medieval texts up until today. [more]

Past events much like those in the present are primarily determined by politics, the economy and technological advances. If we want to better understand past cultures, these issues need to be examined more closely. [more]

Archaeology was conceived at a time when Europe fought the Ottoman Empire. Until the 20th century paradigms were formulated to amplify European civilizations while belittling those on Turkish soil.

Western Asia Minor around 1200 BC 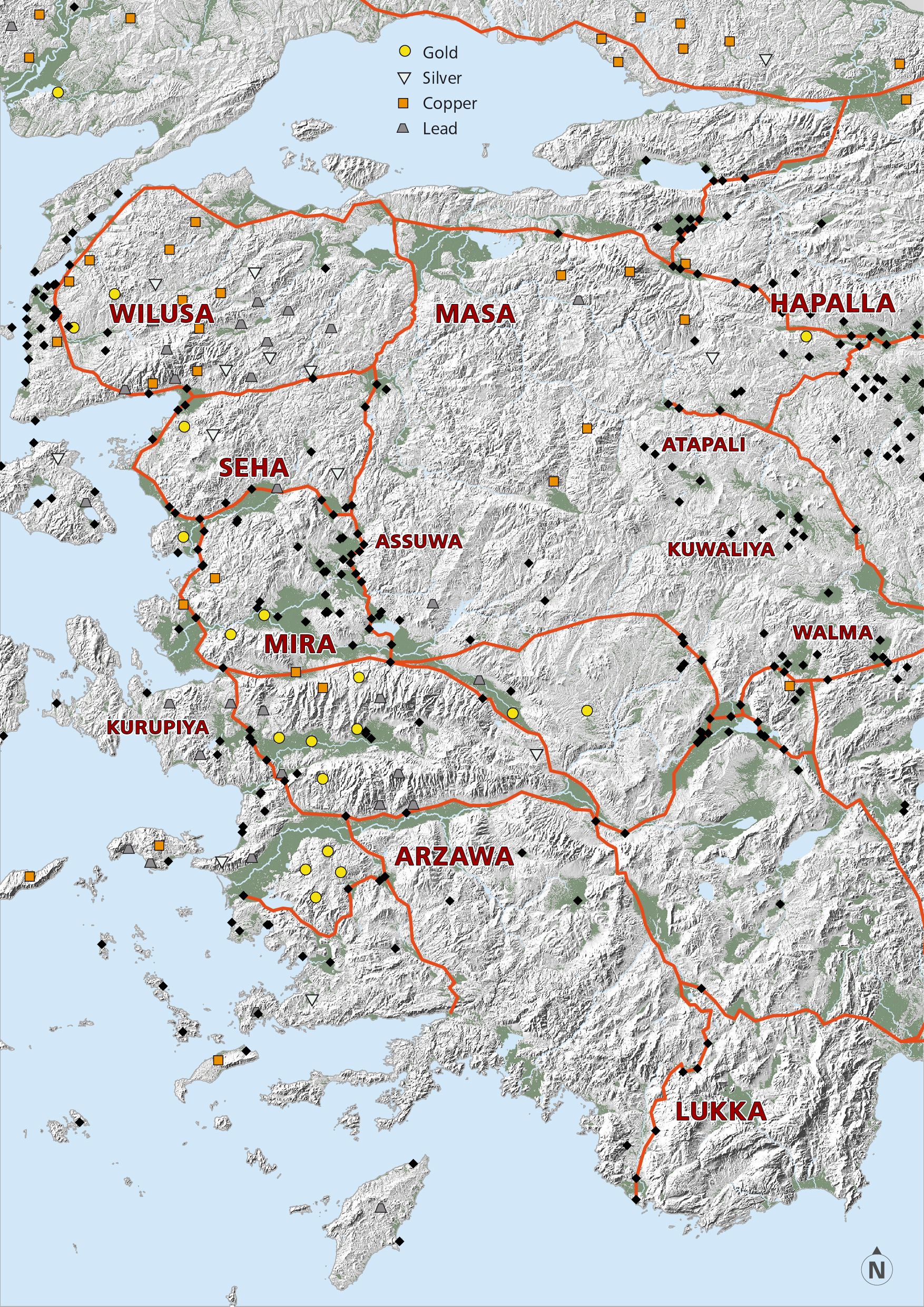 “Aegean prehistory” was established as a scientific discipline from around 1920. Since then, archaeologists have spoken of distinct cultures in the countries around the Aegean Sea: the Minoan on Crete, the Mycenean in Southern Greece, the Cycladic on the Aegean islands, and the Hittite in Central Asia Minor.

This model, however, pays too little attention to the large region of Western Asia Minor, where most of the population spoke Luwian. It therefore makes sense to complement the Minoan, Mycenaean, and Hittite cultures with a Luwian culture – as an umbrella term for the kingdoms in Western Asia Minor.
Posted by arclein at 12:00 AM