Imagine the next thirty years. 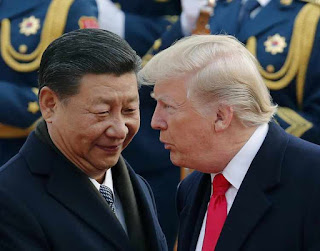 Imagine that the world transitions to a confederation of democratic nation states with a fixed term presidential system leading the Global confederacy.

Imagine all lower levels of government are dealing with money and power while ruling through an elected rep system.

Imagine the Clintons have been executed for their crimes.

Imagine that the Pedophile - Luciferian conspiracy is rooted out world wide.  Their agenda has been plausibly war promoting since their beginning.

Imagine that the global central banking system is completely nationalized and that all private owners are essentially stripped entirely of their wealth to the direct benefit of the nation states.  This is neither right nor wrong but also a recognition that old money is naturally stupid.

Imagine no corporation acts outside the bounds of a Nation State without been been fifty percent partnered with an independent corporation within the alternative jurisdiction.

Imagine world government as an imaginary construct given life by the elected president.  All leaders of Nation States will have the right to be nominated to run for such a presidency.  Now imagine Putin running as President of a European confederacy with authority over the EU bureaucracy.

Imagine Global laws can be enacted through application of the Rule of Twelve.  This empowers the president to act.

Now imagine that the bottom third of the population are poverty free and completely sustainable and additionally tasked with environmental restoration.

Imagine all this becomes truly global.  Thanks to smart phones we are already talking to each other.   I never thought that part of the equation would happen so quickly, but it has and that is the all  important cornerstone.

In thirty years we will completely transition the global economy into a homogeneous economic machine that will then be converging to the realization of Heaven on Earth and the ongoing complete Terraforming of this planet. This latter will take centuries and an ultimate population on land of 100 billion.