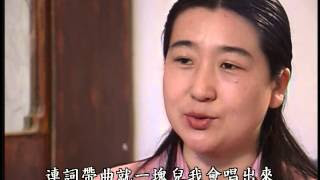 I grabbed this from wikipedia after watching and listening to several Utube videos on the topic.

This is actually an extraordinary story that has been completely ignored.  All this music is actually channeled.  It also turns out to be composed to a very high standard well outside any potential skill level.  Consider you spinning out publishable scholarship without taking a 101 course in the subject.  It does not happen.

What has come out is over 1600 hymns since around 1990 or around fifty hymns per year.  This music is conforming to the form of Chinese folk songs and is very popular providing a wonderful media for teaching Christianity.

There are presently over thirty million official Christians in China.  The real figure approaches 150,000,000.  Thus this music has likely touched the whole population and will certainly precondition most to think positively of conversion.

What must be additionally understood is that the other side has provided this material in order to teach a new way of being to the entire Chinese population that includes love for all.  We are actually seeing a deliberate GOD inspired cultural revolution in China. Arguing otherwise is nonsense and this is rarely so decisively observed.

Listening to these hymns is sufficient to bring anyone who understands Mandarin. to Christianity without being literate while also praising China in a positive manner.


Canaan Hymns or Songs of Canaan (Chinese: 迦南诗选; pinyin: Jiānán Shīxuǎn[1][2][3]) is a collection of Chinese hymns composed by Lü Xiaomin, a Christian convert peasant woman with no musical education. She proved to be a prolific song writer after starting to write hymns in 1990. As of February 2016, she has written 1,682 Canaan hymns. Xiaomin's theologically background is in Pentecostalism and the local churches movement, and the hymns reflect themes of Christology, pneumatology and eschatology against the backdrop of Chinese political realities.

Canaan hymns are one of the most successful underground Christian publication in China. They are used by many Protestant churches in the country. Both Chinese house churches and churches of the Three-Self Patriotic Movement use them, despite the latter having criticized the hymns through its official channels. The Chinese government has targeted censorship efforts on the distributors of the hymnal. Overseas Chinese communities and Taiwanese churches use the hymnal, too..

Even people with little education can learn the hymns, which are short and musically simple, usually rhymed, and resemble Chinese folk songs. This has contributed to their popularity. The hymns can also be sung without instruments. Their Chinese elements and Confucian undertones make them more acceptable than foreign hymnals to Chinese worshipers. There is a strong emphasis on the communal aspects of the Christian church. Some hymns are patriotic.

Lü Xiaomin (Chinese: 吕小敏; pinyin: Lǔ Xiǎo Mǐn;[1][4] also known as Sister Ruth[5]) was born in 1970 to a family of peasants belonging to the Hui minority.[6][5] She grew up in Fangcheng, Nanyang, Henan Province.[7]
Xiaomin dropped out of education after elementary school because of her failing health. Because the Hui are China's largest Muslim community, she was initially unfamiliar with Christianity.[5] Her aunt, who had converted to Christianity, introduced her to the faith.[8] After praying, her health condition, sinusitis and a stomach disease, were gone.[9] Xiaomin joined a house church in 1989, at the age of 19,[10] taking the christian name "Sister Ruth".[5] Her spiritual roots are in Pentecostalism and the local churches movement.[11]
In 1990, she started composing hymns.[6][12] The first hymn came to her mind one night after church service when she could not sleep.[10] According to Xiaomin: "The Holy Spirit touched me the moment I consecrated myself to God. That's when I sang my first hymn."[12] Shy as she was, she only sang the song to a girl in her home village. The girl relayed the hymn to her parents, Christians who attributed Xiaomin's sudden musical abilities to the work of the Holy Spirit. By the time that word about Xiaomin's song had reached a fellow Christian with a tape recorder, she had already written 23 hymns. All of them were taped and marked down in Chinese musical notation. Soon all of the local congregations were using the hymnal and traveling evangelists took it all over China.[10]
Xiaomin continued to compose new hymns, one every two or three days.[13] During the next decade of her life, she would write some 700 of them while evangelizing in the countryside of Henan.[14] During this period, she was detained at least twice for her religious activities.[6] The first arrest took place in September 1992 in Fangcheng after she had written 50 songs.[13][15] During her 67-day detention, she composed 14 additional hymns and her seven non-Christian cellmates had become converted to Christianity.[13] The other arrest came after a 1998 re-interpretation of the illegal publications clause of the Constitution of China.[2] By the year 2000, the hymnal consisted of some 720 songs.[13]
Use

As of February 2016, there are 1,682 Canaan hymns.[9] The songs are extremely popular all over China.[11][16] They are used by many Protestant Chinese churches, both in the People's Republic of China and in Taiwan and have been published in both countries. Overseas Chinese communities use them as well.[3]
Canaan hymns are one of the most successful underground Christian publication in China.[2] They are predominantly used in the Chinese house churches, where they are considered its "official hymnal". They also see use in the government-sanctioned Three-Self Patriotic Movement churches.[17] Through its official channels, the Three-Self Patriotic Movement has criticized the hymns. A 1999 issue of its Tian Feng magazine scrutinized the hymn 195, "Lord, Have Mercy on China, Hold Back Your Anger", in particular for questioning the Movement's view of Christianity in service of Chinese socialism.[13] The government has targeted publishers and distributors of the hymnal.[2].
Neither Xiaomin nor anyone in her family has any formal musical training.[10] She does not know how to write either Western or Chinese musical notation.[18] Initially, her hymns spread mainly orally, but they have since begun to be transcribed by others.[7] Orchestral adaptations of the hymns have made Xiamin famous overseas as well.[6] Her life story and the hymns are inseparable in publicity, reflecting a holiness theology on part of the movement.[11] Described as "profoundly modest" despite her fame in China, Xiaomin spends much time traveling around the country.[19] Her music is publicized by Chinese American backers in particular.[11]
The 2012 Chinese film Back to 1942 featured the Canaan hymn "The River of Life" as its theme song. The hymn "I Love My Home" has also appeared on China Central Television,[20][21] sung by a Christian family,[20] despite the channel's reputation as propaganda of the officially atheist state.[22]
Many Chinese regard the Canaan hymns a gift from God.[7] Chinese Christians have attributed miraculous healings to those singing the hymns.[13]
Musical and theological features

The Canaan hymns are short,[3] pentatonic and resemble Chinese folk songs.[24] Many, but not all, are rhymed. Few have verses or refrains. There are many allusions to nature and the weather.[25] They are "genuinely inculturated hymns, with a folk lilt, Chinese harmonics, and an imagery that blends rural China with biblical themes".[6] The spontaneity of the hymns reflect the process that Xiaomin uses to compose her hymns: she develops songs based on Bible verses that come to her mind while praying, as a plea to a local need or as thanks.[25] Conceiving a new hymn can take as little as five to ten minutes.[7] The songs are simple, "a few lines of doxology or lament";[25] the figures of speech used are everyday and rural.[26] The songs are easier to learn than those featured in the Chinese New Hymnal, the official hymnal of the state-controlled China Christian Council. Even uneducated and illiterate people can grasp the Canaan hymns, which has contributed to their popularity.[3] They can be sung without instrumentation,[27] and are sung in church, at home gatherings, and when alone.[3]
The songs are Christologically and pneumatologically focused, even if most of the Biblical references are to the Old Testament, especially the Book of Psalms.[26] The lyrics of the hymns are theologically mindful of a tension between China's political realities and aspirations of Chinese Christians. These thoughts are reflected on the Second Coming of Jesus and there is a strong eschatological current.[28] Early hymns in particular focused on the theme of overcoming hardships.[25] The hymnody reflects a kind of "enduring acceptance of state persecution."[11]
Their Chinese elements and Confucian undertones make them more acceptable than foreign hymnals to Chinese audiences.[24] There is a strong emphasis on the communal aspects of the Christian church. Some hymns, such as "Chinese Heart" and "The Chinese shall Rise", are markedly patriotic.[29] Canaan hymns also exhibit the "Three self principles" that are central to Chinese Protestantism, "self-governance, self-reliance, and self-propagation", often supplemented with a fourth one: "ingeniousness".[30] These aspects make Canaan hymns compatible with government-sanctioned Christianity.[26] Some have the air of work songs,[31] and even contain mimicry of Cultural Revolution era propaganda songs.[28]
Posted by arclein at 12:00 AM