Humanity's gains in the 21st century are a cause for considerable optimism. 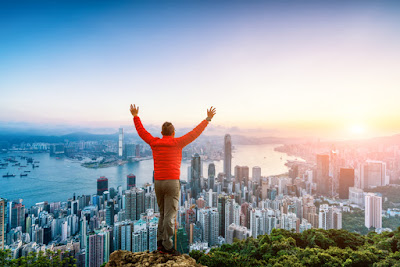 What has truly happened is that the cell phone has reached out to almost everyone improving the economic efficiency of almost everyone.  This translates into an overall increase on a global scale that now sets a completely new base underlying all activity.

This infrastructure is nicely maturing and we still need the activation of natural community and internal credit support to totally end poverty.  This is becoming much easier though.

Simply ending global poverty will accelerate everything else and this allows us to achieve global prosperity by as early as 2050.  That allows for a generational global cycling on literacy in particular.

The next fifty years would see all remaining significant disparity disappear.


Humanity's gains in the 21st century are a cause for considerable optimism.

Improvements in Human Well-Being in the New Millennium

The story of humanity over the course of the last two centuries is nothing short of remarkable. As late as 1870, life expectancy in Europe and the world was 36 and 30 years, respectively. Today, it is 81 and 72 years, respectively. In 1820, 90 percent of humanity lived in extreme poverty. Today, less than 10 percent does. In 1800, 88 percent of the world’s population was illiterate. Today, 13 percent of the world’s population is illiterate. In 1800, 43 percent of children died before their fifth birthday. Today, less than 4 percent do. In 1816, 0.87 percent of the world’s population lived in a democracy. In 2015, 56 percent did. In 1800, food supply per person per day in France, which was one of the most advanced countries in the world, was a mere 1,846 calories. In 2013, food supply per person per day in Africa, the world’s poorest continent, amounted to 2,624 calories. Slavery, which was rampant in most parts of the world in 1800, is now illegal in every country. Finally, for the first time since the start of industrialization in the mid-18th century, global inequality is declining as developing countries catch up with the developed world.

The long-term trends in human welfare are undeniable, but indicators of human well-being have continued to improve at a dizzying speed within the lifespans of the teenagers in the West, many of whom are either ignorant of the real state of humanity or dissatisfied with the speed of progress. Opinion polls indicate that they have soured on free enterprise and are answering the siren calls of such socialists as Jeremy Corbyn in the United Kingdom and Alexandria Ocasio-Cortez in the United States. The hearts of the young are in the right place, but that does not absolve them of not knowing the facts. After all, if they want to change the world, they need to know something about it. To that end, I have looked at some of the most important indicators of human wellbeing, especially in the poor countries, since the start of the new millennium. The results are encouraging and ought to give us reasons for optimism.

The world is not a perfect place and never will be. As long as there are people who go hungry or die from preventable diseases, there will always be room for improvement. Everyone has a role to play in helping those in need. Genuine help, however, should start with a clear understanding of what works and what does not. Free societies characterized by the rule of law, property rights, domestic competition and free trade have a much better record of tackling human misery than their socialist alternatives. The young followers of Corbyn and Ocasio-Cortez should, therefore, keep the Hippocratic Oath in mind: If you want to help, first do no harm.

**These are total numbers, which do not take into account population growth.