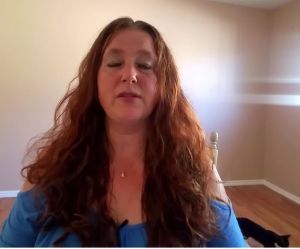 This item is from a known psychic who has shown reasonable reliability in the past.  She was additionally contacted by an insider who specifically confirmed particular details sufficient for her to report them.

As background, i do think that the investigation phase is now over.  Sealed indictments just jumped to 96,803 or a leap of over 14,000 in one month.  We also learned that folks so engaged are booking holidays.

It is reported 'ANON' that Poppy was not in the Coffin and that GWB was arrested as he left the funeral to face indictment fro 9/11.  Apparently a Middle East operative flipped at the least.  This was likely the first (my comment ) of a number of high level arrests that has rolled out since.

Pence was put on notice regarding his silence over an assassination plot and has bucked up.  What was he thinking if true or how was he compromised?

Hilary was arrested at 4.00 in the morning on Christmas day and then processed.  A military tribunal took place which typically lasts around one month.  She was then executed on February 18.

Soros attempted to escape but was captured.  Same deal and then executed.

HW Bush was not in that coffin and was also executed in a few weeks.  It looks like they all get a full trial in which all the evidence is presented and cross examined.  this all gets put on film for later release.

It is also reported that Podesta has been executed same drill.

The Anon has not confirmed Bill Clinton's death.  However both Pelosi and Feinstein have been arrested but are still walking the streets i think.  Anon states that Feinstein could not  be executed after her military tribunal, but could be exiled to China.  We do not entirely understand this.

All this certainly explains the silence and we are seeing the use of body doubles, but very sparingly.  It also explains Pelosi's recent reasonableness.

Apparently Obama was also arrested in December and has been in Gitmo.  I suspect a military tribunal here is now ongoing.  Some scheduled public appearances as well have taken place.

We are told to expect a public trial for John Brennan.  This may well start the public disclosure.  I do think hat the rest of Spygate Gang will plead out.

What this tells me is that the entire leadership is been dealt with first.  I do think they want extensive public disclosure before they begin mass arrests.

Enjoy the silence and the disappearance of radical noise as well.