Companies are focused on antitrust violations, and Apple’s heavily in the mix 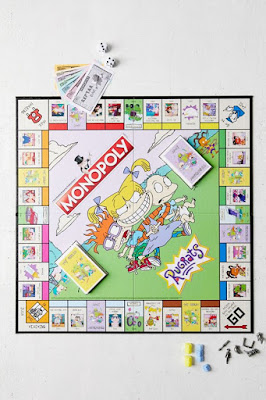 The fact is that the government has been a poor performer with scant action.  Yet the laws are on the books and it makes great sense that aggrieved competitors make full use of them.

Technology has allowed a slew of effective monopolies to arise hover gained or even earned.  throw in the application of capital monopolies and you have a clear road to abusive behavior.  Protocols to tame this tendency have been missing.

After all, it was capital monopoly that produced slavery and not the other way around.  All forms of monopoly end up settling into a capital based monopoly.   This can be countered by forced de - monopolization allowing further capital investment and direct competition.  ..

Companies are focused on antitrust violations, and Apple’s heavily in the mix


As regulators continue to move at a glacial pace, Axios reports that companies themselves are subjecting rivals to charges of unfair monopolies to disrupt Big Tech market dominance.
First established as the Sherman Act in 1890, antitrust laws were put into place to allow the government to set up roadblocks to neutralize major monopolistic behavior.
Keepin’ the competition honest
In 2016, we saw Walmart file an antitrust suit against the “big three” tuna providers (Chicken of the Sea, StarKist, and BumbleBee) over fixing canned-tuna prices.
But wait, there’s more...
Apple’s not far from the antitrust tree either
The tech powerhouse is getting caught up on both sides of the coin.
In a private antitrust action of sorts, The NYT and WaPo told Apple to “kick rocks” when it asked the storied news publications to join Apple’s news service that offers access to a variety of publications for a fixed price of $9.99.
Of course, it’s the 50% cut of each publication’s subscription revenue demanded by Apple that the news producers are balking at.
Then yesterday, Apple and Qualcomm settled their two years-long tussle over the 5% royalty the chip-making giant was netting on all iPhone sales -- a move Apple has long called an unfair monopoly due to the company’s chip-making prowess.
But wait, there’s more
Last month it was Spotify that filed a complaint against Apple for its insane 30% tax on app store purchases (yes, the same reason Apple sued Qualcomm).
This comes after a group of iPhone users sued Apple for the exact same thing.
Posted by arclein at 12:00 AM