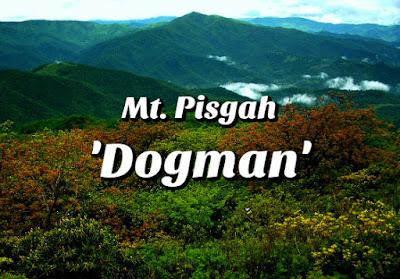 This is particularly interesting.  I have multiple reports of the dog-man or Giant Sloth presenting but never giving chase. This report has the creature presenting from several different locations with zero continuity.

What that immediately informs is that the creature imposes the image in the minds of the viewers.  This also explains why we have survivors in the other instances as well.

Normally this would herd you into a trap or over a cliff or up a tree making you an easy kill for the giant sloth.  Being human, we all have a different go to when we dash to safety.
.


This happened around the year 2000. About a year after this took place, I started dating one of these friends, and that’s when I first heard about this “dog/wolf” story. I have since asked each friend (over years and miles apart) and they all remember the same encounter.


At that age, I remember it being an adventure to find a place to smoke. “Let’s hike to ___ and puff!” (Ah good ole days, when we got away from parents and plan a day around smoking)


It was J and his his best friend B, and their girlfriends, S and M. The four of them decided to drive to Mt. Pisgah, a beautiful wooded area outside of Eugene, Oregon. It’s more of a hill, but it’s nature in its prime for sure. I’ve been out there many times growing up, and I know exactly what trail they were on (the main one that connects the parking lot to the river). They had driven in B’s little white sedan, parked in the parking lot and then walked to the river. On the way to the river from the lot, there is a very small bridge that crosses a small creek (relevant for later).


The group spent the day out there, swimming and puffing, puffing and swimming, just being typical Oregonian teens.


I can imagine that hunger is what drove them to go home after a few hours, as the sun began to set - either activity alone is bound to get someone hungry, let alone both.


So, they walked along the well-worn “main” dirt path to the parking lot. (This path has since been paved, according to Google maps). It doesn’t take but 20 minutes or so for them to get back to the little footbridge by the parking lot that they had crossed when they hiked in.


When they reach this small footbridge near the parking lot, B looked out into the vast field between them and the wooded mountain, and noticed a huge dog near the tree line, about 100 yards away (they all later described it as the biggest dog they had ever seen). The dog was just sitting there, not looking scary, just looking like a humongous friendly doggy. It was starting to get dark, but from M’s and J’s descriptions, (and the drawing she did for me later in 2005), it was very shaggy and furry. I may even still have that notebook where she drew the dog thing, if I find it I’ll post it.


My friends continued to walk across this small wooden bridge, and one of the girls screamed - the big dog was now on its hind legs, standing much closer than when they had seen it just a couple of seconds earlier. It had traversed most of the large field in the seconds it took them to get across this 10-ft long bridge.


Whatever this thing was, it was fast, quiet and stealthy. My 4 friends ran to the car and they had the classic, cliche “I can’t get the key in!” because B was fumbling madly for the keys. At this point, the dog was standing (on its legs) at the very edge of the parking lot, looking at them. Still had the dog face, still had the dog body - standing up. They never saw it walking (on all 4 or just 2), it was like every time they looked up it was just standing there, closer.

As J had said, every time they looked up, it was closer but not moving.

All of them recounted how surreal it was to see a dog standing on its hind legs. I don’t know if it ran for a few ticks and then stood up again at intervals in the field, but that’s the way they describe it. Many times I asked them, are you sure it wasn’t a bear? No. It definitely was a dog standing on hind legs. A big dog that was stalking them.


Also, this is in Lane County, Oregon in the year 2000...there are few if any bears out there. It would be odd but, then again I wasn’t there.


The kids got into the car and sped off, leaving the Pisgah dog to his own business. I’ve never had a reason to doubt any of their stories (in fact, S doesn’t like to talk about the incident at all because it’s too creepy for her to recall). - BB
Posted by arclein at 12:00 AM