A Texas scientist was called ‘foolish’ for arguing the immune system could fight cancer. Then he won the Nobel Prize. 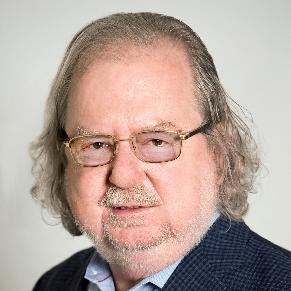 Immunotherapy was obvious. Making it work has turned out to not be so obvious.  Yet we have our first serious drug that uses it to resolve at least twenty percent of Melanoma cancers.  It is also indicated as at least beneficial elsewhere and plenty more work needs to be done.

I do hope that ongoing research can develope many more solutions.

A Texas scientist was called ‘foolish’ for arguing the immune system could fight cancer. Then he won the Nobel Prize.


AUSTIN — It was Christmas Eve 1994, and James P. Allison was testing his theory that T cells, a type of white blood cell that fights viral and bacterial infections, could help the immune system fight cancer. That week, he was covering for a postdoc aide on a European trip, who’d injected cancerous mice with an antibody to activate T cells to go after tumors. The results were stunning: All of those given the antibody became cancer-free, while the mice not provided with the antibody saw their tumors grow until they eventually died.


Allison ran back the experiment. But this time, the cancer didn’t respond. Allison grew frustrated. “I was being told, ‘You’re just foolish, this is never gonna work,’ ” he said in an interview with The Washington Post. “That was one that really pissed me off.”


But when he returned four days later to check on his furry subjects, the tumors in the mice injected with the antibody had totally disappeared. “I went, ‘Wow,’ ” said Allison, 70. “That was a real turning point. I said, ‘Okay, we’re onto something here.’ I never expected that to happen. I did have a notion that if we could figure that out, then we might have a shot at cancer.”


'There is hope for cancer patients': James Allison awarded 2018 Nobel Prize for medicine

American James Allison and Japanese Tasuku Honjo won the 2018 Nobel Prize for medicine for discoveries regarding the use of the immune system to fight cancer. (Reuters)

Almost a quarter-century later, after countless medical trials, doubt from his peers and uncertainty of whether a product based on his discovery would ever be available to the public, Allison was a co-recipient of the 2018 Nobel Prize in physiology or medicine for his work on how to use the body’s immune system to combat cancer. To date, Ipilimumab, known as “Ipi,” and other immuno-oncology drugs have treated nearly 1 million patients worldwide.


Sipping a light beer in a hotel restaurant overlooking downtown Austin, Allison reminisced about his road from small-town Texan who lost multiple family members to cancer to barrier-breaking doctor whose story is now featured in “Breakthrough," a documentary that premiered earlier this month at the South by Southwest Film Festival.


“If somebody tells me I can’t do something,” the Nobel Prize winner said, “you know, I don’t deal with that very well.”


The Texas-infused documentary reflects the highs and lows of Allison’s groundbreaking work, from the long days researching the holy grail of immunology to the sometimes longer nights fueled by Shiner Bock at the local honky tonk. There are also the casual hangouts where he’d play harmonica next to Willie Nelson, including his most recent guest spot this month. “I’m really nervous,” Allison, who most recently played with Nelson at the 2016 Austin City Limits music festival, told The Post ahead of the gig.


When Allison was 11, in Alice, Tex., about 45 miles west of Corpus Christi, his mother, Constance, was always in bed with burns on her neck. She was fighting lymphoma, and the burns were from her radiation therapy. He’d hold her hand without understanding what had made his mom so sick.


“Then, one day, I came in and they said, ‘Sit down with your mom.’ And she died right then,” said Allison, now chairman of immunology at University of Texas MD Anderson Cancer Center in Houston. “I didn’t really know what it was from. People in those days didn’t even talk about cancer. I only found out a couple years later, over my dad talking to my oldest brother.”


In the void created by his mother’s passing, Allison, who graduated from high school at 16 and defended evolution against skeptical teachers and lawmakers, turned to science. In 1977, Allison and a colleague wrote in a letter to the journal Nature that their research into T cells suggested that the immune system could not be attacked by cancer cells. From there, he bounced wherever he could go to advance his research on T cells, from Austin and Berkeley, Calif., to New York and Houston.


As The Post’s Laurie McGinley reported, cancer has been a recurring sadness for Allison. A brother and two of his uncles succumbed to cancer, and Allison, himself, has even faced early-stage cancer three times.


“Everything really dramatic that’s happened in this country has been by somebody who had an irrepressible pioneering, and often irreverent approach to life,” said Bill Haney, the film’s director. “And you see this in Jim, throughout the entire arc of his life, you see this extraordinary spirit of America.”


After publishing a paper in 1996 based on his T cell findings two years prior, Allison’s goals were clear: Create the antibody and make it into a drug that could work safely in humans, and find a way to eventually get it to not just clinical trials but also to market. But it was an uphill climb to make “Ipi” a reality, one that included a full-five year study and significant financial risk from pharmaceutical company Bristol-Myers Squibb.


Fifteen years after publishing his paper on T cell activation, the stubborn Texan saw the Food and Drug Administration approve “Ipi” on March 25, 2011. Among the million or so patients worldwide who have now been treated with “Ipi" or another form of immuno-oncology drug are tens of thousands with melanoma, according to the Cancer Research Institute. Twenty percent of those patients are kept alive at least a decade after treatment, a significant jump given that melanoma kills almost half its patients within a year. But immunotherapy doesn’t work for all cancers, specifically glioblastoma, a brain cancer, or pancreatic cancer, Allison said.


Since “Ipi” was accepted in 2011, Allison has received countless emails or handwritten notes, many from people he’s never met, thanking him for keeping their loved ones alive.


“Two years ago today, my 63-year-young Richard was diagnosed with metastatic melanoma to the brain and everywhere else,” Allison read from one note in the film. “Thank to your fortitude . . . Richard is alive and well, treatment-free for over a year. The words ‘thank you’ do not begin to cover the gratitude in your persistence to make sure immunotherapy be brought worldwide.”


On the fourth floor of Hotel Van Zandt, Allison — who sports long gray locks, a wispy beard and dark-framed glasses over his round red nose — argued that the full benefits of immunotherapy are still filtering into the medical field.


“The real thing that I think we need to do is get out of our silos,” Allison told The Post. “Because there were three pillars of cancer therapy — radiotherapy, surgery and chemotherapy — and now there’s a fourth. The fundamental difference between those and immunology is that immunology is a unifying, possibly synergistic addition to the other things.” He added, “What it takes to kill some tumor cells and let the immune system do its thing is for radiotherapists and the chemotherapy people and the small-molecule people to say, ‘We don’t need to kill every last cancer cell. We can drop the amount, the duration and the therapy.’ ”


It’s a sentiment echoed by Padmanee Sharma, a research partner and immunologist at MD Anderson, who is also Allison’s wife. She said the patients deserve credit for taking a chance on the drug in the clinical trials.


Allison laughed thinking about the morning of the October 2018 Nobel announcement. He was in New York, awaiting what he thought was surely another disappointment from the Nobel committee, which had not selected him in previous years when he was up for the prize. He was in Manhattan in support of Sharma, who was in town to receive an award. “I was just her arm candy,” he said. Haney had just concluded shooting the documentary the day before and asked his subject about his prospects of winning the award.


“He was like, ‘I’m so ... sick of this. Tomorrow, I gotta deal with it again,’ ” Haney recalled Allison saying. “And then at 5 in the morning, champagne was popping in the damn hotel room.”


That morning, Allison was handed a phone and told someone wanted to congratulate him. It was former vice president Joe Biden, whose son, Beau, died of glioblastoma in 2015.


“I’m so happy for you,” Biden told Allison. “You deserve the recognition and I pray to God you’re going to save an awful amount of lives.”

Upon returning to MD Anderson in Houston days later, Allison was given a reception fit for a world champion — a marching band accompanying him into the building, dozens of signs saying, “You’ve made us proud,” and hundreds of people lining the hallways for a chance to shake his hand or take a photo with him.

On the night of the film’s premiere earlier this month, Allison, who hadn’t yet seen the documentary, was choked up. But he cleared his throat before that reiterating the fight against cancer is not over.