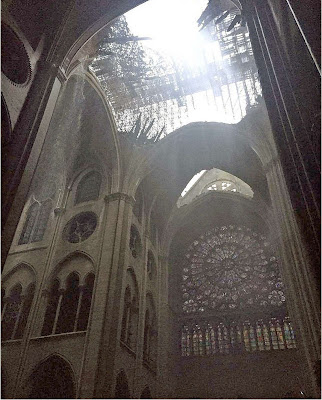 The Qanon feed has been quiet for the past two weeks, but that is hardly true regarding the hard news cycle.  Two events following the abrupt wrap up of the Mueller probe appear to be less than coincidental.

First though, the sudden departure of Andrew Weissman signaled the end of the whole nonsense and of course that came shortly after Barr asserted control.  It sounds like he immediately got to the bottom of what these guys were doing.  After all the final report has been actually ready for months according to sources.  At some point, we have a bunch of Trump haters waiting for the President to obstruct an investigation in order to justify their utter failure on the government's dime no less.

Then we got the report and the final wrap up and it was a nothing burger.  Much more important, it removes an investigation blockage that allowed the DOJ to not answer a slew of legitimate requests regarding the past regime.  Now they get to do it all over the next two years just in case they wanted ample publicity in the middle of an election cycle.  Justice delayed will be a bitch.

What was no coincidence is that Julian Assange was 'arrested' or sprung and will soon be back in the USA to testify regarding Hilary's emails in particular.  This is all part of the massive investigation taking place during the past two years that has garnered 96,000 sealed indictments and is led by the DOJ and the IG.

And then we watched Notre Dame burn out.  Possibly a coincidence.  Restoration work was certainly underway, and there are few more vulnerable situations to accidental fire or arson.  All tools need cleaning with an oily rag and those do get set down and left in the damnedest places.  Having experienced such an event, i am well aware of the real risk and just how difficult it is to guard against. Or any operative can get in and set a fire as security is scant.  My point though is that this is your two most likely options along with an electrical fire as well.  Sadly we may well never know.

They have done well in saving the building.  Treasures where extracted, roof statues were away for  restoration and none of the stain glass was lost which tells me that damage to the stone was minimal.  The picture here says as much.  That is good news.

Funds have already been pledged for a full restoration and the result will surely be lavish and triumphant and may serve to revive Christianity itself.

Q !!mG7VJxZNCI ID: 6661a0 No.6138770
Apr 11 2019 13:34:08 (EST)
If we are merely a LARP asking questions on the Chans, why are we being attacked daily by some of the world's biggest media co's, social media co's deliberately applying censorship/banning, shills paid/inserted to disrupt (media matters), blue checkmark coordinated attacks, etc.?
All for a 'conspiracy' on the Chans?
All for a 'LARP'?
Why is there a constant flow of disinformation being pushed re: Q?
Example:
Disinformation push re: Mueller is a white hat.
FAKE & FALSE narrative.
Think BLOCKADE.
When you can't attack the information directly, you attack the source, if that fails, you 'create false misleading information' to discredit knowing 'select' 'unaware' followers would not take the time to self-corroborate the claims (same vehicle/tactics used by FAKE NEWS media).
Logical thinking always wins.
Nothing can stop what is coming.
As the target(s) turn to the other side, the attacks will intensify.
We have the source.
Q