Stopping A Migraine With Salt In A Second? 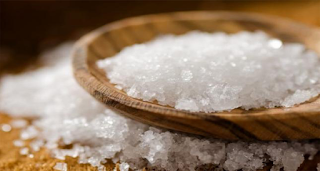 Nice story line that quickly morphs into a pitch for Himalayan salt.

However, i do think that redressing mineral imbalances is an excellent place to start when it comes to treatment for any disease or issue as it allows your blood to do its job.  I personally would prefer to consume a package of Dulse instead or even eat a dish of oysters.  We do know that mineral and salt deficiency will produce a headache so at least this eliminates that option safely.

If you are lucky, then it may turn out to be good enough.

Stopping A Migraine With Salt In A Second

People who suffer from migraine condition are often troubled to find different ways to get rid of the symptoms and the awful pain.

There is nothing funny about the migraine and the pain it causes, it can literally ruin your entire day and really take you down. Worse part is that some kind of migraines can’t be subsided with ordinary painkillers. Well, there is something else that does offer a great deal of help and it is very cheap. That is salt.

Using a Salt for an express relief of pain

Suffering from migraine, I think I have tried every single way I have known, heard and read about it just so I can stop the pain or at least reduce it. Pain the migraine causes it can literally turn your ordinary day into a disaster. After many failed attempts luckily I found out about the way that turned out to be very successful for me. And what’s really amazing thing about it is that I don’t have to use common known drugs.

If you decide just like me to use salt to stop the pain caused by migraine there are some basic things you should know.

First one:          since you’re going to use a salt, make sure it’s the best salt known in the world today. It’s called Himalayan crystal salt, and it’s scientifically proven to be the best for it’s extremely rich composition of minerals, elements and electrolytes. There are 118 elements known in the science today and this kind of salt contains 84 of them, so you do the math why it’s the best salt known to be out there. What this kind of salt does is simply reduces intensity of the pain, makes our immune system stronger by giving balance to the production of hormone called serotonin, which also results in increased energy levels. Another benefit of this salt is that it increases the presence of alkaline and electrolytes in our body system by keeping things in balance.

The whole process of using it it’s extremely easy.

Simply pour the lemon juice in a glass, add one teaspoon Himalayan crystal salt in it and drink it! It really does work incredibly. You can try with a small amount: by squeezing only half a lemon first and adding 1/2 teaspoon of this salt. Works for most people.