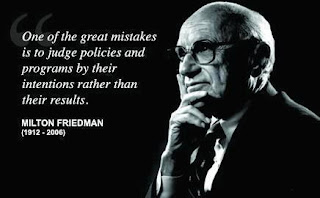 ' a socialist community was a relatively small, voluntary association of people holding property in common, sharing the burdens of work, and distributing the wealth they created in a relatively egalitarian way.' is of course the correct starting point.  Add in the correct details and it all works splendidly.

Those details are critical.  They are as follows:

1  The operating size of the community needs to be 150 +- 20 in order to be optimal and socially stable.  We know this from sociology and anthropology.  In the urban environment they can even be virtual although this loses economies.

2  The community needs to be governed by the rule of twelve which is a set of governance rules allowing project leadership to be appointed, credit to be assigned and disputes to be resolved amongst other issues.  The rule of twelve will have the following authorities:

a) pass major issues to a community vote.
b) Deal on all issues under its mandate as approved by the community. normally credit decisions, leadership issues, and disputes.
c)  Report to the community at large.

All meetings are called by a third party Caller who maintains a record of proceedings.  The Caller hears requests for a meeting from anyone and calls the meeting as deemed required by urgency or workload.

Participation in leadership should involve recognized  speaking to the land in which the individual has shown good husbandry to all.

3   The community operates a computer based banking system for its internal currency and this is independent from external currencies but interchangeable depending on available surpluses.  much more important is that this facility can create loans for internal consumption in order to employ individuals inside the community.  This is meant to monetize community investment and wealth creation and avoid any exploited labor in particular.  Twelve year olds can earn a wage for a four hour or two hour duty shift.


This system will work ideally alongside an agricultural base that can respond well to opportunities to produce earning labor internally.  Otherwise we have external incomes providing internal demand and external capital for other needs.

The failure of the socialist community was not the idea itself but monetary ignorance and the failure to empower community wealth creation.  So long as an elite chose to monopolize fiat currency production the poor remained poor.  Where they took total control, all became poor.


Socialism needs to be about empowering the internal credit of a community of 150.  After that is done, the rising base will produce massive surpluses quite able to finance larger necessary infrastructure as well.  The rule of twelve can be used to guide that as well.

Socialism as a possibility will exist so long as capitalism persists as a reality. But socialism is a possibility that has to be reinvented. What are the ideas to be reinvented? The first socialists, like Robert Owen or Charles Fourier, thought a socialist community was a relatively small, voluntary association of people holding property in common, sharing the burdens of work, and distributing the wealth they created in a relatively egalitarian way. Socialism was the elimination of poverty and, therefore, crime. This might surprise us today since we associate socialism with the state, not with voluntary communities. State socialism is an invention of people like Louis Blanc and Karl Marx.

They thought the problem was not just private property but that a particular class monopolized control of that property. That meant the only way to transform society was by seizing the state and using it to expropriate the capitalist class.

This was more than a tactical point. Figures like Marx saw in modern technology not just the elimination of poverty but the emancipation of human potential. Socialism would be a paradise of productivity, leisure and abundance. Robots would replace workers and the remaining hard labor would be reduced to a minimum by everyone sharing a liability to work. The eight hour day would become a six hour day, then a four hour day, without any sacrifice to consumption, and with everyone enjoying access to some productive property that they could use to develop their creative powers.

All of this sounds a bit lost in the mists of time or like pie-in-the-sky thinking, not because it is impossible or unattractive, but because our society has so little political momentum. We are a capitalist society because the alternatives have been defeated, for now anyhow. It is a cruel twist of fate that capitalism, not socialism, seems like the historically inevitable social order. In the absence of large-scale socialist movements or socialist parties that, unlike actually-existing European “Socialist” parties, believe in socializing the means of production, socialism just remains an idea. It is almost like a subjective preference that I might have, but that is of little social consequence. I think the key to its reinvention will be what made it appealing in the past: the ability to identify unsatisfied and urgent desires that capitalism cannot satisfy, and then organizing society around those desires. There are many anti-racists, anti-sexists, anti-privilege activists. But socialism, if it is to become something with mass appeal again, will have to begin with what it is for, not what it is against.

Here I think Marx was on to something. A place to start is the hope that technology can emancipate people from hard labor without any sacrifice to their enjoyment of life. Universal leisure, universal consumption. So, against the Leftists who think the problem with capitalism is too much consumption, a socialist could argue that capitalism constrains consumption. In capitalism, we are allowed to consume so long as most continue to work too much or too hard at unsatisfying jobs. If anything, this means capitalism is underproductive because it squanders so much human talent on deadening or pointless tasks – tasks a machine could do. It seems to me the possibility of the four-hour day is still something socialists should hold on to because it is not something that capitalism can offer – except to the super-rich or to the under-employed. For the latter, it is a cruel joke, a source of anxiety not satisfaction. It is possible, even right now, for everyone to enjoy well above subsistence levels of consumption while working much less.

Another latent desire might be to think about the development of one’s own capacities independent of their monetary value. Words like ‘human capital,’ ‘human resources,’ or ‘leveraging abilities,’ are the watchwords of our capitalist society. They speak volumes about how we think about our skills and talents. We are encouraged to see them instrumentally, like we would a stock portfolio, rather than as something connected to our own life projects. Of course, there is a good reason for us to do so: one thing we want to know about our efforts is whether they are useful. In our society, whether someone is willing to pay for it is the dominant measure, and, so it appears, the more someone pays the more urgent the need that we satisfy. As reasonable as this sounds in any given instance, we know that on the whole, given the extreme inequality in wealth and income and the lack of democratic control over production, we end up serving not the most urgent needs but the needs of the wealthiest. The development of our abilities is subordinated to the need to make a living, and the jobs that count towards making a living depend disproportionately on the needs of the best off.

Here too, I think socialists have something to offer. Not just a generous system of welfare provision – health care, education, housing, basic income – but also access to productive property so that we may experiment with creative powers without having first to be concerned with surviving. I suspect that, in a society like that, most people would voluntarily contribute their talents to meeting the needs of others, not out of some altruistic impulse but out of the personal satisfaction of finding a fit between their own aptitudes and social needs. Our society gets most of its work done by forcing people to sell their abilities for a wage. A socialist society would I think require much less compulsion to meet those needs, in part because the needs would be redefined away from the preferences of the wealthy, and in part because those who work would find that greater fit between work and social purpose. That, anyhow, is the kind of socialist desire worth thinking about.

But again, these are all utopian possibilities. And they remain so until there is a class able and willing to give them a more definite shape.
Posted by arclein at 12:00 AM