A Simple Question for Minimum Wage Advocates Would you be okay with this? 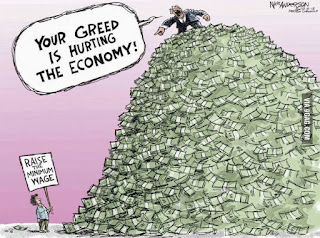 The quibbling goes on and this is an economist. talking.  The whole thing wrong with the minimum wage meme is that its implementation must be done by establishing a default labor bid.  That is a price point in which everyone with a day of idle time can go to and use.  We have already established a fair price point for an hourly rate of $15.00.  That can easily be linked to a percentage discount from the average wage.

However, that price point becomes meaningless if it cannot be accessed.  For that i have thought long and hard and have come to understand that access needs to be through a simple four hour shift engaged in light duty.  That shift can be used to pay for a bed and breakfast and lunch.  Thus the client is free to engage in other efforts for the afternoon and evening and is not cut off from such endeavors.  At the same time, $60 can easily pay for a common bed, breakfast and lunch and leave money in hand for supper.  As indicated the secret is the application of the four hour shift.

Industry can make full use of this service and will produce plenty of private demand.  However, There are plenty of tasks available that the common good needs to address and to which new and released financial resources can be readily transferred.  One such is woodland grooming which requires minimal training, minimal tools and provides good exercise and fresh air.  That alone can handle as many live bodies as can be found.  Add in proper food recycling in support of all this endeavor and we have plenty of internally generated work as well.

My key point to the blind, dumb and stupid is that a properly constructed market demands no enforcement at all.  All economic issues are best addressed in terms of engineering the underlying market itself.  What we have just described is system of natural defaults that the individual can easily and willingly navigate, while leaving him completely free to do better when it is possible.  Regrettably economists have never been taught to think like this.

A Simple Question for Minimum Wage Advocates
Would you be okay with this?


I will return in a later post to the topic of my previous post, namely, the validity or (as I see it) invalidity of the argument that proposes a tolerance of locally set minimum-wage rates if not of nationally or super-nationally set rates.


I state, however, here and again my conclusion: Legislating minimum wages – that is, enacting a policy of caging people who insist on entering voluntarily into employment contracts on terms that political elites find objectionable – is no more attractive or justified or likely to succeed at helping low-skilled workers if the particular caging policy in question is enacted locally than if it is enacted nationally or globally.


In this short post, I ask a simple question of all advocates of minimum wages: If enforcement of minimum-wage policies were carried out in practice by policing low-skilled workers rather than employers – if these policies were enforced by police officers monitoring workers and fining those workers who agreed to work at hourly wages below the legislated minimum – would you still support minimum wages?


Would you be good with police officers arresting those workers who, preferring to remain employed at sub-minimum wages rather than risk losing their current jobs (or risking having do endure worsened employment conditions), refuse to abide by the wage terms dictated by the legislature?


Would you think it an acceptable price to pay for your minimum-wage policy that armed police officers confine in cages low-skilled workers whose only offense is their persistence at taking jobs at wages below those dictated by the government?


If a minimum-wage policy is both economically justified and morally acceptable, you should have no problem with this manner of enforcement.


(You might still prefer, for obviously aesthetic reasons, enforcement leveled mainly at employers. But if the policy is to unleash government force to raise wages above those that would be otherwise agreed to on the market voluntarily between employers and workers, then you should agree that, if for some reason enforcement aimed at employers were impossible or too costly, enforcement aimed at workers is morally and economically acceptable.)


If, however, you do have a problem with minimum-wage regulations being enforced by targeting workers who violate the legislature’s dictated wage terms, then you might wish to think a bit more realistically and deeply about just what it is you advocate in the name of economic improvement or “social justice.”
Posted by arclein at 12:00 AM