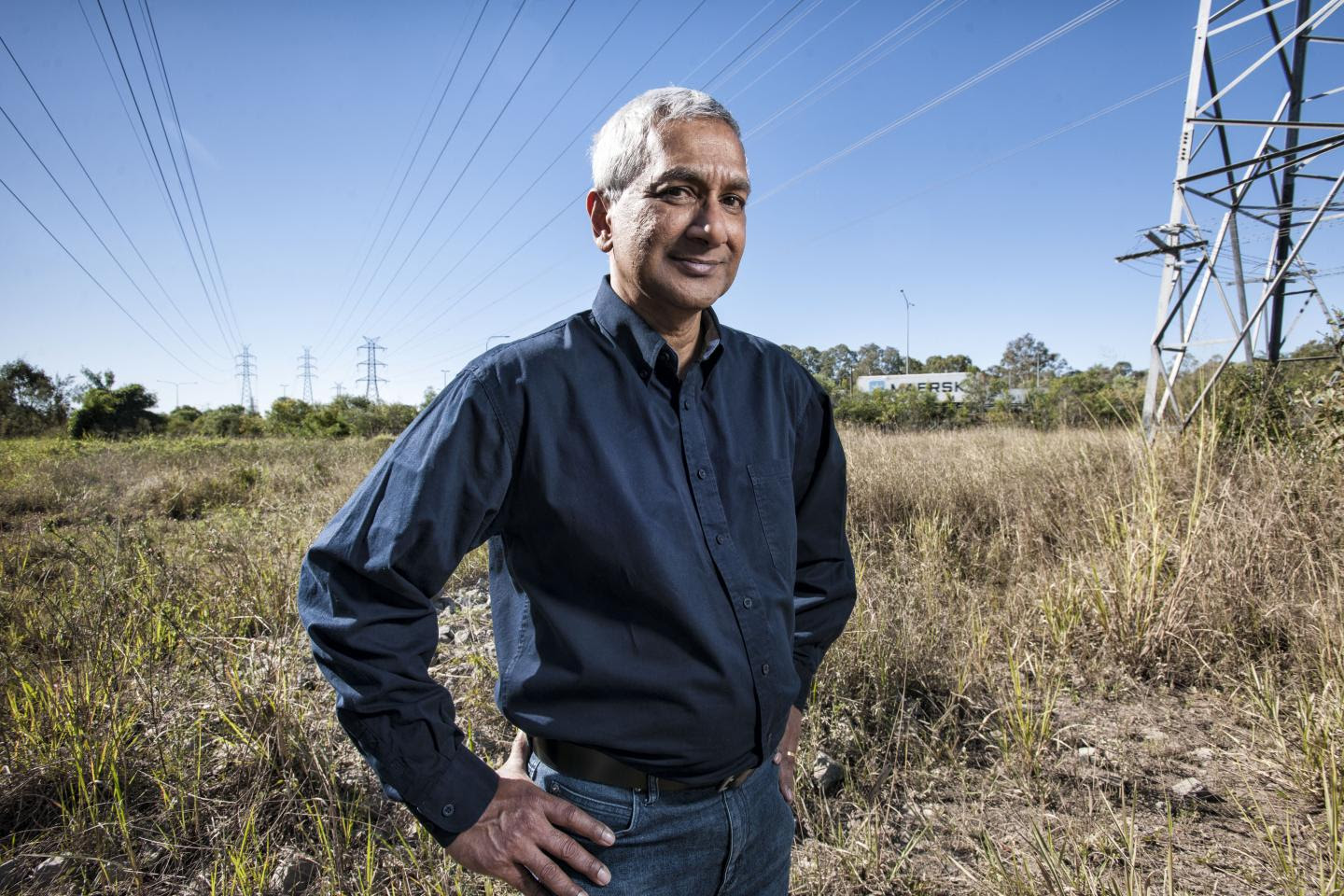 Someone has actually checked out what all happens and here we are.  It is nothing like folks think.  what is shown again is that we still underestimate the effect of exhaust gas.  That makes it rather nice that all that will disappear soon enough.


In the meantime we all forget that a cable does set up a strong magnetic field whose effect is real enough and is best simply avoided.  For the same reason i am not inclined to sleep beside a transformer.  Ionization may well be the least of it all.


Otherwise, protection is easy enough with a little chicken wire..

Despite community concerns about living under high-voltage power lines, a world-first QUT study reveals that there are far more charged particles beside busy roads.

The study, published in the international journal Science of the Total Environment was conducted by Dr Rohan Jayaratne, Dr Xuan Ling and Professor Lidia Morawska from QUT's International Laboratory for Air Quality and Health who found that within 10 metres of a freeway, charged particles were up to 15 times more concentrated than beneath high-voltage power lines.

"Although the effects of ions and charged particles generated by high-voltage power lines on human health is still open to conjecture, there has been a lot of attention on increased exposure due to expanding power networks in urban residential areas," said Dr Jayaratne.

"However what people do not realise is that a large number of charged particles in urban environments come from motor vehicle emissions.

"We found that the concentration of charged particles found near the Gateway and South East Freeway near Brisbane was far greater than those under corona ion-emitting overhead power lines. The difference was more than twice even up to a distance of 40 metres.

"This was especially the case when the traffic included heavy-duty diesel trucks and I think it is something to consider when new housing estates are planned."

Dr Jayaratne said that while there was no evidence that breathing in air ions was a health risk, approximately one-half of the fine particles that we inhale during normal breathing are deposited in our lungs. Therefore, it is not surprising that several studies have demonstrated a link between particulate pollution from exhaust fumes and adverse health effects.

"This link is stronger in urban environments where the majority of particulate matter comes from motor vehicles which are known to be harmful. Diesel emissions contain a range of toxic chemicals and have recently been classified as 'probably carcinogenic to humans'," Dr Jayaratne said.

"I feel these findings may have potentially important implications for the atmosphere, climate, urban planning and particularly for human health".

"We do not believe that ions are dangerous - the danger comes from the pollutants. The ions merely assist the particles to stick to the lungs. If there are no dangerous particles in the air to attach to the ions, there is no risk of ill health."
Posted by arclein at 12:00 AM