Have Scientists Just Spotted Stonehenge-Style ‘Standing Stones’ On A Comet?

Hardly of course.  However comets do pass close to the sun and are exposed to massive gravitational stresses while producing scant of their own.  Movement appears inevitable and then it is a matter of terrain interference.

Considering that before we ever saw a comet, we suspected the objects were been crushed, we are getting off light.

In short there is ample driving force available.

Have Scientists Just Spotted Stonehenge-Style ‘Standing Stones’ On A Comet?

The formations on the surface of 67P/Churyumov-Gerasimenko

Cameras on the Rosetta space probe have spotted what appears to be a huge Stonehenge-style ‘standing stone’ - on the surface of a comet.

One of the rocks - a huge boulder with a diameter of around 90 feet - appears to be balanced precariously on the Comet 67P/Churyumov-Gerasimenko's surface.

‘We had noticed this formation already in earlier images, however, at first the boulders did not seem to differ substantially from others we had seen,' says OSIRIS scientist Sebastien Besse from ESA, who first noticed the formation.

'How this apparent balancing rock on Comet 67P/C-G was formed is not clear at this point,' says OSIRIS Principal Investigator Holger Sierks from the Max Planck Institute for Solar System Research (MPS) in Germany.

The scientists believe that the rocks may have moved from their original location, due to ‘transport processes’ on the surface. 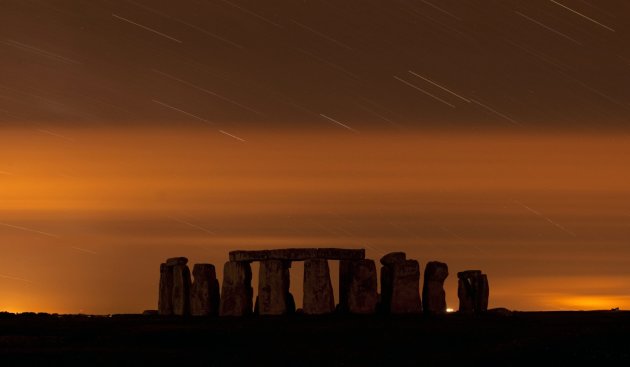 The researchers say, ‘Scattered boulders are seen in many places on the comet’s surface, sometimes in otherwise relatively smooth regions. 'One of the largest – Cheops – measures approximately 45 metres in size and sits in the middle of the smooth part of Imhotep on the underside of the comet’s large lobe. In other regions, it is more common to see rubble piles comprising hundreds of boulders.’

The scientists hope that further detailed imaging of the rocks and other formations on the comet’s surface will reveal more information.
Posted by arclein at 12:00 AM