Why your immune system is key in the fight against cancer 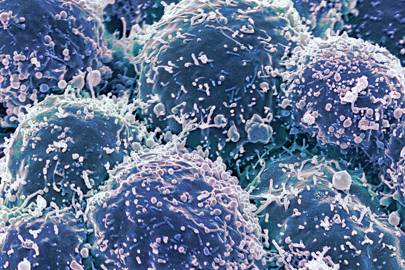 This has been obvious from the beginning.  Turning that into a medical protocol has never been obvious.  Now with the advent of a much deeper understanding through simple scientific research, new protocols are arising.

A flood of real progress is now plausible.


Why your immune system is key in the fight against cancer


We are at the dawn of a health revolution. Cancer physicians agree that immune therapies – the subject of the most recent Nobel Prize in Physiology or Medicine – is a game-changer, and now sits alongside surgery, radiation and chemotherapy, as a mainstream option for the treatment of some types of cancer.
Crucially, neither of the two Nobel Prize winners, Jim Allison and Tasuku Honjo, directly set out to cure cancer – “that wasn’t it at all,” Allison has said – they were trying to understand how the immune system works. And this can’t be emphasised enough: curiosity-driven research won the prize and brought us new cancer medicines.
Some scientists do and should focus on understanding cancer or other diseases but we must also fund science which might seem esoteric – those who are merely asking what does this or that gene or protein do in the body – because so many of our greatest discoveries came out of left field. As cosmologist Martin Rees once wrote: “A research proposal to make flesh appear transparent wouldn’t have been funded, and even if it had been, the research surely wouldn’t have led to the X-ray.”
It was in trying to understand the details of what two specific receptor proteins did in the immune system which led Allison and Honjo to stumble upon our immune system’s brakes. They discovered brakes built into the immune system to dampen its activity after some time. Brakes act on the immune system to bring the body back to its normal resting level after a virus, for example, has been cleared from the body. This led to the idea of using medicines to block or switch off these brake receptors to unleash a stronger and longer-lasting immune response to better fight cancer.
Now – with money, people, excitement and imagination – we should redouble our efforts. The science here is still relatively new. There are many other receptors, some quite recently discovered, which also regulate immune cell activity. Each can, in principle, be blocked to boost (or in some cases dampen) a component of the immune system. And each can be blocked alone, in combination, or alongside other therapies.
As well as this, entirely different approaches to immune therapy are also proving successful. One, called CAR T cell therapy, involves isolating a patient’s immune cells (T cells specifically), genetically modifying them to include a receptor protein able to target the person’s cancer, before the cells are then infused back into patients. This has recently been approved for the treatment of children with acute lymphoblastic leukaemia, for example. It is not mere hype to suggest that we are at the dawn of a health revolution.

A vast global community is continuing this adventure which has opened up our body’s immune system for what it is; not a part of our anatomy which can be described with any simple metaphor, like the heart as a pump, but a multi-layered, dynamic lattice of interlocking genes, proteins and cells – all of which amounts to one of the most complex and thrilling frontiers of scientific inquiry in the 21st Century. Unravelling more details is going to bring us new medicines. Even more so than you might imagine, because it has recently emerged that the immune system is intimately connected with an enormous range of diseases, such as heart problems, neurological disorders, obesity – perhaps nearly all diseases.
Take one example: Alzheimer’s, the well-known and sadly, relatively common, cause of dementia. It has long been thought that clumps of amyloid protein in the brain underlie this disease, but a crucial problem with is that by the time a patient shows symptoms, the problem has been going on for some time so that its initial trigger has been notoriously difficult to identify. One idea to emerge recently is that the amyloid protein clumps might be part of an anti-bacterial defence in the brain, and that the real underlying problem might actually be microbes. This is still controversial but one recent study has suggested that bacteria which cause gum disease may play a role in Alzheimer’s too. If proven, this would open up a clear route for immune therapies, or anti-bacterial medicines, to impact dementia.
Another line of research has explored the idea of vaccinating against amyloid plaques directly. Here, an immune response is triggered against amyloid plaques by vaccination so that a person’s immune system will then be primed to break down small plaques before they cause a problem. We won’t cure Alzheimer’s tomorrow, but we have now have found a promising solution: it’s the immune system, stupid.
Daniel Davis is the author of The Beautiful Cure (Vintage, 2019)