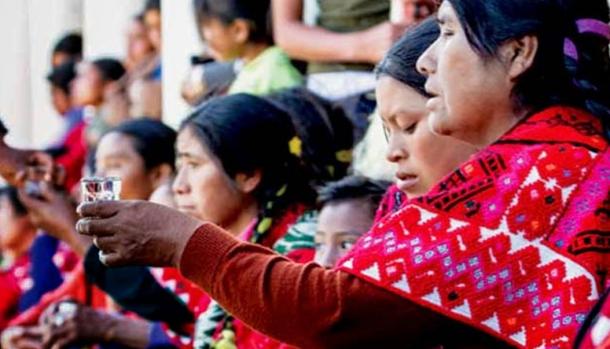 This is an alcoholic beverage made up from sugar cane, fermented corn and wheat bran.  That last item dates this concoction to post contact and makes it a rather typical mash based product without the distilling.

Now no one rushes out to drink corn wine, and we can be sure that the flavor is lacking.

There are no other psychoactive ingredients at all.

So now you know.

Pox, (pronounced posh) is an ancient Mayan alcohol drink traditionally prepared by shamans in the mountains of Chiapas in southern Mexico. Now, you can find swanky city bars offering Pox on their cocktail lists, but its effects aren’t for everyone, far from it.

Since 2012, pox has been distributed outside of the Chiapas state, a region first inhabited by hunter gatherers around 7000 BC, to mixologists and ultimately to the lips of hipsters all over North America. The heady brew was created by the Tzotzil Mayans of Chiapas. They famously fought back against the Spanish conquistadors in the 16th century and preserved much of their Mayan culture, which included the drinking of pox in ceremonial rites. The word pox means ‘medicine’ or ‘healing,’ poxtaiwanej is a doctor, and poxna is the Tzotzil house of medicine (pharmacy.)

According to Encyclopedia Britannica , Tzotzil people lived in mountain highlands with volcanic outcroppings and in valley lowlands. They primarily grew corn (maize), beans, and squash. A recent article in Food and Wine interviewed mixologist Carlos Eduardo Ruiz who works at the Royal Hideaway Playacar, who said “the use of pox as a bar ingredient is a new phenomenon, as it was originally used for its medicinal and magical properties by h’iloles—healers—and spiritual guides.”


Pox has been sold at high-end bars in Mexico City and Tulum, and it has always been readily available in Chiapas bars in the cities of Chamula, San Cristóbal de las Casas, and Zinacantan. However, the spirit has only just found its first commercial footholds in California, Texas, Nevada, and Washington, and while a shot of pox might enhance ones bar chat and increase ones game, the drink has deeply spiritual origins.

The Spiritual and Medicinal Origins of Pox

Pox was traditionally a sedative medicine and an antidote to snake bites. It was rubbed to relive joint problems and was eaten to cure diseases, purify the blood, and stimulate the digestive system. An article by Peoples of the World explains that Tzotzil people observed strict religious traditions “involving not only the living, but the dead also play a role in Tzotzil spiritual belief.” Death is accompanied by burial, which includes artifacts for the deceased to take to the next world - it was during this ritual that pox was used to enhance spiritual feelings and notions as a loved one’s soul transited.


The Food and Wine article details how pox is made: fresh water, sugar-cane, wheat bran, and fermented corn are all placed in a vat and boiled. Being stirred “every two hours using wooden sticks, for 12 hours… The mixture is then covered and left to ferment for at least a week.” According to Ruiz “the flavor and color can change by adding fresh herbs such as rosemary, peppermint, lemon tea, and laurel. Its relatively low alcohol content—at 38 percent—might inspire people to drink large quantities, but be warned— the corn and sugar can lead to nauseating hangovers.” 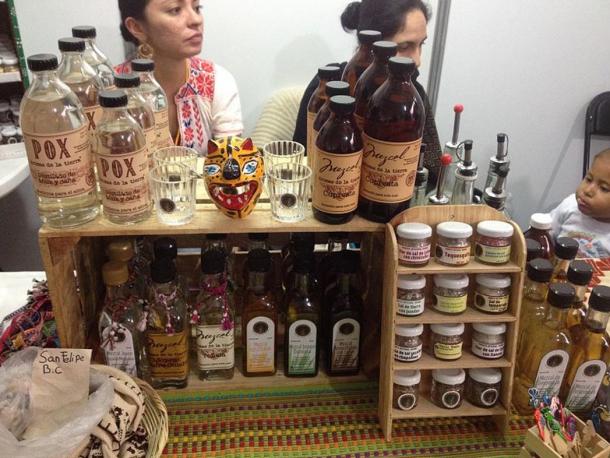 Alex Branch, executive chef of Herringbone Los Cabos and Casa Calavera in Mexico told reporters at Food and Wine that “In the past, stomach pains and gastric issues were thought to be caused by evil spirits. People would drink pox to rid the body of those unwanted guests.” Ruiz told reporters that the liquor (known as agua ardiente, or fire water) “acts as an entry point between the material and metaphysical world in indigenous communities and cures both physical and spiritual ailments.”
Pox and the Spirit

According to Maya scholar Michael Coe in his 1999 book The Maya , the Tzotzil shamans believed humans had two souls; the ch'ulel and a wayhel. The former was the personal soul, which resided in the heart and blood and was believed to have been placed there by ancestral gods. Composed of thirteen parts, losing a part of ones ch'ulel meant a curing ceremony was performed by a shaman to recover it, and that involved drinking pox.

Tzotzil shaman believed that when death occurred, one’s inner soul left the body and went to the Katibak, the world of the dead in the center of the earth, where it remained for an equal number of years as it had been alive. In true Benjamin Button style, the souls of Tzotzil people then lived in reverse, getting younger and younger until the ancestral gods assigned it to a newborn of the opposite sex. Various stages of the transit of the soul required the deceased person’s family to drink pox. 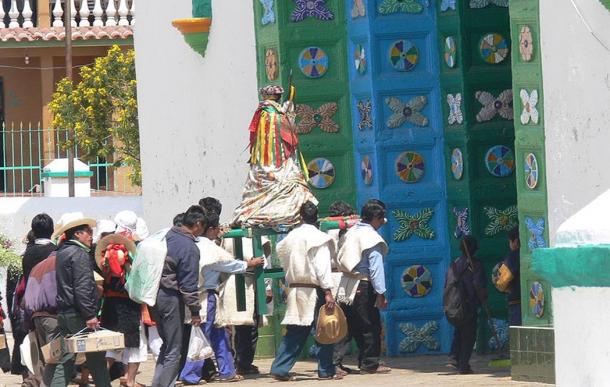 You might ask how such a drink has found its way into the North American food chain - an answer is offered by Carlos Hannon, Latin American director of food and beverage for Toro, who told Food and Drink that he "attributes its increased popularity to millennial interest in artisanal products from small suppliers.” The thirst to try new “artisanal” alcoholic drinks like pox is most probably a result of the vast success of artisanal ice cream and beers, which have crafted themselves a multimillion dollar market in the last decade.

It was a two decade long struggle for exporters to obtain permission to get the drink out of the state and then Mexico, and one can only assume that the North American importers faced a similar struggle. Whether “fire water” will stick and prove commercially viable only time will tell, but its production is helping an otherwise struggling part of Mexico, so here’s hoping! Cheers.

By Ashley Cowie
Posted by arclein at 12:00 AM