A Troubling Discovery in the Deepest Ocean Trenches 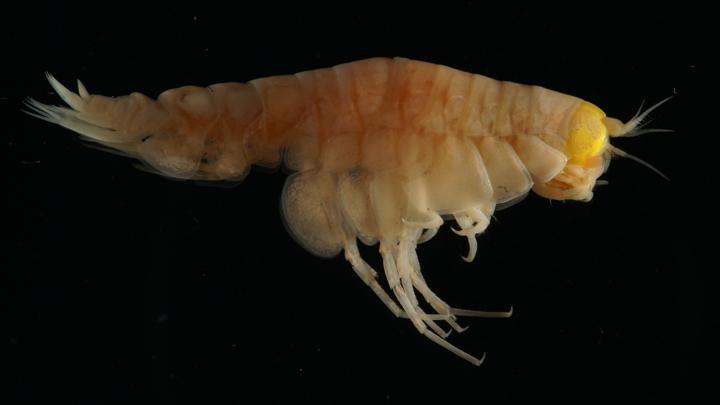 Not too surprising.  What it tells us is that plastic debris is persuasive throughout the whole water column and inescapable for all marine life.  Same is true for sand as well.  None of it is particularly chemically reactive and is neutral that way.  Mechanical risk still remains, but biology is pretty good at controlling all that.
Long term we have to solve this problem properly.  Much longer though, the column will slowly push all this  material by way of the biota down into the seabed or alternately fully oxidize it however long that takes.

Long term we are transitioning to a society that will revolve around full forest husbandry and an unlimited supply of forest products. Displacing petroleum feed-stocks is plausible with forest based feed-stocks and that should allow full replacement.

A Troubling Discovery in the Deepest Ocean Trenches

In the Mariana Trench, the lowest point in any ocean, every tiny animal tested had plastic pollution hiding in its gut. Ed Yong Feb 27, 2019

Alan Jamieson remembers seeing it for the first time: a small, black fiber floating in a tube of liquid. It resembled a hair, but when Jamieson examined it under a microscope, he realized that the fiber was clearly synthetic—a piece of plastic. And worryingly, his student Lauren Brooks had pulled it from the gut of a small crustacean living in one of the deepest parts of the ocean.


For the past decade, Jamieson, a marine biologist at Newcastle University, has been sending vehicles to the bottom of marine trenches, which can be as deep as the Himalayas are tall. Once there, these landers have collected amphipods—scavenger relatives of crabs and shrimp that thrive in the abyss. Jamieson originally wanted to know how these animals differ from one distant trench to another. But a few years ago, almost on a whim, he decided to analyze their body for toxic, human-made pollutants such as polychlorinated biphenyls, or PCBs, which have been banned for decades but which persist in nature for much longer.

The team found PCBs galore. Some amphipods were carrying levels 50 times higher than those seen in crabs from one of China’s most polluted rivers. When the news broke, Jamieson was inundated with calls from journalists and concerned citizens. And in every discussion, one question kept coming up: What about plastics?

The world produces an estimated 10 tons of plastic a second, and between 5 million and 14 million tons sweep into the oceans every year. Some of that debris washes up on beaches, even on the world’s most isolated islands. About 5 trillion pieces currently float in surface waters, mostly in the form of tiny, easy-to-swallow fragments that have ended up in the gut of albatrosses, sea turtles, plankton, fish, and whales. But those pieces also sink, snowing into the deep sea and upon the amphipods that live there.

Brooks eventually found plastic fibers and fragments in 72 percent of the amphipods that the team collected, from all six trenches that they had surveyed. In the least polluted of these sites, half of the amphipods had swallowed at least one piece of plastic. In the 6.8-mile-deep Mariana Trench, the lowest point in any ocean, all of the specimens had plastic in their gut.Examples of fibers from trench amphipods (Lauren Brooks / Newcastle University)


Does a single fiber really matter amid all the sediment and detritus that amphipods regularly swallow? Jamieson thinks so. For a start, PCBs and other toxins can stick to plastic, turning fibers into sinks for other contaminants. Also, many of the pieces that his team found were relatively huge. “The worst example I saw was a purple fiber, a few millimeters long, tied in a figure-of-eight in an animal no longer than a centimeter,” Jamieson says. “Imagine if you swallowed a meter of polypropylene rope.”

If trenches from places as distant as Japan, Peru, and New Zealand can be contaminated, it’s likely that humanity’s plastic fingers have stretched into every part of the ocean, including habitats we have barely begun to understand. No marine ecosystem is untouched. “It builds upon a growing body of evidence suggesting that the deep sea, by far the largest habitat on the planet, may very well be the largest reservoir of plastic waste on the planet,” says Anela Choy from the University of California at San Diego.

“It’s not a good result,” Jamieson adds. “I don’t like doing this type of work.”

When he submitted his findings to a scientific journal, the researchers who reviewed the paper reasonably asked how he could tell that the fibers were actually plastic. “Our response was, ‘Some of it’s purple!’ ” Jamieson says. “There’s bits of pink in there. This doesn’t come from animals.” To satisfy the critics, his team chemically analyzed a subset of the fibers and found that all of it was synthetic.

They also took steps to ensure that they hadn’t inadvertently introduced plastic into the trenches. The landers that they used to collect the amphipods have some plastic parts, but they are all bright green and yellow, and no such colors were found in the specimens. Even if the amphipods had eaten plastic from the landers (or from the bait used to attract them), the team only dissected the last of the creatures’ several stomachs to avoid sampling their most recent meals. And they performed those dissections within a special chamber, where continuously rising air stops fibers from their equipment or clothes from settling in the samples. Given these precautions, Jamieson is confident that the fibers he found had sunk into the abyss on their own.

Other scientists have also found plastic litter in the deep; just last year, one team documented a plastic bag at the bottom of the Mariana Trench. Until now, no one had shown that abyssal animals were actually eating those fragments, but in retrospect, it seems obvious that amphipods would. They are exceptional scavengers that excel at finding food. By deliberately pumping water over their body, they can detect the faintest plumes of odor, and with taste buds on their legs, they can forage with every footstep. When a morsel hits the ocean floor, amphipods turn up in droves. “We can catch 10,000 in one day with just a pipe, some bait, and a funnel,” Jamieson says.

Food is scarce in the deep, so amphipods can’t afford to be fussy. They’ll eat pretty much anything, which makes them particularly vulnerable to plastics. And since they sit at the bottom of the trench food webs, their catholic appetite can doom entire ecosystems. “They’re like bags of peanuts,” Jamieson says. “Everything else eats amphipods—shrimp, fish—and they’ll end up consuming plastics, too. And when the fish die, they get consumed by amphipods, and it goes round and round in circles.”

“What you put in the trench stays in the trench,” he adds. Which means that the plastic problem “is only going to get worse. Anything going in there isn’t coming back.”

That’s a hypothesis the team can test in later studies. If Jamieson is right, then amphipods from deeper parts of the same trench should have higher levels of plastics than those from higher up. But Choy says, “We certainly don’t need decades of further scientific study to necessitate more responsible behavior and policies now.”

“I imagine pollution in the Mariana Trench is an abstract concept for most people, but for those of us living in the Mariana Islands this has consequences for what ends up on our dinner plates,” says Angelo Villagomez, an indigenous Chamorro from the Mariana Islands who works for the Pew Bertarelli Ocean Legacy Project. “So what can we do? The International Union for the Conservation of Nature recommends we protect 30 percent of every marine habitat to address human impacts, but that will only help if we’re also sustainably managing the remaining 70 percent, reducing carbon emissions, and limiting the pollution being dumped in the ocean in the first place.”
Posted by arclein at 12:00 AM