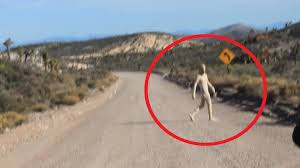 At this point the folks in charge essentially panicked and attempted to prevent the exit of the IS-BE by physical means. It just as obviously failed miserably, but certainly ended the ongoing conversation.

However we received a massive disclosure that worked within the envelope of our known knowledge. For that I am grateful.  I had already conjectured much, but this properly extends those conjectures nicely into the actual environment.

I now know that biological entities such as ourselves simply avoid the Space environment. Our future default will be to assume we are dealing with an artificial body often as not.  At the same time, the reptilian meme is likely Earth Derived and they of course reside in deep habitats which i expect we will also largely transition to as well.

They will also have a long history with the Old Empire as well.  Communication promises to be difficult.

"Shortly after I finished recounting the previous interview with Airl to the stenographer, I was summoned urgently to the office of the Commanding Officer of the base. I was escorted by four heavily armed military policemen. When I arrived, I was asked to be seated in a very large, make-shift office that had been arranged with a conference table and chairs. In the office were several dignitaries I had seen at various times in "the gallery". I recognized a few of them because they were
famous men.

I was introduced to these men, which included:

Much to my surprise Charles Lindbergh 234 (Footnote) was also in the office.

Secretary Symington explained to me that Mr. Lindberg was there as a consultant to the chief of staff of the U.S. Air Force. There were several other men present in the room who were not introduced. I assume these men were personal aides to the officers or agents of some intelligence service.

All of this sudden attention, not only from the Secretary and generals, but from such world famous people as Mr. Lindbergh, and General Doolittle, made me realize how critically important my role as an "interpreter" for Airl was, as seen through the eyes of others. Until this time I was not really aware of this except in an peripheral sense.

I suppose this was because I was so absorbed in details of the extraordinary situation.

Suddenly, I began to grasp the magnitude of my role. I think that the presence of these men in that meeting was intended, in part, to impress me with this fact! The Secretary instructed me not to be nervous. He said that I was not in any trouble.

He asked me if I thought the alien would be willing to answer a list of questions they had prepared.

He explained that they were very eager to discover many more details about Airl, the flying disc, The Domain, and many other subjects that Airl had disclosed in the interview transcripts. Of course, they were mainly interested in questions relating to the military security and the construction of the flying disc.

I told them that I was very sure that Airl had not changed her mind about answering questions, as nothing had changed that would cause her to trust the intentions of the men in the gallery. I repeated that Airl had communicated everything that she was willing and at liberty to discuss already.

In spite of this, they insisted that I would ask Airl again if she would answer questions. And, if the answer was still "NO", I was to ask her if she would be willing to read the written copies of the transcripts of my interview "translations".

They wanted to know if Airl would verify that my understanding and translation of our interviews was correct.

Since Airl could read English very fluently, the Secretary asked if they could be allowed to observe for themselves while Airl read the transcripts, and verify that they were correct in writing. They wanted her to write on a copy of the transcript whether the "translations" were correct, or not, and make a note of anything that was not  accurate on the transcripts. Of course, I had no choice but to obey orders and I did exactly what the Secretary requested.

I was given a copy of the transcripts, with a signature page, which I was to show to Airl. After Airl completed her review, I was also directed to request that Airl sign the cover-page, attesting that all of the translations in the transcripts were correct, as amended by her.

About an hour later I entered the interview room, as instructed, with copies of the transcripts and signature page to deliver to Airl as the members of the gallery, including the Generals, (and Mr. Lindberg also, I presume) and others watched through the glass of the gallery room.

I went to my usual seat, sitting 4 or 5 feet across from Airl. I presented the envelope of transcripts to Airl, and passed on the instructions I had received from the Secretary, telepathically. Airl looked at me, and looked at the envelope, without accepting it.

Airl said: "If you have read them and they are accurate in you own estimation, there is no need for me to review them also. The translations are correct. You can tell your commander that you have faithfully conveyed a record of our communication."

I assured Airl that I had read them, and they were exact recordings of everything I told the transcription typist.

"Will you sign the cover page then?", I asked.

"May I ask why not?", I said. I was a little confused as to why she wasn't willing to do such a simple thing.

I didn't quite know what to say to that. I couldn't argue with Airl's logic, and I couldn't force her to sign the document either. I sat in my chair for a minute wondering what to do next. I thanked Airl and told her I needed to go ask my superiors for further instructions. I placed the envelope of the transcripts in the inside breast pocket of my uniform jacket and began to rise from my chair.

At that moment the door from the gallery room slammed open! Five heavily armed military police rushed into the room! A man in a white laboratory coat followed closely behind them. He pushed a small cart that carried a box-shaped machine with a lot of dials on the face of it.

Before I could react, two of the MPs grabbed Airl and held her firmly down in the overstuffed chair she had been sitting on since the first day of our interviews together. The two other MPs grabbed my shoulders and pushed me back down on my chair and held me there. The other MP stood directly in front of Airl, pointing a rifle directly at her, not more than six inches from her head.

The man in the lab coat quickly wheeled the cart behind Airl's chair. He deftly placed a circular head band over Airl's head and turned back to the machine on the cart. Suddenly, he shouted the word "clear!"

I sat in my chair, being held down all the while by the MPs. And I didn't understand what was going on. I was terrified and transfixed by what was happening! I couldn't believe it!

They briefly examined Airl who was now slumped listlessly in the chair. They mumbled a few words to each other. One of the men waved to the gallery window.

A gurney was immediately rolled into the room by two attendants. These men lifted Airl's limp body onto the gurney, strapped her down across her chest and arms, and rolled it out of the room.

I was immediately escorted out of the interview room by the MPs and taken directly to my quarters, where I was locked in my room with the MPs remaining at guard outside the door.

After about half an hour there was a knock at the door to my quarters. When I opened it General Twining entered, together with the machine operator in the white lab coat. The General introduced the man to me as Dr. Wilcox. 235 (Footnote). He asked me to accompany him and the doctor. We left the room, followed by the MPs.

After several twists and turns through the complex we entered a small room where Airl had been wheeled on the gurney.

The General told me that Airl and The Domain were considered to be a very great military threat to the United States. Airl had been "immobilized" so that she could not depart and return to her base, as she said she would do in the interview. It would be a very grave risk to national security to allow Airl to report what she observed during her time at the base. So, it had been determined that decisive action was needed to prevent this.

The General asked me if I understood why this was necessary. I said that I did, although I most certainly did not agree that it was the least bit necessary and I certainly did not agree with the "surprise attack" on Airl and me in the interview room! However, I said nothing about this to the General because I was very afraid of what might happen to me and Airl if I protested.

Dr. Wilcox asked me to approach the gurney and stand next to Airl. Airl lay perfectly still and unmoving on the bed. I could not tell whether she was alive or dead. Several other men in white lab coats, who I assumed were also doctors, stood on the opposite side of the bed. They had connected two pieces of monitoring equipment to Airl's head, arms and chest. One of these devices I recognized from my training as a surgical nurse as an EEG machine 236 (Footnote) which is used to detect electrical activity in the brain. The other device was a normal hospital room vital signs monitor, which I knew would be useless since Airl did not have a biological body.

Dr. Wilcox explained to me that he had administered a series of "mild" electroshocks to Airl in an attempt to subdue her long enough to allow the military authorities time to evaluate the situation and determine what to do with Airl.

He asked me to attempt to communicate with Airl, telepathically.

I tried for several minutes but couldn't sense any communication from Airl. I couldn't even sense whether Airl was present in the body any longer!

"I think you must have killed her", I said to the doctor.

Dr. Wilcox told me that they would keep Airl under observation and that I would be asked to return later to try to establish communication with Airl again."