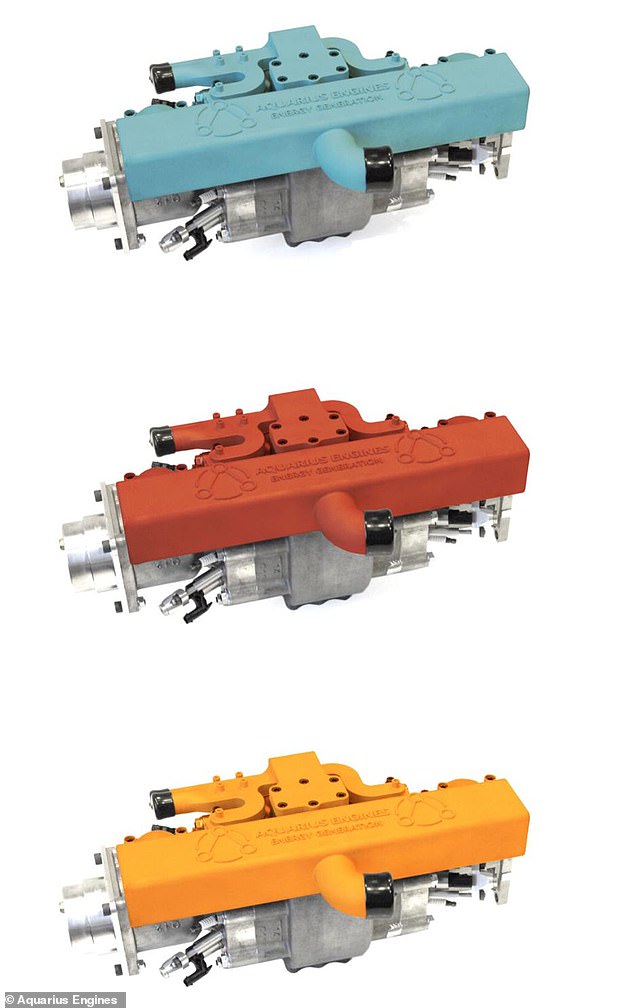 These are not the first guys to walk this road. What has killed this movement in the past has been the sheer sunk cost of developing a truly competitive product.

That has not been an issue for electronics but has been a monster problem for those who cut metal.  It is nothing to swallow millions of dollars to produce scrap.

In this case what they are doing is well understood assuming they are using reed valves.  That is no mean trick either that we resolved ourselves back in the seventies.  Our compressors were used during the Falkland War.

I do hope that these guys are for real.  The used technology is all antique in design and grossly overweight.  That includes the engines in your car.  .

It was invented by Shaul Yaakoby, 53, of firm Aquarius Engine based in Tel Aviv


A hyper-efficient and super-light one-piston engine smaller than a backpack could render modern hybrids obsolete.

Shaul Yaakoby, 53, is the engineer from Tel Aviv, Israel, that developed the engine and claims it is capable of churning out enough horsepower to run a small hatchback for 750 miles (1,200 km) without refuelling.


The engine, manufactured by firm Aquarius Engine, is made of a only a dozen moving components.

MailOnline has obtained data from the firm which reveals the car engine to be 10 per cent more efficient than the average vehicle.

It is now undergoing field tests and the company expects its generator it to be commercially available by the end of 2020 and in cars by 2022.

An engine smaller than a backpack and with only one piston could replace the internal combustion engine and render recent hybrids obsolete. The engine (pictured), manufactured by firm Aquarius Engine is made of a only dozen moving components


Mr Yaakoby said its simplicity enables the lightweight design to be so efficient.


'What makes the Aquarius Engine so revolutionary is its simple design, we took the traditional combustion engine that hasn't really been changed in 150-years and we stripped it down to the bare necessities,' he said.


'For over a century cars have been carrying around a ton of dead weight that has costed us power and efficiency.
Posted by arclein at 12:00 AM