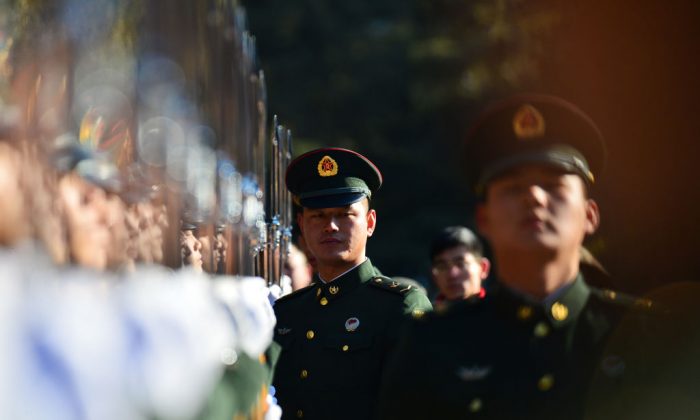 This is way more extensive than we thought.  Yet on the balance of things, these systems are not wonderfully cost effective and may never be.  What this shows is that they can be used for torture or clearly a situation in which the victim can escape.

In terms of war making capacity, they are irrelevant.

On the other hand there is plenty of this type of work in place in the USA that remains secret.

By Joshua Philipp, The Epoch Times

An employee at the U.S. Embassy in Guangzhou, China, allegedly suffered mild traumatic brain injury after hearing a vague and abnormal sound, as revealed in a May 23 health alert released by the embassy. Secretary of State Mike Pompeo was quick to draw similarities between the incident and a 2016 incident in Havana, Cuba, in which U.S. Embassy personnel were sickened from an alleged sonic attack.

Pompeo told the House Foreign Affairs Committee, “The medical indications are very similar, and entirely consistent with, the medical indications that were taking place to Americans working in Cuba.” He said the United States has sent medical teams and is “working to figure out what took place, both in Havana and now in China as well.”

The incident elicited all forms of reactions from news outlets. Yet the common narrative now floating around is an attempt to write the attack off as being not a sonic attack, but instead a slip-up with electronic monitoring technology, framing the U.S. government response as a hasty conclusion and overreaction.

What this prevailing narrative fails to note, however, is the long history of such weapons in the Chinese military arsenal. Sonic and ultrasonic weapons (USW) fall under the broader category of directed energy weapons (DEW), which also include a range of weapons on the electromagnetic spectrum. These can be used for many purposes, including destroying electronic equipment, making a targeted person feel ill, or even damaging a targeted person’s internal organs.

“Like gun, missile, and bomb technologies, DEW can be utilized against people, material, and infrastructure,” said Robert J. Bunker, adjunct research professor at the Strategic Studies Institute at U.S. Army War College, in an email.

“As late as the early 1990s, information concerning non-lethal weapons (NLW) and their human bio-effects—at least the advanced DEW forms of them—was discussed primarily within the classified world,” he said.

“When directed against humans, different bio-effects will result,” Bunker said. “As an example, high-powered microwaves (HPM) targeted at humans can raise their brain temperatures, resulting in seizures and damage, while infrasound can create vibrations in the human body, causing disorientation and incapacitation or potentially even causing organ failure.”

According to the report, the CCP scientists made it clear in a series of seminars that “the real purpose was to investigate potential human effects of exposure to these specific radiations.”

It states the CCP scientists were using the technologies to cause eye injury, brain injury, and organ injury. Many details on the tests are redacted in the report, but it notes there was a “high mortality” rate among the animal test subjects, and the analysis states that due to gradual effects of such weapons, it was possible that the CCP scientists were developing the technologies “for torturing prisoners.”

It also notes that the Chinese scientists had connections to the CCP’s military, the People’s Liberation Army. It states they were affiliated with the Institute of Radiation Medicine of the Academy of Military Medical Scientists. It states the CCP conducted similar studies in 2001 under its Academy of Military Medical Sciences and its National University of Defense Technology.

On the sonic level, humans can generally hear anything from 20Hz to 20,000Hz. Above this range is ultrasound, and below this range is infrasound.

Technologies using these spectrums are not limited to China; and other countries, including the United States, have developed weapons within these categories.

According to Bunker, “a number of these weapons technologies may have originated with Soviet-era programs, but have since proliferated to (or were appropriated by) other national defense programs.”

Documents recently released by the Washington State Fusion Center, obtained through a FOIA request by MuckRock, detail the uses of electromagnetic frequency weapons, the technologies to carry out such attacks, and their impacts on the human body and human consciousness.

Among the stated effects, according to the documents, are “forced memory blanking and induced erroneous actions,” various forms of “intense pain” on different parts of the human body, “wildly racing heart without cause,” “induced changes to hearing,” “controlled dreams,” and many others.

Another document shows how such attacks can be carried out by mobile phone networks, vehicles, helicopters, and emitters. It also lists the resonance frequencies of various parts of the human brain, and states the technologies can be used for “sound which bypasses the ears,” “images in the brain bypassing the eyes,” “imposed subconscious thoughts,” and other purposes.

A third document details the bio-electromagnetic field of the human body and the different frequencies of human brain waves.

According to Bunker, weapons such as these are becoming a greater focus in military development around the world. “Twenty-first century warfare is gradually shifting from conventional gun, missile, and bomb technologies which are mechanically derived into exotic and advanced DEW technologies that literally ‘weaponize bands of the electromagnetic spectrum’ and then direct them at opposing forces,” he said.“China is well aware of the military value of DEW—as well as artificial intelligence (AI), armed robots/drones, facial recognition, anti-satellite, and swarming technologies—and is actively experimenting with them in field tests and, even now apparently, in clandestine operations,” he said.

The declassified military report notes that some of the technologies are related to the CCP’s Assassin’s Mace (“Sha Shou Jian,” or “Trump Card”) program, which uses a blend of asymmetrical and unconventional weapons designed to launch surprise attacks and rapidly win a war.

An Assassin’s Mace attack from the CCP would likely take the form of rapid attacks on GPS satellites to disable key military equipment, the use of EMP from a nuclear blast to destroy electronics in wide areas, rapid strikes on airstrips to disable military planes, and various other forms of attack.

The report states the CCP’s Assassin’s Mace weapons “will permit China’s low-technology forces to prevail over U.S. high-technology forces in a localized conflict, according to these political pronouncements.” It notes the CCP has experimented with “EMP warheads” and the use of nuclear weapons for high-altitude electromagnetic pulse (HEMP) attacks to destroy electronic infrastructure.

Both the CCP and the United States have also developed technologies using microwave and EMP weapons to destroy technology in targeted locations. According to an article published by Popular Science in January 2017, the CCP’s Northwest Institute of Nuclear Technology has been working on such technologies for over six years.

According to Bunker, the recent alleged attack on a U.S. government employee in China should be viewed in the context of similar attacks on U.S. diplomatic personnel in Havana, Cuba. He said the sonic technology allegedly used in both incidents “shines the spotlight on potential Chinese security services involvement in these incidents, given their ‘medically similar’ bio-effects.”

He said that in the context of trade and defense tensions between the United States and China, it’s possible that the CCP may be “sporadically engaging U.S. military and governmental personnel ‘covertly on the margins’ as a component of an active engagement program following the tenets of ‘Unrestricted Warfare’-type thinking.”
Posted by arclein at 12:00 AM