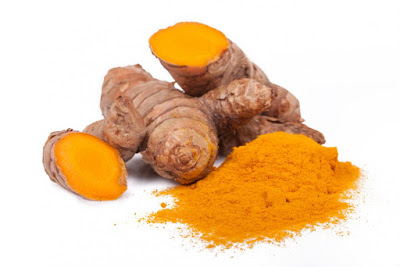 This is more on turmeric and its benefits. It turns out that turmeric acts powerfully to restore damage caused by Alzheimer's and Dementia.  As this becomes a serious problem for those reaching their ninth decade of life, it needs to be heavily inserted into the diet a lot sooner.

It is actually remarkable just how bioactive this spice happens to be.  It joins a short list of plant products whose value is so rich.

I do think that we need to be aggressive in applying turmeric strategies.  We likely need a turmeric pudding to really make best use of it as this also supplies eggs.

Presently, there are no pharmaceutical interventions that effectively slow, and certainly not reverse, age-related cerebrovascular pathologies linked to conditions such as Alzheimer’s disease and stroke. A study on turmeric extract, however, indicates that a natural curative agent already exists and is as close to the everyday consumer as their spice rack.

A promising study published in Cellular Physiology and Biochemistry titled, “Dietary Curcumin Ameliorates Aging-Related Cerebrovascular Dysfunction through the AMPK/Uncoupling Protein 2 Pathway,”[i] reveals the primary polyphenol in turmeric known as curcumin (which gives it its golden hue) may provide what the study authors describe as an “effective therapeutic strategy to reverse age-related cerebrovascular dysfunction.”

Age-related cerebrovascular dysfunction is occurring on an epidemic scale in Western countries and include, “stroke, cerebral amyloid angiopathy, cognitive decline and neurodegenerative diseases.” Presently, very few if any conventional medical interventions are capable of providing effective solutions, and none have been found to reverse underlying pathologies in conditions whose trajectories are generally characterized as ‘incurable.’ All the more reason why the new study holds so much promise in providing an evidence-based natural solution that is safe, effective, affordable and easily accessible as a familiar food ingredient.

The study was conducted using a rat model. 24-month old male rodents were given dietary curcumin (.2%), with young control rodents 6-months of age. After one month of curcumin treatment, the researchers observed a ‘remarkable restoration’ of the impaired cerebrovascular endothelium-dependent vasorelaxation (i.e. the ability of the blood vessels to naturally relax) in the aging rats. They observed three distinct ‘molecular’ ameliorative effects:

The authors summarized their findings as follows:

A Massive Body of Research On Curcumin’s Brain Protective Properties

GreenMedInfo.com houses a database of 2600 abstracts from the National Library of Medicine on the health value of turmeric and/or curcumin in over 600 health conditions. View them all here: turmeric health benefits. Of the 177 distinct beneficial physiological actions documented within this literature, 114 of them concern the spice’s neuroprotective properties. View them here: neuroprotective properties of turmeric.

While this latest study, and most of the research on GMI’s turmeric database is preclinical, there are reports of turmeric causing significant improvements in cerebrovascular dysfunction diseases such as Alzheimer’s disease. In a previous article titled “Turmeric Produces ‘Remarkable’ Rocvery in Alzheimer’s Patients,” we reported on the ability of turmeric to produce dramatic improvement in patients suffering from behavioral and psychological symptoms of dementia.

As we discussed in the article, other documented Anti-Alzheimer’s disease mechanisms of turmeric include:

“Anti-inflammatory: Curcumin has been found to play a protective role against beta-amyloid protein associated inflammation.[11]

Anti-cytotoxic: Curcumin appears to protect against the cell-damaging effects of beta-amyloid proteins.[13] [14]

Anti-amyloidogenic: Turmeric contains a variety of compounds (curcumin, tetrahydrocurcumin, demethoxycurcumin and bisdemethoxycurcumin) which may strike to the root pathological cause of Alzheimer’s disease by preventing Î²-amyloid protein formation.[15] [16] [17] [18]

Metal-chelating properties: Curcumin has a higher binding affinity for iron and copper rather than zinc, which may contribute to its protective effect in Alzheimer’s disease, as iron-mediated damage may play a pathological role.[21] [22]

Turmeric, of course, is not the only natural substance that has been proven to have value in neurodegenerative conditions. For those looking for additional research on food and spice-based natural alternatives that are evidence based, here are additional substances that may be of value:

Coconut Oil: This remarkable substance contains approximately 66% medium chain triglycerides by weight, and is capable of improving symptoms of cognitive decline in those suffering from dementia by increasing brain-boosing ketone bodies, and perhaps more remarkably, within only one dose, and within only two hours.[23]

Cocoa: A 2009 study found that cocoa procyanidins may protect against lipid peroxidation associated with neuronal cell death in a manner relevant to Alzheimer’s disease.[24]

Sage: A 2003 study found that sage extract has therapeutic value in patients with mild to moderate Alzheimer’s disease.[25]

Folic acid: While most of the positive research on this B vitamin has been performed on the semi-synthetic version, which may have unintended, adverse health effects, the ideal source for this B vitamin is foliage, i.e. green leafy vegetables, as only foods provide folate. Also, the entire B group of vitamins, especially including the homocysteine-modulating B6 and B12,[26] may have the most value in Alzheimer’s disease prevention and treatment.

Resveratrol: this compound is mainly found in the Western diet in grapes, wine, peanuts and chocolate. There are 16 articles on our website indicating it has anti-Alzheimer’s properties.[27]

Gingko biloba: is one of the few herbs proven to be at least as effective as the pharmaceutical drug Aricept in treating and improving symptoms of Alzheimer’s disease.[28] [29]

Melissa offinalis: this herb, also known as Lemon Balm, has been found to have therapeutic effect in patients with mild to moderate Alzheimer’s disease.[30]

Saffron: this herb compares favorably to the drug donepezil in the treatment of mild-to-moderate Alzheimer’s disease.[31]

Sayer Ji is the founder of Greenmedinfo.com, a reviewer at the International Journal of Human Nutrition and Functional Medicine, Co-founder and CEO of Systome Biomed, Vice Chairman of the Board of the National Health Federation, and Steering Committee Member of the Global Non-GMO Foundation.