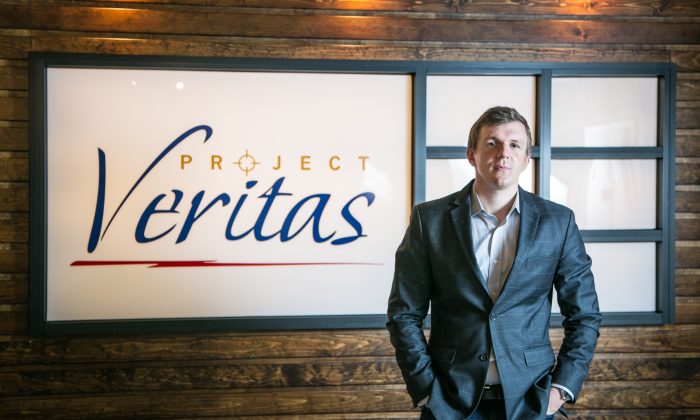 Yes, it makes total sense that the Unions will be working to protect their errant members. After all they are the other source of authority and the administration has been uniformly active in protecting members.

That those exposing such abuse will get worked is also expected.  None of this detracts from the banal reality of child abuse.

Be aware that a lot of this type of information is been bled into modern consciousness at the present as we have a grassroots global counter attack under way that is flushing information out...

Efforts to tell the truth through undercover reporting opposed by half-truths, false framing, and ridicule

By Joshua Philipp, The Epoch Times

Project Veritas, which specializes in undercover journalism, has recently exposed cases of teachers unions covering up the physical and sexual abuse of children. The president and founder of Project Veritas, James O’Keefe, recently appeared on “Declassified,” a news program of The Epoch Times, where he discussed his latest findings.

Project Veritas has been the target of half-truths, false framing, and ridicule for its undercover work exposing corruption in government, special interest groups, news outlets, and unions. O’Keefe noted that many of the groups it has exposed are among the “sacred cows” of the political machine.

Among the most common lines now used to discredit the work of Project Veritas is that it “selectively edits” video content. O’Keefe said the technique is unfair, yet effective, “because if you can deny reality itself—you can say that reality isn’t so—then what are we supposed to do?”

The content of Project Veritas videos typically feature individuals admitting wrongdoing in their own words to a hidden camera, and include long enough clips so that the context of the statements is obvious. O’Keefe noted the videos are much less edited than typical news shows on television. While legacy news outlets attempt to discredit the videos, O’Keefe said those who were exposed have yet to deny what they were recorded saying.

O’Keefe noted a recent instance of the accusation of manipulative editing, which involved the investigative video series exposing teachers unions in at least three states that have covered up cases of physical and sexual abuse of children in order to protect the jobs and pensions of union members.

A union member in New Jersey attempted to publicly discredit a 24-minute video exposing such issues by claiming the video had six edits and because O’Keefe placed narration on the video news report.

“He was saying that because I inserted narration of me discussing the video, and reporting on the video, that was a ‘selective edit.’ And he said because there are these edits, the journalism can’t be trusted,” O’Keefe said.

“I mean, all journalism is edited selectively,” he said. “Words are typically arranged into sentences in newspapers in order to tell stories. I mean, this is just so absurd that we’re having this kind of conversation, but this is what they do, and how they do it.”

Despite the common practice of journalists editing videos and selecting quotes to highlight specific issues, O’Keefe noted the way the left has framed the work of Project Veritas has worked for many critics. He said, “It scares me that we’ve gotten to a point in this country that this happens. But I am hopeful because, again, they’re on tape, the people have been fired, and there have been legislative hearings as a result of these videos.”

He added that while Project Veritas continues to take on such stories, “I will also say that with each and every journalism piece that we do, the stakes get higher, the attacks get more vicious, they’re getting violent, they’re getting legal in nature—the attacks—and it’s just gotten more and more burdensome for us to exist as we expose the ‘sacred cows.'”

Of course, what is missing from the framing is that the difference between a transcript and a news report, or between a video feed and a video article, is that a journalist has taken the time to curate information to highlight as clearly as possible what is most important.

Some news outlets do insert bias in this process. The most common method used by legacy news outlets is a disinformation tactic, whereby they reach a false conclusion on the basis of accurate information, and then use the false conclusion to manufacture a false narrative. This is often done by taking information out of context—and in the case of Project Veritas the context of video statements is usually too obvious for such a tactic to have been used.

O’Keefe said some critics believe Project Veritas should release more of its raw video. He noted that in one of the recent videos in New Jersey, they published a 21-minute video from a 24-minute recording. “Sometimes we take out bathroom breaks because you don’t want to see the undercover journalist at the urinal, for example,” he said. “But even other than that, sometimes we will publish the majority, and people say release the full.

“Even if we release the full, then they’ll say, ‘well why don’t you release the part where you’re walking to the car?'” O’Keefe continued. “It just becomes basically an inverse conspiracy theory where they believe there’s some missing evidence that doesn’t exist. You can’t win.

“We’re getting into a really dangerous point in propaganda in this country,” he said. “And as I wrote in ‘American Pravda,’ the difference between the Soviet Pravda and the American media is that the American people don’t realize the disinformation campaign happening in cable news; they don’t see it.”

In addition to false framing and other disinformation tactics, other groups have used legal attacks to challenge Project Veritas, which typically includes lawsuits over “unlawful entry” of the undercover reporters. Even when the legal attacks fail, news outlets have leverage the lawsuits on how footage was obtained in order to discredit the content of the videos.

O’Keefe noted that in a current court case, members of the leftist extremist group DistruptJ 20 are being tried on the basis of Project Veritas videos where individuals discussed plans to put acid gas stink bombs into the vent shafts of the National Press Club and place chains on Metro trains in Washington.

Prosecutors used videos from Project Veritas as evidence, but were recently challenged by defense attorneys for not including segments of the video where the undercover reporter discusses the story on the phone with a producer. Legacy news outlets latched onto the statement from defense attorneys to publish hit pieces on Project Veritas, furthering their narrative of “selective editing.”

“That’s the thing that ends up on our Wikipedia page, so that you have entry after entry which says this group has been proven time and time again to have been discredited,” O’Keefe said. “And that’s how a propaganda campaign works.”