Sleep, Exercise And 25ml Of Wine Each Day Can Help The Brain To 'Wash' Itself 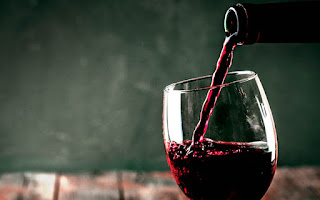 The take home is important.  Rather clearly during sleep the brain fluids penetrate deeply allowing waste to be removed.  This does not happen when awake and this is a huge revelation that supports all our folk knowledge around sleep.  We now know why we sleep.

The added claim that a glass of wine facilitates the cleaning process is also useful to know.  I wonder if it is alcohol related at all though.

I expect more information on brain washing to appear as well.

Sleep, Exercise And 25ml Of Wine Each Day Can Help The Brain To 'Wash' Itself And Wipe Away Toxic Proteins Linked To Alzheimer's, Scientists Claim

Sleep, exercise and a little alcohol can help the brain ‘wash’ itself at night to prevent Alzheimer’s, scientists say.

British researchers found the combination stimulated the brain’s own cleaning system, wiping away the toxic build up of proteins linked to the devastating disease.

The research on mice is a breakthrough as it could now be used to create new insights into how the human brain works – and clears away its waste products.

Dr Ian Harrison, from University College London, told the Cheltenham Science Festival studies on the brain fluid of mice showed that a good night’s sleep, increasing heart rate through exercise, and 25ml of wine per day stimulates the brain’s own cleaning system.

Scientists found brain fluid, which is key to transporting waste out of the brain, penetrated deeper into the organ during sleep, making the body’s self-cleaning process more effective.

Research is now focusing on finding ways of preventing the human brain’s cleaning system – the glymphatic system – from failing.

‘What the researchers did was inject a dye into the cerebrospinal [brain] fluid and see where it goes.

‘In the mice that were awake, that cerebrospinal fluid starts to go into the brain but only resides on the surface and doesn’t go deep into the brain tissue.

‘In the same animal when it fell asleep, that cerebrospinal fluid goes far deeper into the brain.’


The cerebrospinal fluid is known to transport waste material out of the brain, and the body’s cleaning system works better when the fluid reaches deeper into the brain.


Alzheimer’s disease, which is the leading cause of dementia and makes the brain degenerate, is caused by a build up of toxic clumps of proteins which damage healthy brain cells.


In people without the disease, the body rids itself of the proteins.
Posted by arclein at 12:00 AM