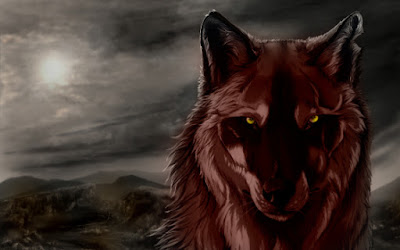 There is one aspect of the wild animal population we need to understand.  It is that the big ones are smart and are quite able to learn that tangling with humanity is a death sentence. Thus as humanity dominated, the smart ones all learned to shift out of human-dominated areas and to hunt at other times.

Bears are actually the exception as well, because they have poor eyesight. A large lineage of smart wolves can easily disappear into wilderness areas and those actually exist almost everywhere, particularly today where rural populations have dropped hugely.

That decline has certainly allowed a huge growth in deer populations which obviously must feed these hidden populations.

Again they know enough to avoid us.  What has now changed though is that we have laid off and young ones may be getting braver.

Last Sunday, the locals in St. David, AZ, about 20 miles from here, put out an alert about a giant wolf killing 3 sheep. It had red hair, was huge. Nothing more was mentioned about it, which made me suspicious.

Today, I met someone who was telling me about the fact that the local wolf population here was exploding. The local town marshal put out an alert on Thursday that mountain lions had killed 13 deer here in town, the past week. We were talking about it. The wolves have become so prevalent that they are either breeding with, or killing off the local coyote population.

Anyway...the punch line is they are keeping the slaughter of sheep, calves, cattle quiet because there is a pack of wolves in/around St. David that are huge. They are massive, larger than Great Danes.

I'm not convinced about Dogman. I think we are dealing with what was once a near-extinct population of wolf. I know there is a population of something almost monstrous in the border mountains of Mexico. I know a guy who saw the footprints. His father helped track it. I think these things are re-establishing themselves due to the deer populations. - Name withheld