The Rabbi and the Monk 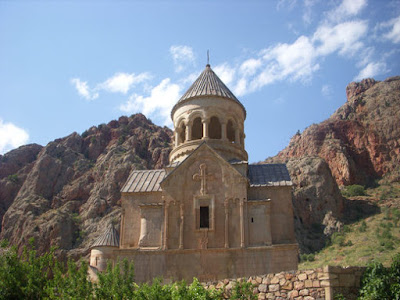 This is a neat story and worth the read as it really underlines a fundamental divide between followers and leadership that we poorly understand.

Communities of followers do respond to leadership and that leadership needs to be subtle as well as been dramatic and plausible.  This is a wonderful tale of directed subtlety.

We need a collection of such tales as leader all need this type of direction.

THE RABBI AND THE MONK

This is a story told to me by my dear friend and “value-based” business consultant, Ron Mandel.

There was a cloister of monks in a monastery in Northern Israel. The senior Monk became concerned about the relevance of his Monastery. The Monks had been there a long time, they were getting older, and he noticed that visitors to the Monastery were becoming less. The Monastery had been a favorite visitor destination for picnics and sightseeing. He also noticed more disturbingly that his fellow Monks were not appreciating each other as they once had when they first started their cloister, even to the point of them taking each other for granted. And, to top things off, he had no new enquiries from young men wanting to join the Order. To the Head Monk, the Monastery was slowly dying.

Living near the Monastery was a well known and revered Rabbi. The two had become good friends.

The head Monk went to see this Rabbi and to discuss his dilemma and get his advice. This Rabbi was known to be very wise. His wisdom was coupled with his humility, so his “door was always open” to his dear friend.

The head Monk described the situation to this revered Rabbi. And this is the advice he gave:

“Privately, tell everyone, one by one, that I had a vision that one of the monks in the cloister was a hidden Saint. The key word is ‘hidden’ because great Saints never have the need to reveal themselves.”

The effort was profound and swift. Each Monk thought to himself, wouldn’t a Saint behave in an un-Saintly way to avoid recognition? They began to see each other in a different light. Asking themselves, “Brother Dave is talkative but maybe he is hiding his true identity”. “Brother Charles is a little egotistical, but he is probably hiding his true identity,” etc.

The effect was overwhelming. They started to treat each other with more respect, gratitude, and appreciation. And as a bonus, the head Monk started getting inquiries about potential novitiates wanting to join their order.

Over a short period of time, visitors started to return to the Monastery and it became alive, relevant and celebrated again.

The moral: We all have within us greatness in potential. That greatness needs to be promoted by others to become actualized.

In business terms, this is a new truth: As employees treat each other, that is how they will treat their customers.

First promote respect, kindness and non-judgement with your employees. This must then spill over to how your customers are treated.
Posted by arclein at 12:00 AM