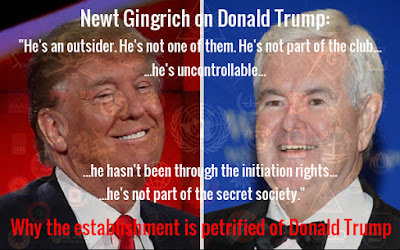 What has done wonders is that his jaw boning has kick started a huge investment boom and corporate expansion that was held back by the Obama administration.  We had an eight year pause instead of a 2008 recession and strong rebound.  We were all waiting for this.

The reforms now been enacted fills the gas tanks in an already moving economy..

Understand that Trump is a full press reform movement and this certainly applies to all aspects of governance.  Everything said here is already part of who he is.

Thus he has addressed what he could do directly and now with dispatch.  At the same time as concurrent activity, he is routing out all forms of internal corruption in the Justice system and likely throughout the whole civil service.  You do not know this is actually happening but it is necessary in order to ultimately reform government top to bottom.

The process will also spill over to the State level as well once we see the Federal Government repaired.  This is truly historic.

Truth is the innovation boom needs no help at all as it thundering along as well.

The massive deregulation effort and the passage of the Tax Cuts and Jobs Act have done wonders for the U.S. economy.

There are more open jobs than there are unemployed people in America. Wages are increasing, and consumer and business confidence are rising with them. Economic analysts are forecasting second quarter gross domestic product (GDP) growth to be near 4 percent (some predict it might be even higher). More and more, Americans are starting to see and feel the real benefits of the Trump-Republican agenda – bigger paychecks, lower taxes, and more opportunities.

Deregulation and the tax cuts have become two important legs supporting the overall Trump-Republican agenda. However, Republicans need a third pillar to make their platform rock solid. This pillar should focus on innovation – both in enabling the private sector to find new breakthroughs to make our lives better and in making government more capable of harnessing innovation to become more efficient and effective. I talked about this Thursday on a Facebook Live webinar.

Notice, I did not say we need to simply make government smaller. The bureaucratic systems we have across government are designed to grow and perpetuate themselves. Shrinking these systems would only render them underfunded and ineffective. We need to instead replace them with modern systems that are lean, responsive, and effective.

Here’s an example: The Pentagon opened in 1941 to house nearly 30,000 people who were managing a global war with manual typewriters, carbon paper, and filing cabinets. There were no copiers or fax machines. Generating a single report required a group of people to draft it, a group to type copies, a group to distribute the copies, and a group of people to file them in the appropriate filing cabinets.

Now, consider how many people should get cut out of that process when you replace manual typewriters, carbon paper, and filing cabinets with iPads or personal computers. Yet, there are still nearly 30,000 people working in the Pentagon today. The technology has changed, but the Pentagon system has not innovated. The bureaucracy is still the 1941 size, moving at the 1941 pace. Figuratively speaking, we should be able to turn the Pentagon into a triangle, and 40 percent of the building should be turned into a national defense museum. The result would be a leaner, more responsive defense apparatus that would make Americans safer at a lower cost to tax payers.

Republicans could also greatly improve the lives of Americans and save a tremendous amount of money (in that order) by seeking out and supporting innovations in health care. For starters, we need to change the way we think of biopharmaceuticals. Instead of thinking of new medicines and medical research as being costly, we need to think about the economic benefit of curing expensive illnesses.

Simply put, healthy people are more productive. Consider the following:
+
From 1970 to 2000, treatment for coronary heart disease has greatly improved. As a result, more than 1 million peoples’ lives were saved, and they have added $1.6 trillion per year to our economy. This means that the additional economic output generated from coronary heart disease treatment improvements alone is 50 percent more than total health care spending in the United States (public and private).

Every time we decrease cancer mortality by 1 percent, it amounts to $500 billion in increased productivity, decreased treatment costs, and other savings. Curing cancer is worth $50 trillion.

Alzheimer’s disease is one of our most expensive challenges. If we were able to find treatments that would even delay the onset of the disease by five years by 2025, we would reduce the per year cost of treating it by $376 billion by 2050. By the way, there are 105 new Alzheimer’s drugs currently in testing.

Republicans could support and accelerate some of these medical breakthroughs by finding new, innovative ways to approach pricing for important new drugs that aim to treat our most costly illnesses. Congress should put in place laws or mechanisms to allow for the high costs of developing these drugs to be amortized or otherwise defrayed. Additionally, we should enable value-based contracting for government and private health care providers, align incentives toward good outcomes, better health, and lower costs, and truly standardize electronic medical records across all health systems.

I discuss more of these ideas in my New York Times bestselling book, Trump’s America: The Truth About Our Nation’s Great Comeback.

The Republican innovation agenda is important because it will make life better for Americans, and it will provide a path toward a balanced budget. I have only mentioned innovations in health care (which makes up 27 percent of the federal budget) and national defense (16 percent of the federal budget). There are many other opportunities to streamline, innovate, and improve across the entire federal system.

The good news is, I believe Office of Management and Budget Director Mick Mulvaney is on exactly the right track. His plan to reorganize the executive branch is incredibly promising.

President Trump and Republicans should fully adopt the innovation agenda and make it a part of everything they do. Every congressman and senator should find the most innovative companies in his or her state and work to help those businesses succeed. They should also find the most pressing problems in their states and districts and focus on ways to find solutions.

If Republicans can solidify themselves as the party of making lives better for Americans, 2018 will be the beginning of a long period of prosperity in America.
Posted by arclein at 12:00 AM