The Natural Pedophile Conspiracy and the Royal Family. 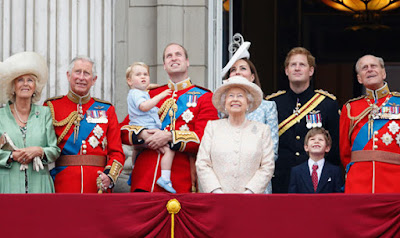 The Natural Pedophile Conspiracy and the Royal Family.

I bring this topic up because it is an underlying meme drifting around the NPC or the Natural Pedophile Conspiracy.  First, though I do think that it is a False meme and my reasoning all goes back to numbers.

The NPC is made up of those individuals who are addicted to pedophilia and are largely unable to help themselves.  This is actually a very small group of men and women.  In numbers, it is likely in the thousands throughout North America.  This does not include those so driven but able to manage the impulses.  This dangerous subset works out to be several per million.  This still gives us a population of over ten thousand.

The difficulty worsens since they are all attracted to where children are vulnerable.  Thus they get to meet each other and by circumstance must conspire with each other.  It really is a natural conspiracy that can then last a lifetime.  No other conspiracy has this type of natural glue and is thus always suspect and unstable.

By extension, this network has worked itself into government service were their coherence allows them to promote internally and maintain loyalties as well.  Other organizations are far more vulnerable to exposure and that includes the church which is why we are hearing so much about it.

It is the very nature of a criminal conspiracy to claim that leadership comes from the very top even when that is impossible.  Thus we have the persistent claim of royal family involvement even when the natural statistics tells us that this must be impossible. The inclination is rare enough to ensure any given family will have candidates generations apart unless special influences are brought to bear and that is actually ridiculous.

WE have now discovered this NPC and it must be rooted out.   The condition will still persist and must be continually identified and treated as best can.  What we do want to prevent is the NPC which is always a potential threat as it can be used to anchor a real political conspiracy which is always about abuse of power.

I do not know if re-engineering society to manage sexuality will resolve this problem.  We have other sexual dysfunctions to overcome as well.  It is an areal demanding extensive experimentation and data gathering to resolve and it is all completely controversial.  What lifetime would you involve your children?

Yet we all know it needs to happen..