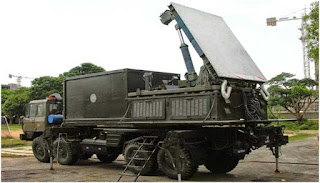 This type of capability has been obvious for years and has not been implemented mainly because it is not a  priority when you have air dominance.  If that is not the case, then this changes everything.

What you need to know is that a fight between large conventional forces during the twentieth century was dominated by artillery.  That meant that 70% of all casualties were caused by indirect fire.  This means that all the training in the world was of no matter.  Thus the willingness to send ill-trained boys into the line.  After all battle instinct also matters.  The point is that you need those who could survive what was often a random culling.

All that changes with this. Artillery has to be held back almost out of range and all of your weapon systems will be able to key into any such developed target.  It now all gets back to a highly trained infantry.

This means a huge change in military doctrine generally.

WHY PAKISTAN HAS STOPPED SHELLING? IT’S BECAUSE OF DRDO SWATI
https://www.youtube.com/watch?v=-zzNft20tHQ&feature=share