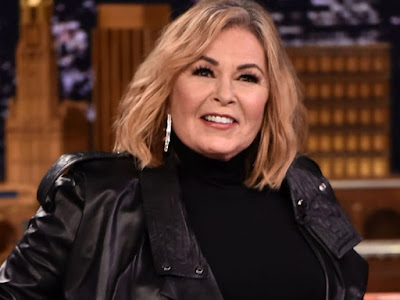 Let me see.  Roxanne ran off at the mouth for whatever reason.  Perhaps she was impaired and what follows naturally is an apology.  What does not follow is what just happened.  ABC obviously needed an excuse to dump their hottest property.  This makes zero sense from a business point of view unless you are mandated to control the dialogue and are been paid to do so.  Then she is a very inconvenient loose cannon.

We are now watching the death throes of mainstream media.  Consider that for a moment.  Less than a handful of suppliers put out the same canned information every day and there is no pretense of competition involved.

That is the news.  Worse the same holds true for entertainment.  They have got it in their heads that everyone besides them is stupid and that all content needs to be dumbed down to grade four.  Then no one spends a dime on anything better.

How can this plan sustain itself?  You have told the top third of the audience that they do not matter and to go away.  They all stopped watching MSM product years ago.  You then told the bottom third that they are deplorable and laughed at them.

Roxanne targeted both those thirds without patronizing them and woke everyone to the living political debate and broke viewership records doing so.

What is happening is that the whole MSM viewership will abandon MSM product to enjoy something that speaks to them individually.  Social Media and Podcasts are establishing a phenomenal following and the onset of professional staging is inevitable to improve enjoyment.

At that point, MSM is in direct competition for primetime viewers for sure and they are going to lose unless their content is special.

Rozanne could do the first high-quality Podcast Show and own it all.  She proved the appetite.

In the meantime, the MSM has a new bone to hate while forgetting about Trump.

I apologize to Valerie Jarrett and to all Americans. I am truly sorry for making a bad joke about her politics and her looks. I should have known better. Forgive me-my joke was in bad taste.

Barr had referred to Jarrett in a tweet as the offspring of the “Planet of the Apes” movie and the Muslim Brotherhood. In the Monday night tweet, Barr wrote of Jarrett -- who was born in Iran to American parents: “Muslim brotherhood & planet of the apes had a baby=vj.” Barr was was responding to a tweet accusing the former Obama adviser of helping to “hide” misdeeds committed by the Obama administration. Barr alleged in other tweets that Chelsea Clinton conspires with leftist billionaire George Soros to overthrow the United States. On Monday night, Barr tweeted, “Soros' goal; the overthrow of US constitutional republic by buying/backing candidates for local district attorney races who will ignore US law and favor 'feelings' instead-and call everyone who is alarmed by that 'racist.'” In another tweet, Barr wrote, "Chelsea Soros Clinton."

ABC president Channing Dungey called Barr’s remarks "abhorrent" and "repugnant." Actress Sara Gilbert, Barr’s co-star, tweeted, "This is incredibly sad and difficult for all of us, as we’ve created a show that we believe in, are proud of, and that audiences love— one that is separate and apart from the opinions and words of one cast member." The cancellation of "Roseanne" came just hours after Barr's tweets emerged on Twitter.

From Channing Dungey, President of ABC Entertainment: "Roseanne's Twitter statement is abhorrent, repugnant and inconsistent with our values, and we have decided to cancel her show."
There was only one thing to do here, and that was the right thing.

The CEO of Disney Bob Iger tweeted on Tuesday that cancelling the show was “the right thing to do.” Disney is the parent company of ABC and ABC News.

Speaking on MSNBC, Valerie Jarrett responded to Barr, saying: "I'm fine. We need to turn it into a teaching moment. I'm worried about all the people out there who don't have a circle of friends and followers who come right to their defense. The person walking down the street minding their own business and they seen someone clinging to their purse or walk across the street. Or every black parent who has a boy and has to have conversation, the talk as we call it, and as you say the ordinary examples of racism that happen every single day." 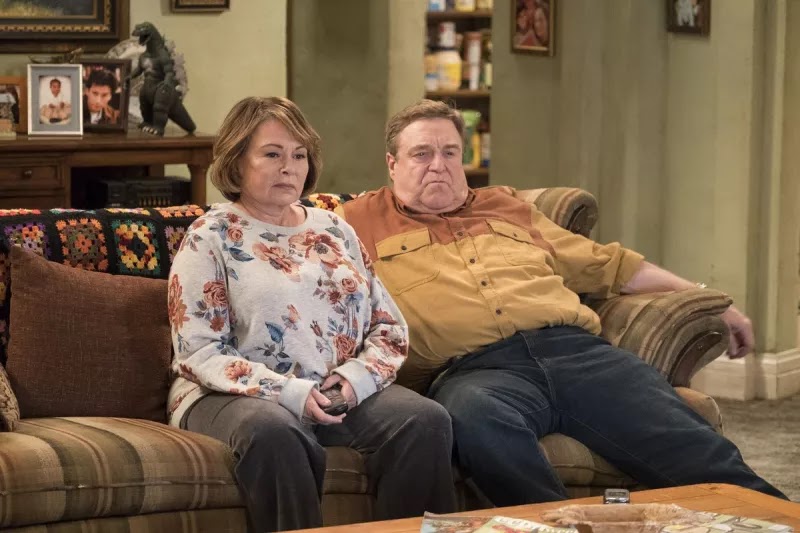 The Council on American-Islamic Relations (CAIR) also applauded ABC's decision to cancel the "Roseanne" sitcom. "We welcome the swift and appropriate action taken by ABC and hope it sends a message that the promotion of hatred and bigotry will not be accepted by our nation's entertainment industry," said CAIR National Executive Director Nihad Awad. "Ms. Barr has a First Amendment right to express her views, however Islamophobic or racist, but she does not have a constitutional right to a program on a national television network."

Thank you, @ABCNetwork. You did the right thing. There is not any room in our society for racism or bigotry.

Comedienne Wanda Sykes, who appeared on Barr’s new show, appeared on HBO in 2010 and ridiculed “white men” for leveling charges of “reverse racism” at others. To the cheers of the audience, Sykes said,”Isn't funny that the only time that your race or gender is questioned is when you're not a white man? I think white men get upset, they get nervous when a minority or another race gets a little power. It makes them nervous. Because they're scared that that race is going to do to them what they did to that race. So they start screaming 'reverse racism.' Wait a minute, isn't reverse racism when a racist is nice to somebody else?" Sykes added, "What you're afraid of is karma.”

In a statement to the New York Daily News, a spokesperson for financier George Soros wrote that Barr's tweets were an insult to Jews and other victims of the Holocaust. "George Soros survived the Nazi occupation of Hungary as a 13-year-old child by going into hiding and assuming a false identity with the help of his father, who managed to save his own family and help many other Jews survive the Holocaust," Soros' spokesperson stated. "He did not collaborate with the Nazis. He did not help round people up. He did not confiscate anybody's property. Such false allegations are insulting to the victims of the Holocaust, to all Jewish people, and to anyone who honors the truth," the statement said. "They are an affront to Mr. Soros and his family, who against the odds managed to survive one of the darkest moments in our history."
Posted by arclein at 12:00 AM