Marine Protected Areas Are Important. But Are They Working? 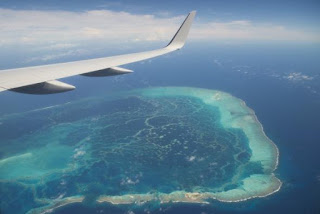 I have been on this topic for a long time and the world is slowly stumbling into this space.  We are al long way from best practice as yet.

Let us propose a thought experiment.  Establish a manged block of ocean, say the south China Sea which is actually a submerged continental land mass.  In this case a starting point would be to establish harvesting channels along side non harvesting channels.  Done right, this should allow a productive channel to naturally dump productive surpluses into the harvested channel.  sizing needs to be optimized but perhaps only a third of the area is ever harvest against a schedule that optimizes the economics.

There are plenty of variables involved here but the intent is to have the highest sustainable biomass along with the related harvest without producing productive deserts however temporary..  .

Marine Protected Areas Are Important. But Are They Working?

The world won't meet international ocean conservation targets by 2020, so a team of scientists is looking at what's next for saving our seas.

A view from Air Force One of Papahanaumokuakea Marine National Monument in the Pacific Ocean. Former President Barack Obama expanded the ocean reserve to be the largest marine protected area in 2016.


Every year National Geographic brings together explorers, scientists, and storytellers from around the world to share their discoveries and insights—along with their solutions for creating a more sustainable future. Learn more about the Explorers Festival and watch a live feed of the event. Read more explorer stories and join the conversation with #NatGeoFest.


You can think of a marine protected area like a boost of vitamin C taken at the onset of a cold. It may not cure you, but it can help you bounce back.


“A [protected] ecosystem tends to be more resistant to disturbance and it's more resilient—it comes back faster,” says Jane Lubchenco, now a marine ecologist at Oregon State University and formally the administrator of the National Oceanic and Atmospheric Administration. “It's not unlike your body. If you are immunocompromised, you're much more likely to come down with a cold or flu.”


These protected ocean spaces, when defended well, won't solve all the problems in the world's oceans, but they might give us a fighting chance against afflictions like climate change or overfishing. Studies have shown that completely closing a portion of the ocean off to activities like fishing and drilling helps keep wildlife populations healthy and increases biodiversity.


They also make headlines—declaring MPAs has been a growing trend in the past two decades, in part because the U.N. member countries are nearing a 2020 deadline to protect 10 percent of the world's oceans. It's a target unlikely to be met. The U.N. says that just under six percent of the world's oceans are protected, but one study published last March found that number is closer to 3.6 percent if you remove regions that have only been declared without any real changes.


So why are countries falling short of the goals they say are critical to meet? And what makes an MPA so necessary in the first place?


Exactly what people mean when they refer to a region as a marine protected area is unclear and often debated, sometimes hotly—and that's part of the problem, says Lubchenco.


“The lack of clarity around what 'MPA' means causes a lot of confusion,” she says, noting governments can't expect the same benefits from protected areas with looser protections. “What you get depends on what's allowed.”


It wasn't until February of this year that the International Union for the Conservation of Nature—a global organization responsible for classifying species as extinct, endangered, threatened, etc.—published a set of standards outlining that an MPA is a region managed explicitly for conservation.


Before, the onus was on individual countries to set their own standards. Even with the IUCN guidelines, an MPA can refer to anything from a region that's completely closed to a region that allows some commercial fishing.


Why Are Marine Areas Worth Protecting?


“MPAs are not a panacea. They're not going to solve everything,” says Lubchenco. “But they're a powerful and underutilized tool.”


A study published in 2017 in the Journal of Marine Science found that no-take marine protected areas yield higher quantities of fish and more ecological diversity. For those who fish on the perimeters of MPAs, the spillover is lucrative.


They won't prevent climate change from occurring, but MPAs may help ecosystems bounce back after the effects of climate change are felt. But just how much they help is a matter of some scientific debate.


In a study published last May in the journal Nature Climate Change, University of North Carolina biologist John Bruno found that even MPAs won't be able to weather warming temperatures and other impacts of climate change.


“MPAs are in big trouble until we tackle warming,” says Bruno. “To tackle climate change, we just have to reduce emissions. The science suggests really the only thing we can do is mitigate CO2 emissions.”


Bruno is skeptical that MPAs can offer climate change resilience. He believes the biggest benefits are that different species are allowed to survive and grow in number, thus increasing biodiversity.


Lubcheno, however, thinks this biodiversity is exactly what could boost regions that do feel the pinch from climate change.


“As we are radically changing ocean ecosystems, the more sources of genetic variety we have, the most likely it is to be suited to a new climate,” says Lubchenco. She gives the example that some species of coral are heat tolerant, meaning they don't bleach and whither away like many other coral species do when subjected to warmer waters.


“We know there's genetic diversity for thermal tolerance, and the hope is some genotypes will make it through the bottleneck of these warmer waters. If you protected those in an MPA, it's more likely that those will become more important,” she adds.


In other words, when (not if) the ocean warms, MPAs may be the best chance at preserving the genetic material that can weather warmer waters.


The world is already expected to fail at meeting its ocean conservation targets by 2020—so what happens next?


Lubchenco says policymakers need to recognize four protection levels, from fully safeguarded areas that don't allow any sort of human take like fishing or mining, to areas that are only minimally protected and allow commercial activity. Clarifying the type of MPA, she says, will help determine what the benefits will be and how the parks are enforced.


Scientists are also trying to figure out where they can get the biggest bang of their buck.


Should MPAs be established in areas at high risk of environmental damage, or is protection more effective in already pristine environments, for example.


A group of ecologists, climate scientists, economists, and data scientists from National Geographic's Pristine Seas initiative are beginning an ambitious project to map exactly where and when the world should create more. (Lubcheno is among those contributing to the effort.)


Convening the group is National Geographic Explorer-in-Residence Enric Sala, who says, “Success for this project is to come up with a map with areas that, if preserved, will save the life in the ocean, will help us produce food, and will help us mitigate climate change.”


After knowing where to place MPAs, Sala and his research team plan to take their findings to local governments in the hopes that it will help inform policy.


A meeting to kick off the initiative was held in April, and the group plans to publish their findings in a scientific journal by summer of next year.


It's a massive effort that the team hopes will ultimately help protect parts of the ocean that are imperiled by human activity.


Lubcheno points out that much of the technology that allowed industries to fish or drill for oil in far places were developed after WWII. She sees establishing MPAs as taking the ocean back to the way it existed before humans roamed the high seas with such abandon.


“The ocean used to be a de facto MPA,” she adds. “We need to re-establish protected areas because we got things out of balance.”
Posted by arclein at 12:00 AM