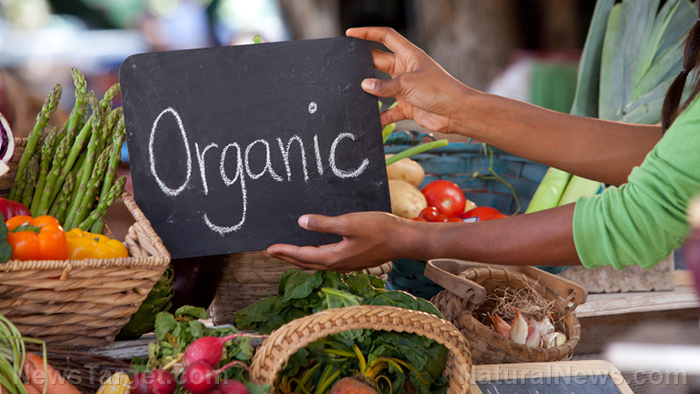 Yes do raise the alarm.  We have seen major top down regulatory initiatives converted into monopoly protection schemes although in fairness i expect this to end abruptly under Trump.
First off, the Organic system we have is not broken at all.  In fact it is becoming robustly healthy as the move to organic methods rapidly expands. It simply does not need to be fixed..
That the majors want to be able to dick with the rule making system is no surprise.  In the end though i expect it to be futile.  The reason for this is that the bad news regarding non organic methods keeps expanding and is building a broad constituency that is paying attention.
There is no such thing as organic GMOs although strangely they could prove welcome.  After all we have plenty of true GMO well accepted and clearly successful.  In fact all our nine thousand year old food staples have proved to be GMOs in the form of polyploidys which means someone doubled the DNA size in order to expand the grain size.
Yet exceptional care is desired and the roundup scheme is the clear counjter example . .
.
.
Congress is proposing big changes to the National Organic Standards Board – and farmers are raising the alarm

(Natural News) For health-minded consumers, knowing that the “organic” label is something they can trust is of utmost importance. But now, it seems lawmakers are seeking to make changes to the National Organic Standards Board (NOSB). And as you might suspect, these are the kinds of changes that could spell disaster for organic food as we know it.


The NOSB was created back in 1990 as a supervising body for the National Organic Program. The organization is made up of 15 volunteer members. Current members include organic producers, environmentalists and conservationists, consumer and public interest advocates, and a scientist, among others. The board member requirements were designed to ensure representation is balanced, and to inspire trust in the NOSB overall. The panel must be comprised of a certain number of individuals from each area, and by design, this is supposed to help protect organics against special interest groups like the agriculture industry.


But all that could change, under a new scheme designed to give politicians (and perhaps indirectly, Big Ag) more power than the board.

Is Congress going to destroy organic food as we know it?


Congress, in their infinite wisdom, has proposed two major changes to the NOSB — changes that would ultimately weaken the power of the NOSB, if not render the board obsolete entirely. What are these harebrained ideas from our elected officials?


As Civil Eats reports, Congress would, for one, like the NOSB to allow employees of organic farmers or producers to be permitted to have board positions. And secondly, Congress has proposed that they begin “allowing politicians to sidestep the NOSB’s authority to approve substances such as the fertilizers and pesticides used in organic production.”

OrganicConsumers.org reports that the 2018 Farm Bill would also require the NOSB to consult with the EPA and FDA “when considering whether to allow a pesticide or any other non-organic substance approved by those agencies in organic.” Further, the bill would give the Secretary of Agriculture the power to put pressure on the NOSB to “expedite” their review of industry petitions to allow the use of a “non-organic post-harvest handling substance” in organic foods, provided the product is “related to food safety.”


So, how long do you think it will take some bought-off politician to quietly approve a toxic product from Bayer-Monsanto for use in organic food?

Criticisms of the new bill abound


For consumers and members of the organic industry alike, this latest move by Congress is seriously disturbing. Not only are they trying to take power away from the NOSB, but they are trying to corrupt the organization and are literally paving the way for special interests groups to have their way with organic food.

The 2018 Farm Bill, titled Agriculture and Nutrition Act (HR2) has already been given an “F” from the National Organic Coalition. The coalition declared that the new measures proposed by Congress are “unnecessary and weaken the authority of the NOSB” — a sentiment many people share, no doubt.


Proponents of the Farm Bill claim that the NOSB is a dinosaur, holding organic farmers back from the latest “innovations.” Others have been critical of the fact that the NOSB primarily consists of small farmers and business owners, claiming that this leaves larger operations (like Del Monte or Driscoll’s) “unrepresented.” But whether or not these concerns are fair is debatable; large-scale farms that are new to the organic industry may be less concerned with upholding the integrity of organic food.


Jay Feldman, executive director of Beyond Pesticides, commented, “There are so many large companies getting involved with organic that do not have the history with organic, and that makes them less than optimal members of the NOSB.


“They don’t have the insight into organic practices,” he contended.


“If a Del Monte employee replaces a small-scale family farmer, for example, you’re undercutting the integrity of the organic seal,” Feldman added. Feldman was an NOSB member from 2010 to 2015. He added that many people who are critical of organics are “really steeped” in the pesticide industry.


Ultimately, the 2018 Farm Bill seems dead-set on undermining the integrity of organic food, and the government is once again attacking food freedom. Learn more about what you’re eating at Food.news.