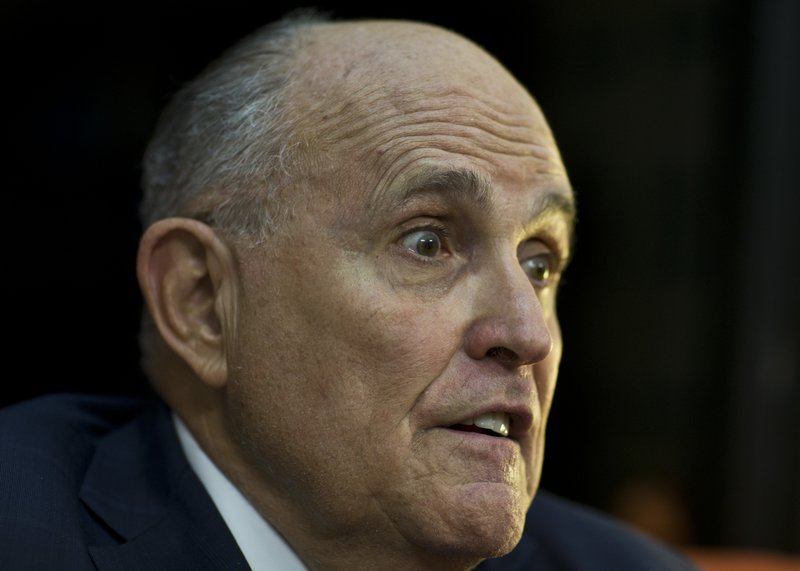 Yes he did and the summit starts in a couple of days.  I also observe three NK generals were also summarily dismissed.  Perhaps they pushed bad advice?

Thus it may well be possible to settle all this.  Those were the last kicks from the old guard.  In the meantime, by now they have hundreds of pages of agreements printed out ready for signing and we will see a road map ten years long that will create an united Korea.

At the same time, Rudy has commented that Muellar and team are attempting to frame Trump.  I do not think that they are really trying to do this but i do think that this is a deliberate ploy to introduce the framing meme into the public conversation.


Evidence to date has established that the Obama Whitehouse did operate a criminal entrapment scheme against Trump during and after the election and this is about to become a big thing with the IG report.


Also we are now at 35,000 sealed indictments and we just lost Anthony Boudain and Kate Slade to suicide this week.  It does not make you feel good knowing all this.

After the cancellation, “Kim Jong Un got back on his hands and knees and begged for it, which is exactly the position you want to put him in,” Giuliani told a business conference in the Israeli city of Tel Aviv.

In an interview later with The Associated Press, Giuliani rejected suggestions that such comments might sour the atmosphere ahead of next week’s summit, saying that the North Korean leader must understand that the United States is in a position of strength.

“It is pointing out that the president is the stronger figure,” Giuliani told the AP. “And you’re not going to have useful negotiations unless he accepts that.”

Giuliani said Trump had no choice but to call off the meeting after the North Koreans insulted Vice President Mike Pence, National Security Adviser John Bolton and threatened “nuclear annihilation” of the U.S.

“President Trump didn’t take that. What he did was he called off the summit,” he said.

Giuliani said Kim quickly changed his position, expressed willingness to discuss denuclearization and asked to have the meeting again.

“That’s what I mean by begging for it,” Giuliani said.

The summit is back on in Singapore next Tuesday.

Giuliani, Trump’s lawyer in the Russian investigation, noted that he was sharing a personal opinion and was not part of the U.S. foreign policy team.

The former New York mayor, a strong supporter of Israel, is in Israel for a number of appearances, including a speech to a Tel Aviv business conference earlier in the day and an address late Wednesday to OneFamily, a group that supports Israeli families whose loved ones have been wounded or killed in Palestinian attacks.

Speaking earlier at the Globes capital market conference, Giuliani suggested high-pressure tactics should be used with the Palestinian Authority, which has cut off ties with the U.S. to protest Trump’s decision to recognize contested Jerusalem as Israel’s capital.

“They have to be seeking peace. You’ve got to change the dynamic and put the pressure on them,” Giuliani said.

Giuliani is leading the defense of Trump in special counsel Robert Mueller’s investigation into whether Trump associates coordinated with Russia during the 2016 presidential election, and whether Trump took steps to shut down that investigation through actions, including the firing of FBI Director James Comey.

Trump’s team and allies have waged a public relations campaign against Mueller and the Justice Department to discredit the investigation and soften the impact of the special counsel’s potential findings. In the latest salvo, Giuliani accused Mueller of trying to “frame” the president.

Giuliani claimed that Mueller has produced no evidence of wrongdoing by the president, and has stacked his team with partisan Democrats, including supporters of Hillary Clinton’s presidential campaign.

Though Trump insists he did nothing wrong, the statements from him and his lawyers have made clear that much of their defense revolves around establishing that he was constitutionally empowered to take the actions he took.

Giuliani rejected criticism that the defense team is attacking the justice system or public institutions.

“We’re trying to purify institutions,” he added, accusing the media of trying to convict Trump and saying the prosecutors are “not saints” immune from attack.

Nonetheless, Giuliani said he remains in touch with Mueller, and that there have been discussions about allowing investigators to question the president. But he said his client needs assurances he won’t be railroaded.

“The president would very much like to do an interview. His lawyers are very, very suspicious,” he said. “They’re going to have to convince us that it’s going to be a fair interview.”

He said so far, Mueller has not produced evidence indicating wrongdoing by the president.

“If they can show us some hard, incriminating facts from that evidence, then we would consider advising our client to be interviewed,” he said.

Giuliani, who has been serving as Trump’s lawyer amid the Russia scandal, says Wednesday in Israel that Mueller’s team includes “13 highly partisan Democrats … (who) are trying very very hard to frame him to get him in trouble when he hasn’t done anything wrong.”

Speaking to the Globes capital market conference in Tel Aviv, Giuliani says Trump has the power to pardon himself but won’t because he is innocent.

It was the latest in Giuliani’s often contradictory comments surrounding the probe into Russia’s potential meddling in U.S elections.

Giuliani has become a lightning rod during his tenure on Trump’s team, drawing the president’s ire for a series of scattershot interviews.
Posted by arclein at 12:00 AM