Why Profit Is So Important 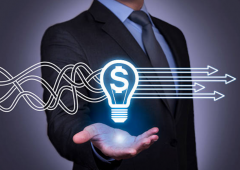 Profit is the only way in which it is possible to determine if you are been efficient at delivering a good or service. That obviously matters as all human enterprise is subject to private conversion which quickly reduces the size of the overall economy.   Thus profit shunning ideologies soon deeply depressed the economies involved.
At the same time there are many services that society requires and these are usually generated by a collective regulation or order allowing suppliers to price their services.  The profit system is very much in operation.
Thus attention to profit is usually sufficient to establish deliverability of a service and tesdting for excessive corruption as well....
.
Why Profit Is So Important

In most cultures, profit is seen as the outcome of exploitation of some individuals by some other individuals.

Hence, anyone who is seen as striving to make profits is regarded as bad news and the enemy of society and must be stopped in time from inflicting damage.

Profit however, has nothing to do with exploitation — it is about the most efficient use of real funding or real savings.

Profit as such should be seen as an indicator as it were, with respect to whether real savings are employed in the best possible way, as far as promoting people’s life and wellbeing is concerned.

Conversely, if there is a decline in the pool of real savings as a result of the particular actions of individuals then this could be seen as indicative of a loss. These actions caused the squandering of real savings.

Obviously, an expansion in the pool of real savings, which is the heart of economic growth and is manifested through profits, should be regarded as the key factor for raising individuals’ living standards.

Rather than being condemned, individuals that are instrumental in the expansion of the pool of real wealth, which is manifested in terms of profits, should be praised.

For it is these individuals that are instrumental in raising the living standards of the population as a whole.

If anyone is responsible for the lowering of living standards, it is those individuals that squandered scarce real savings thus weakening the process of real savings formation resulting in the weakening of profit formation or in an outright loss.

Profit emerges once an entrepreneur discovers that the prices of certain factors are undervalued relative to the potential value of the products that these factors, once employed, could pro­duce.

According to Murray N. Rothbard, every entrepreneur invests in a process because he expects to make a profit, i.e., because he believes that the market has under­priced and undercapitalized the factors in relation to their future rents.1

For an entre­preneur to make profits, he must engage in planning and antici­pate consumer preferences. Consequently, those entrepreneurs who excel in their forecasting of consumers' future preferences will make profits.

By means of accurately forecasting the future requirements of consumers, businesses allocate real savings towards the generation of the infrastructure that permits to accommodate consumers’ future demands.

Planning and research however can never guarantee that profits will be secured — various unforeseen events can upset entrepreneurial forecasts.

Er­rors, which lead to losses in the market economy, are an essential part of the navigational tools, which direct the process of allocating resources in an uncertain environment in line with what consumers’ dictate. Uncertainty is part of the human environment, and it forces individuals to adopt active positions.

Some commentators regard profit as a reward for risk taking. In the words of Ludwig von Mises, however,


A popular fallacy considers entrepreneurial profit a reward for risk taking. It looks upon the entrepreneur as a gambler who invests in a lottery after having weighed the favorable chances of winning a prize against the unfavorable chances of losing his stake. This opinion mani­fests itself most clearly in the description of stock exchange transactions as a sort of gambling.


Every word in this reasoning is false. The owner of capital does not choose between more risky, less risky, and safe investments. He is forced, by the very operation of the market economy, to invest his funds in such a way as to supply the most urgent needs of the consumers to the best possible extent.

Again, for a businessman the ultimate criteria for investing his capital is to employ it in those activities which will produce goods and services that are on the highest priority list of consumers. It is this striving to satisfy the most urgent needs of consumers that produces profits.

Also, profit and loss are the instruments by means of which consumers pass the direction of production activities into the hands of those who are best fit to serve them. Hence policies that undertaken to curtail or to confiscate profits impair this function.

In an environment of government and central bank interference, the consequent distortion of prices makes the establishment of whether businesses are making profits much harder. As a result, it becomes a challenging task separating wealth-generating activities from non-wealth generating activities.
1. Murray N. Rothbard, Man, Economy, and State (Los Angeles: Nash), vol. 2, p.466.
2. Mises, Human Action, pp. 809-10.
Posted by arclein at 12:00 AM