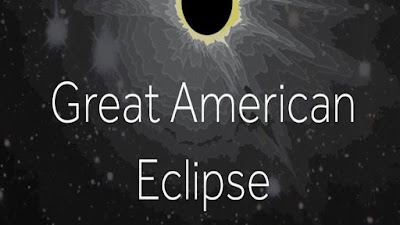 I am a long ways from taking much of this seriously, however, it is also true that  a flux of dark matter flows through the earth at all times originating from the sun.  If there is also an inner sun acting as a lens or even a block, then it becomes plausible that the ellipse may affect us.  The risk appears low, but it is also unknown.
It is certainly not obvious and we must assume that native instruction is spiritual in source.  What is true is that our Cloud Cosmology removes it from the realm of the inconceivable to a real possibility to consider.  Even there i do think you have to be close to dead center.
The potential effect will be played out on our spirit bodies in particular and this could actually be the danger..
.

Posted on August 19, 2017 by Cosmic Convergence
There are very good reasons why the Indigenous Peoples of North and South America do not watch solar or lunar eclipses.

Why Native Americans will not be watching the solar eclipse

For one, they have been around for many centuries and well understand the ancient wisdom. Of all the Native American tribes, the Navajo have been the most steadfast in disseminating the correct guidance regarding “proper eclipse conduct”.

The Navajo elders and chiefs have taught their children over many generations that an eclipse is a very sacred event that must be treated with great respect and reverence.

Toward that end, they direct all members of the Navajo nation to stay indoors during the actual eclipse of either the sun or the moon. They are strongly advised NOT to be outdoors during these celestial shows of light and shadow.

The shamans of the Navajo Nation especially instruct their children NOT to watch the eclipse taking place or to look at any part of it. To disobey this crucial instruction can translate to physical health problems, as well as to mental derangement and emotional imbalance.

The Navajo Nation is not only the biggest Native American tribe in Arizona, it is also one of the largest in the USA. Their traditional body of wisdom is much respected by all of the other tribes. Their timeless teachings and cultural lore regarding eclipses even extends to pregnant women.

If a pregnant woman sees an eclipse of any kind, be it solar or lunar, it might “affect the mind of the woman or also in the future it will affect the health of the baby,” Begay said, and a special ceremony must be conducted to rid them of the influence.

(Source: The Navajo do not watch lunar or solar eclipses)

The Indigenous Peoples of the Americas are well known for possessing knowledge that has been time-tested and proven true. They have watched the forces of nature with a keen eye and conscious awareness. Hence, Western civilization would do well to listen to Indian esoteric insights about “The Great American Eclipse”.

The Great American Eclipse: A Defining Moment In U.S. History

Many throughout the East already share this same understanding about the sacredness of an eclipse. They also comprehend the uniquely powerful energies that are associated with a celestial event that sees the occultation of a major luminary.

This coming Monday’s eclipse has already had a tremendous effect on the United States of America. The Charlottesville conflagration occurred just a week before because it was preordained that way.[1] This extremely divisive clash between the Right and the Left has served as a trigger point for more conflict in cities across the country.

The Navajo are quite aware that an eclipse can have a tremendous influence both before and after its occurrence. The seeds of chaos and subsequent strife that were sown prior to Monday, August 21st in Charlottesville will continue to sprout during the months following the solar eclipse.

For these and other important reasons, it’s highly recommended that folks resist the urge to watch this unusually impactful total solar eclipse. It’s guaranteed to have considerable aftereffects in all 50 states, and beyond. Why you should NOT watch Monday’s solar eclipse

Perhaps it’s prudent for every person present in the USA on August 21st to pay close attention to our wise Native American brothers and sisters. Clearly, they know something, from millennia of astute observations and deep experience, which most of US do not.

It’s quite possible that the age-old teachings of the Navajo could save the American people from much adversity. Hopefully, the U.S. citizenry will hear their urgent admonition about eclipses in time.
Posted by arclein at 12:00 AM