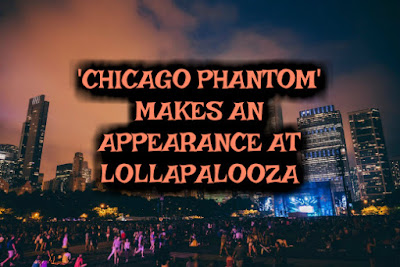 The chicago flap continues and surely it is deliberate by this point.

It is observed that the eyes are glowing powerfully and that is biologically impossible.  At the same time it leaped vertically on a ten foot wingspan.  Again not biologically plausible.

All this points to a man with a gravity belt who uses the wings for some thrust and for maneuver as an eagle can.  That also explains the whole scenario itself. It is all done at night to avoid it been obvious.  Thus we have a training scenario been conducted in order to understand public response.  They otherwise would hardly work Chicago.

The following report was submitted to Manuel Navarette at UFO Clearinghouse:

My friend and I were attending Lollapalooza last Sunday (August 6, 2017 at Grant Park) in Chicago, Illinois (located in Chicago's central business district). As the concert ended and we were walking back to the hotel, we saw what looked like a giant bat flying just above the tree tops in the park. As we walked into a clearing we saw that this thing had landed and was looking directly at us with a pair of glowing red eyes. These eyes were brightly lit and a brilliant red. We both screamed which attracted the attention of a few people who ran up to us and saw this thing. This thing then spread its wings open and shot straight up into the air.

It flew above the tree tops and then disappeared into the darkness of the night. The strange thing, asides from this creature was that the park was absolutely silent after it left. No birds were heard, not even the sound of the city around us...just a bunch of scared people trying to make heads or tails of what the Hell we saw.

The creature was approximately 7 ft tall and was completely black. It had a pair of red eyes that glowed and when its wings spread open it must have been at least 10 ft across. These wings did not look like they had feathers but instead looked like what a giant bat’s wings would look like. It made no sound other than the sound of flapping once he got airborne and it was gone within four to five seconds.

The witness states that they left the Lollapalooza grounds at approximately 9:30 p.m. They were one of the last attendees to leave, in order to allow the crowds to thin out and make it easier to traverse to the hotel.

The witness and her girlfriend both reported that they were both talking and walking when they noticed something fly overhead. At first they paid no attention and assumed it was just a large bird. They continued walking for approximately 150 yd when they notice the creature in a clearing in the park. They stated that the creature looked like it was hunched over something when it noticed them and they were able to look at it face to face. They both agreed that it was about 5 seconds later that a group of people came up from behind and also saw the creature. They were all pointing and some were even shouting at it. It was at this point that the creature unfolded its wings and took off into the air. Both witnesses described the wings as membrane like just like a bat's wings and about 7 – 10 ft wide from tip to tip. They say the creature shot up into the air with minimal effort and was gone within seconds.

When asked specific questions meant to misdirect, both witnesses stuck with the story they submitted. Neither tried to embellish and both specifically stated that they were sober and fully aware of their surroundings. Neither witness reported any adverse effects following the encounter or the subsequent days after. 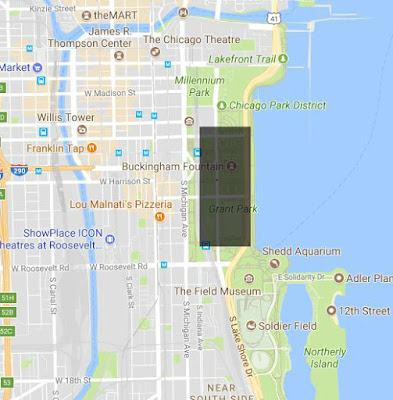 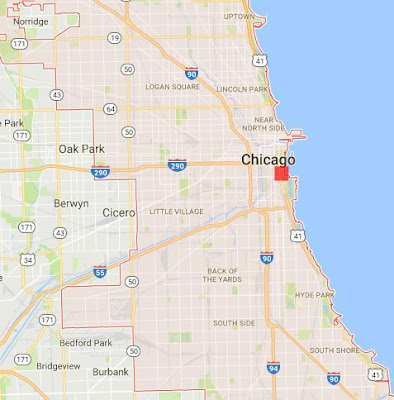 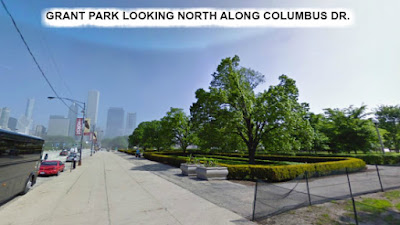 NOTE: This report mirrors many of the previous sightings. Again, we have no photo from the reporting witnesses...maybe one or two will eventually surface. I would really like to have corroboration as it pertains to this sighting...hopefully someone will 'step up.' Any updates will be included with this post. This sighting has been added to the Chicago Phantom / Owlman / Mothman / Man-Bat / Flying Humanoid Reports - Chicago Metro Area - Interactive Map 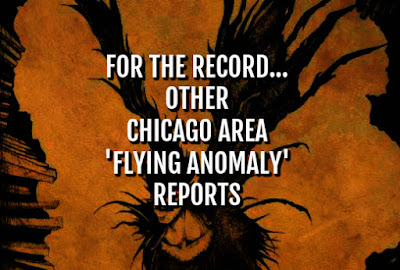 Since the time I started receiving and posting flying humanoid reports in and around the Chicago area, there have been several reports that weren't specific (or believable) enough to be considered as part of the mix. But there have been other sightings, in which I conducted interviews, that deserve to be mentioned as part of the record. For the time being, these incidents will not be included on the interactive map unless further information is received. Here are a few of those reports:

I was getting out my car outside of the Target store in DeKalb, IL last week (Saturday afternoon August 4 – between 6:30-6:40PM) when I noticed a couple were using their phones to video something in the sky. I looked in that direction and there was something (someone) floating / flying above and behind the storefronts. It was far enough away to not make out too many details but close enough that it definitely looked like a flying person with both arms and legs outstretched (looked like a flying X). My recollection is there that is was mostly dark but there was some color reflecting from it in the afternoon sun - orange - or red-orange.

It kind of "floated" horizontally away to the right away from us (but never descending - therefore I figured it was being controlled somehow, not someone in a glider). At times turning horizontal to the horizon so you couldn't detect the shape. I did ask them "What was that?" and they replied that they had no idea, but didn't it look like a human with both arms and legs extended ? I agreed.

I didn't catch a cell phone photo until it was too far away to make out the shape. I wish I knew who the people were that filmed it from right beyond the buildings. AN

NOTE: I talked to 'AN' by telephone for quite a long time. A photo was forwarded, but was nothing more than a tiny spot that showed no detail whatsoever. AN stated that the flying anomaly was visible to her for over 10 minutes (other people had been watching it before her). She also stated that it was definitely human-like and the body was about 6 ft in height. The wing span was wide and beyond the length of the body. The aerial maneuvers were 'unbelievable'...floating, hovering, vertical descending and ascending. As well, there was a intermittent flashing of reddish-orange color.

I spoke with you around 6:50pm today (August 13th) about my winged creature experience out here in Chicago. I mentioned I was a little late about it, as I never thought to go out of my way to report it on any site. But I remember back in October/November of 2014 near 18th St in the direction of downtown Chicago, where the moon was at night time, I saw a black silhouette of a humanoid winged creature that I jokingly called a "Shinigami" from the Death Note series. I saw it span across the moon for a quick second and then disappear. I called my buddy and told my wife as well about the incident. Figured this may be of some use.

Last weekend (August 6th) I was at Miller Beach in Gary, Indiana with my niece. It was beautiful day but not sunny. We were laying on the beach and my 19-year-old niece pointed up and said 'what's that?' It took me a minute to see it but when I did I said I don't know...a plane? Like a small fighter jet plane?? She said it can't be a plane and it definitely isn't a bird, so we agreed we didn't really know and it kind of disappeared slowly gliding up into the clouds. Later in the day, around dusk we saw about 20 octagon shaped iridescent balloons floating across the sky and I mentioned that perhaps that was what we saw earlier, just higher up in the sky. We didn't think of it or mention it again.

Then I saw this picture (Note: the photo from 2011) and this is exactly what it looked like! It was pretty high up, which is why I surmised it had to be a small fighter type jet of some sort. Now I know this is what we saw. It was over Lake Michigan at the Indiana Dunes, specifically Miller Beach on August 5th, 2017. I don't know the time but it was likely around 2pm or 3pm in the afternoon. I'd like to remain anonymous, but report the sighting.

NOTE: as of today (August 15th) there are a few reports in which Manuel and I are awaiting follow-up information. We have attempted to be as transparent and accurate as possible...though we refuse to give out witness information unless we are specifically directed to do so. I realize that some readers wish that more information could be provided and that more evidence was available. Please be patient. We will continue to disclose those sightings/encounters that we determine are worthy and pertinent. Thanks. Lon