NASA confirms: Sea levels have been FALLING across the planet for two years … media SILENT

I suppose that must not be important of course?  The climate absurdity marches on although i must say that many are attempting now to wiggle off the bandwagon of stupidity.
I do think that it is possible for the Greenland ice cap to be fully removed.  Yet it is also highly unlikely without human intervention.  It is just that adding real warmth to the Arctic might be interesting while adding some height to the sea level.
Yet it will be a push too far in practice and completely unnecessary.. .
.

NASA confirms: Sea levels have been FALLING across the planet for two years … media SILENT

On a NASA page intended to spread climate alarmism (https://climate.nasa.gov/vital-signs/sea-level/), NASA’s own data reveal that world-wide ocean levels have been falling for nearly two years, dropping from a variation of roughly 87.5mm to below 85mm.

Check out the sea level chart for yourself, showing the downward trend across 2016 – 2017: 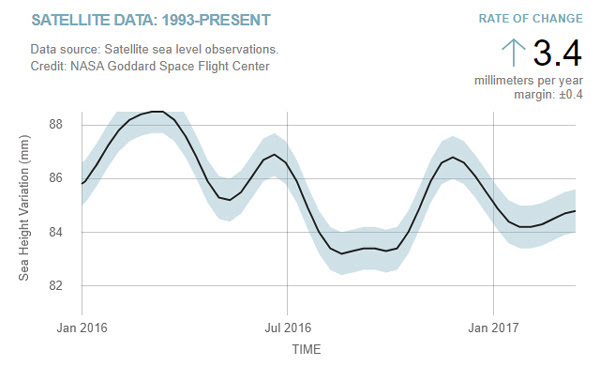 Even in the worst case, sea levels will only rise about a foot in a century

Global warming alarmists might say this is only a “pause” in the rising ocean levels, and that the long-term trend is clearly in the direction of rising oceans. However, these people wildly exaggerate the degree of ocean level increases to the point of absurdity.

If you zoom out on the NASA chart, you’ll see a long-term trend of sea levels rising 3.4mm per year on average, according to NASA’s own analysis. This means that over an entire century, the oceans would rise 340mm, or 13.4 inches … a little over a foot. 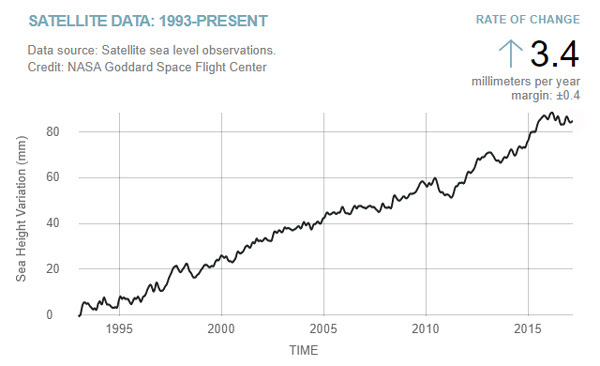 That’s about one foot in a century, a far cry from the doomsday predictions of “science scaremongers” like Al Gore who depict entire cities inundated with a 20-foot wall of water where millions of humans drown to death.

The delusional paranoia of climate change cultists like Al Gore is so far gone beyond rationality that Gore recently declared oceans were rising so fast that fish were already “swimming in the streets of Miami.” Not long before that, Al Gore claimed God told him to fight global warming, so he’s now apparently getting rich off the climate change scam because he was ordered to do so by God himself.
Now, Al Gore says he needs just $15 trillion (yes, trillion) to fight global warming and save humanity from rising ocean levels. Yet NASA tells us that oceans are only rising at 3.4mm per year, or about a foot per century.

This means that a hundred years from now, the beaches in Florida will have about one foot deeper water on them. That’s hardly a global crisis that threatens human civilization. Cities won’t drown. Billions of humans won’t be displaced. The entire narrative is a total fraud (and NASA’s own data confirm that). 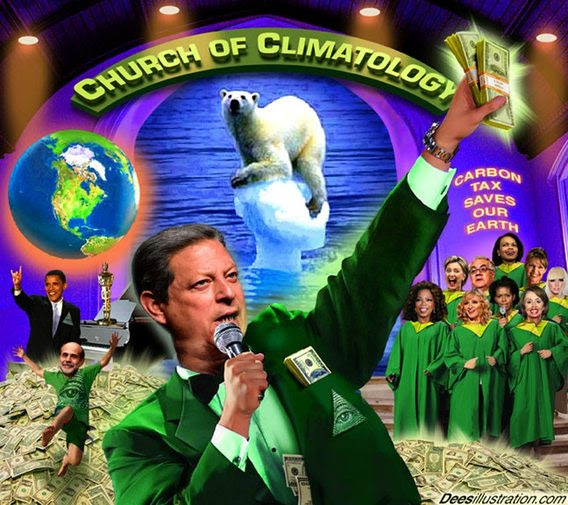 Why do climate change alarmists hate rainforests? A wetter, warmer world is more lush and “green”

Finally, there very idea that melting ice is somehow bad for the planet is total hokum and bunk. By what lunacy do climate alarmists arrive at the conclusion that a frozen, dry planet is somehow better than a wet, warm, lush planet with more rainforests and food production?

As I explain in these science education videos, “greening” the planet requires higher CO2, warmer temperatures and less ice. That’s not a crisis, it’s a blessing for all plant life and ecosystems across the planet. It makes me wonder: Why do climate change alarmists hate rainforests so much that they want to freeze the planet and turn warm water back into frozen ice?


The answer is because they are all mindless cultists who don’t understand anything at all about climatology, science or botany. They are nothing more than Programmable Life Forms (PLFs) who have been brainwashed by a wholly dishonest, globalist-run media that uses the climate change baloney to enslave and indoctrinate the masses. The entire climate change hoax demonstrates just how incredibly stupid and gullible most humans really are, revealing that if they could turn Earth into a lifeless, cold, icy wasteland, they would consider that the ultimate success of the “green” movement.