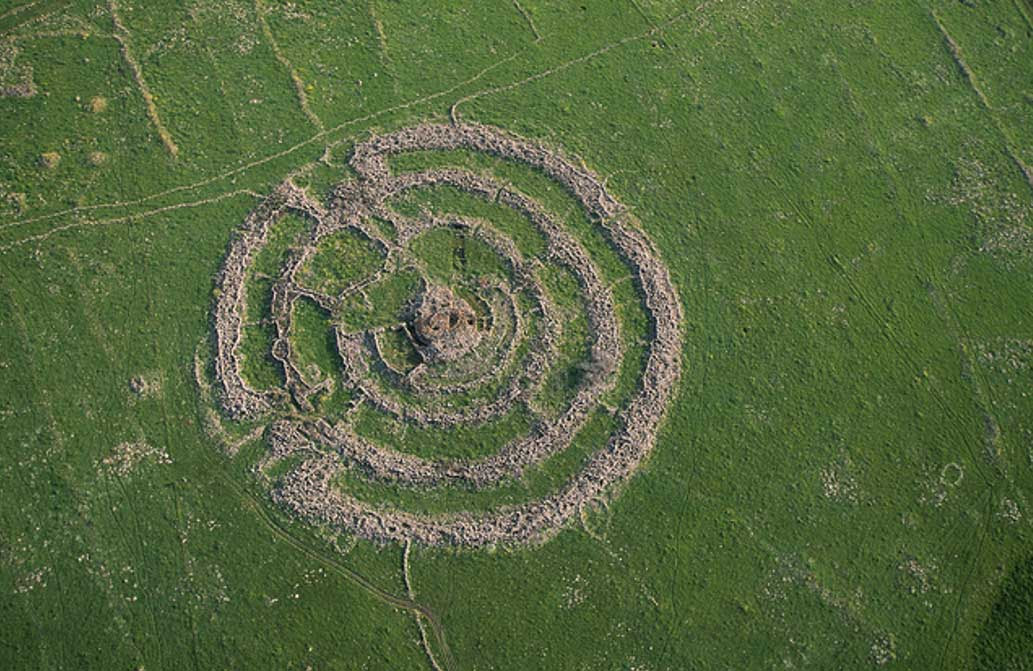 I think that it makes a great ceremonial site.  Folks can scramble onto the three rings in terms of their status.
Leaders and elders make the inner rings, men on the middle ring and women and children on the outer ring.  Anyone with something to say can work his or her way into the center and from there address the whole community.

Also note that the land itself has been divided up using stone fences as well, so hauling stone came with the territory and making use of it makes sense.

Sitting in plain sight but unnoticed for centuries, an unusual megalith near the Sea of Galilee has stumped experts. An ancient monument comprised of enormous stone circles dating to the Early Bronze Age remains a mystery to this day. No one knows who created the stone rings in the form of a wheel, nor why. 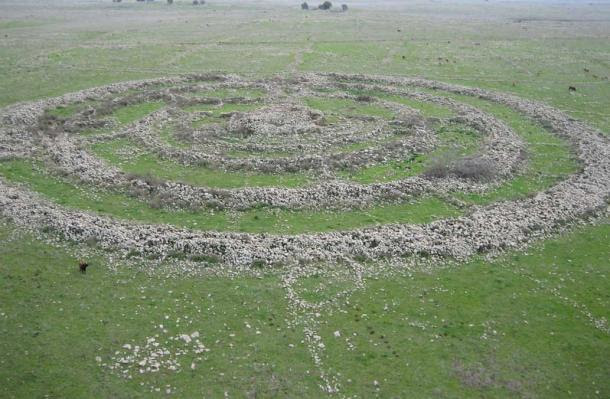 Livestock grazing nearby reveals scale of enormous stone rings on the plains of the Golan Heights. ( CC BY-SA 3.0 )
Pattern Within Giant Stone Circles Revealed From the Air

The impressive ancient ruins, located in the Golan Heights (a contested region claimed by both Israel and Syria) are a wheel-like design of enormous piled rocks—an estimated 40,000 tons of black basalt—stacked into at least five concentric rings, with a central burial cairn at its center, according to news website Haaretz.
Posted by arclein at 12:00 AM