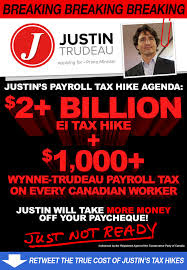 A fundamental problem with taxation is that it put the top third of the incoming generation at a serious disadvantage in terms of assembling personal capital, unless they have serious access to family equity.  This proposed reform will even make a lot of that a problem as well apparently.

That top third has been responsible for creating the majority of new wealth and future tax flows.  These so called reforms actually damage the most important sector of our economy.

The current dispensation is hardly ideal or particularly satisfactory, but certainly way superior to options available say even twenty years ago.  Accountants can preserve surpluses on behalf of the real risk takers.  That doctors and lawyers use those options is hardly a surprise but they will find a way anyway.

The bottom two thirds give up a large part of their income in exchange for real income continuity.  From that it becomes possible to buy property and toys.  I can assure you that surrendering income continuity also means sooner or later surrendering the house and those toys and great credit.  People live with that and it too can be radically improved, but not through the tax code so much.

To the Liberal Members of Parliament,

I recently read a Globe and Mail article reporting on the Liberal caucus meetings held in Kelowna. In the article the Prime Minister of Canada, and the leader of your party, was quoted as follows; “I want to be clear: people who make $50,000 a year should not pay higher taxes than people who make $250,000 a year Mr. Trudeau told his MP’s”. I have never been a politically active person but feel compelled to respond to this comment.

First of all, I am a tax partner at the largest independent accounting firm in the southern interior of British Columbia. For the last 25 years we have assisted small business owners and primarily owners of private corporations. As a result, I can speak from first hand knowledge and experience. We have thousands of clients and I can state that the situation the Prime Minister has described does not exist. It does not exist because under no scenario is this possible. If your leader is describing the proposed tax changes to you in this way then I strongly suggest your are being misled and lied to.

Let me make this as simple as possible. If a corporation has earned $250,000 then it will pay corporate tax in the amount of $37,500 at the low rate and as much as $67,500 at the high rate. Dividends are then distributed to shareholders whereby they pay tax again at the applicable marginal tax rate. An employee who earns $50,000 would pay approx. $8,000 in tax. Clearly, the situation as described by Justin Trudeau is false. There may be ways to mitigate the personal tax element but you can’t avoid the significant corporate tax bill. Once again, I emphasize that you are being misled by the Prime Minister of Canada.

Your party’s tax proposal’s represent profound changes to the Income Tax Act and the taxation of private corporations. However, the tax release was made right in the middle of the summer vacation months and only provide for a 75 day consultation period. I am trying not to be cynical but this appears to be political gamesmanship at its worst and I strongly suggest the majority of Canadians can see this for what it is. Dramatic changes such as these need to be extensively studied to determine the true impact to the citizens of Canada and our economy. These changes are so significant they could end of bankrupting people. The tax release rushes to conclusions to questions that are multifaceted, this is not the way to go about this process at all.

I would also like to comment on your party’s statement that the tax proposals are meant to only impact “the rich”. A medical practitioner in their early to mid thirties, who has just started practicing after finishing their studies is not a 1%’er or rich. Their income may be high, $300,000 - $400,000, but they probably have negative net worth due to student debt. They have not even reached the middle class yet. It may take them many years to start having a positive net worth. Any discussion of upper versus middle class should be focused on net worth and not income level. In keeping with your party’s promise to the middle class “that there is a belief that every Canadian should feel confident that they have the same opportunity to succeed”, these proposals are making the road to success significantly harder than for those who have the advantage of high net worth. Here is an idea, let all business owners acquire assets so that they can attain the same level of financial security to that of a public service employee with a defined benefit pension plan. For example, if a public service pension plan is equivalent to $2,000,000 of savings then perhaps this could be a proper threshold to allow business owners to acquire the same level of assets without being punitively taxed. This seems like a fair resolution. Do you know if the Liberal Party has considered it? There are many options and alternatives that need to be explored before your party’s tax proposals are allowed to pass.

I have reviewed the tax proposals in detail. A recurring theme of your party’s proposals, and specifically how they are being presented to the public, is the need to equalize a business owner with someone who is paid salary as an employee. Business owners add to the economy by way of their intellect, will and determination, as do employees. However, business owners of private companies, unlike public corporations, take on all the risk of a business. They guarantee the corporations bank loans by putting up their homes as collateral. They inject funds into the business as necessary. They pay themselves last, after employees, lenders and Canada Revenue Agency are paid. I had clients, a husband and wife, who had their family business go bankrupt this past year due to the loss of a major customer. They had to liquidate their life savings in order to pay the corporation’s bank debt and pay the employees. All of the risk of that business flowed to them. This must never be overlooked in the discussion of tax policy. You may say ‘But the employees lost their jobs as well”. To that I say it was through the effort, energy and risk taking of the business owner that those jobs were created in the first place. If you ask me if business owners should have some form of upside for their efforts, I emphatically say yes. This only makes sense because that same business owner is left holding the bag if the business does not survive.

My comments only address a small portion of the inherent problems with your party’s tax proposals. I strongly urge you to educate yourself about what these proposals really mean to the citizens of Canada and the Canadian economy and do not rely on the words of your party’s leader, he is deceiving you.

I would be more than willing to explain any of my comments. I do hope you act appropriately regarding this incredibly important issue that is before you.

White Kennedy LLP
Posted by arclein at 12:00 AM