A Forgotten Sphinx and Faked Cartouche: Changing the Course of Ancient Egyptian History? 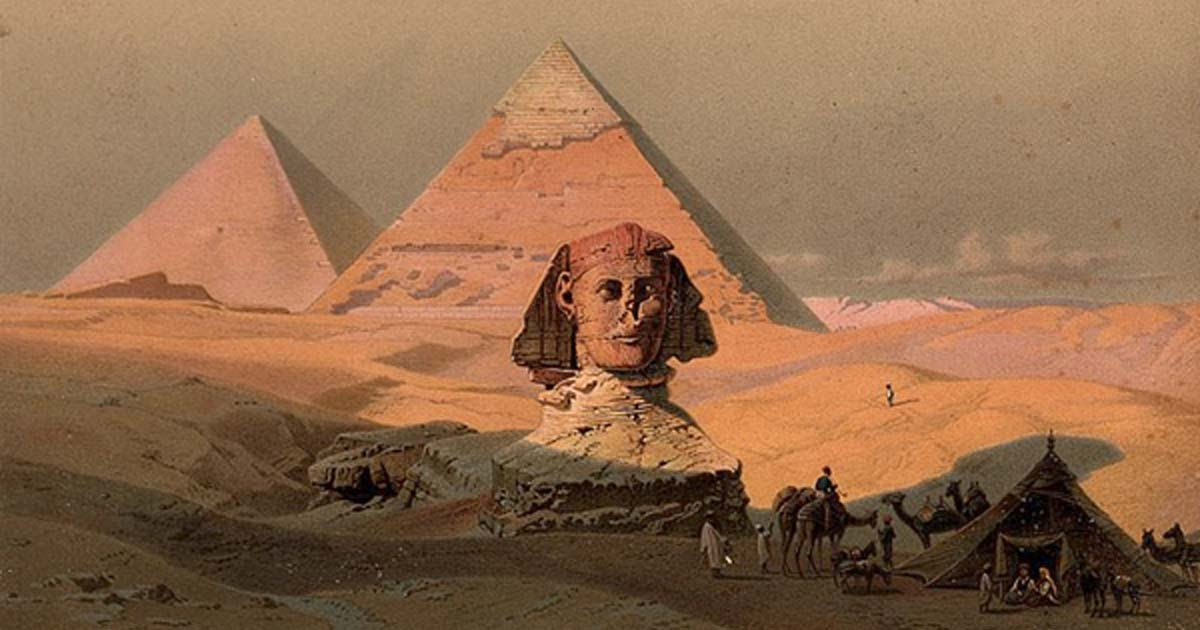 This is interesting. I had never heard of a possible additional sphinx here.   It could be possible and again the whole complex demands extensive mapping with remote sensing tools along with serious imaging work.
In the meantime no one is able to confirm something  on the ground.
As i have posted, this is the most single important ancient site out there and it deserves complete excavation along with restoration..
.

A Forgotten Sphinx and Faked Cartouche: Changing the Course of Ancient Egyptian History?


When Gerry Cannon invited me to co-author his forthcoming book, “The Giza Plateau Secrets and a Second Sphinx Revealed”, I’m sure that neither of us could have foreseen the most explosive revelation in our subsequent hunt for answers from our discoveries.

Gerry already leaned towards a time frame for the building of the three large pyramids as well as the Sphinx as being many thousands of years older than many of us have been led to believe. He also discovered an unexplored mound on the Giza plateau where another sphinx is likely buried.

The Dream Stela which is placed between the fore-legs of the Sphinx has two lions at its top.

Apparently, no one except Gerry had noticed that the right-hand sphinx clearly has female features and the left male features. There are many other examples of ancient Egyptian art that depicts two male and female sphinxes.

This is particularly strange because the lions in the Dream Stela lie back to back just as they do in the hieroglyphs representing Aker and KHephre, the lions of Yesterday and Today, and these are generally considered to be both male. Egyptians believed that after sunset the sun travelled through a tunnel inside the Earth and dawn came when the sun rose in the morning after emerging from the other end of the tunnel. Aker, as the two lions, guarded both portals of the tunnels. Therefore, they often had the double lion statue at the doors of palaces and tombs to guard them from evil spirits, just like Chinese Foo dogs guarding temples and palaces. Perhaps the Lions on the Dream Stela were guarding the entrance in the Sphinx which led down to the vast underground complex of temples and tunnels. We only have to look at the hieroglyph for the Akerw to understand the lions on the Dream Stele.

Hieroglyph for the Akerw by Sir Wallis Budge in his “Egyptian Language. Easy lessons in Egyptian Hieroglyphs with Sign List”, published 1910.

When was the Sphinx Carved?

For centuries, people have guessed at there being a female Sphinx - and there are sketches going back to the 16th century which show such a monument. The reason for it may have nothing to do with the Dream Stela lions, but to place the Lion headed goddess Sekhmet into the Giza Mount frame. Gerry also noticed other ancient Egyptian art that depicted male and female sphinxes.

In the ancient Egyptian belief system, there were ‘Two Lions of the Mount’. The meaning behind them is explained in our new book. It might be that Gerry has found the Second Sphinx. Its situation and the problems Gerry has faced in trying to remove a ‘Sandy head covering Burqa’ are fully described in Part Two.

I agreed that the Sphinx had to have been carved out of natural rock far back in the past, for the massive erosion marks and lines around the body could only have been worn away when either there were many years of tropical downpours, or when the sea washed heavy waves over the Giza Plateau. Another reason for the erosion on the sphinx compared with little or none on the pyramids is because the sphinx is located about 60 meters (196.85 ft.) lower than the pyramids - where water would have stayed longer when the plateau was submerged.

Gerry’s point is that whoever carved the sphinx would have had to have seen the huge bedrock in order to calculate the size to carve it. Therefore, there couldn’t have been any sand covering that mound! It was most likely exposed at the time when the Giza plateau's climate was fertile, or perhaps even tropical. That being the case, it would have been thousands of years before the ancient Egyptians were there. Perhaps it was before the onset of the last great ice age or the so-called Great Flood, which might have occurred when the ice melted. Such a time was at least 12,500 years ago. Even so, mainstream Egyptologists have gone to great lengths to try and discredit such a time frame .
Posted by arclein at 12:00 AM