The Ingredient That's About to Change the Way You Bake 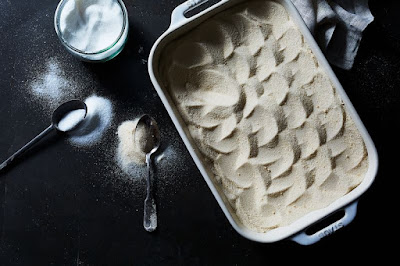 This could be valuable knowledge.  The crude sugar substantially caramelized and this breaks up most of the sucrose which impacts the liver badly.   Yet it is not wholly broken down producing a very different product.

Easy enough to make as well.  I presume a warm oven is around 200 to 250 degrees.  It needs to be run for at least an hour and several is indicated.  Obviously one takes a couple pounds to do it up and store against actual use.

I do think that this is an excellent improvement on almost all baked goods.  Cookies leap to mind.  Sweetness is lowered and flavor enhanced.  One could also add stevia if sweetness is needed to be enhanced when recipes are specific to actual sugar content.

What it allows is a significant reduction in sucrose itself and that is commercially useful..
.

The Ingredient That's About to Change the Way You Bake


I once worked in a basement kitchen that could drop down to 50° F in winter, chilling cookie doughs and cake batters to the extent they couldn’t be creamed. As a workaround, I often warmed my sugar in a low oven to knock off the chill, bringing it up to about 70° F. One day, sidetracked by a series of phone calls, deliveries, and other office-related duties, I forgot all about it.

Several hours later, the smell of caramel drifted over to my desk and I took off at light speed, expecting to find smoke billowing from the oven and a hotel pan filled with bubbling caramel. When I threw open the oven door, there was nothing but an innocent tray of what looked like turbinado sugar.


It seemed a little lumpy and damp, but to my surprise, the sugar cooled into something powdery and dry, with a toasty, if not outright caramelized, flavor that tasted significantly less sweet than plain sugar. Curious as to how it would behave as an ingredient, I whipped it into a meringue for angel’s food. The cake turned out as tender and fluffy as ever, with a intriguing sense of richness and a gentle ivory hue.

“With the right balance of temperature and time, you can make a light caramel that’s powdery and dry.”  Many hours of research later, I’ve learned that sugar doesn’t actually melt. Melting is simply a phase change, when something solid becomes liquid with no impact on the chemical composition of a substance. Ice is still water after it melts. Butter is still butter. Chocolate is still chocolate. But “melted” sugar is caramel.

But unlike pure sucrose (table sugar), C12H22O11, caramel has a chemical composition so complex it can’t be expressed with a single formula. Within every sample, scientists find hundreds of different compounds, collectively known as caramelins. As it turns out, when you heat sugar up, it doesn’t melt—it decomposes. 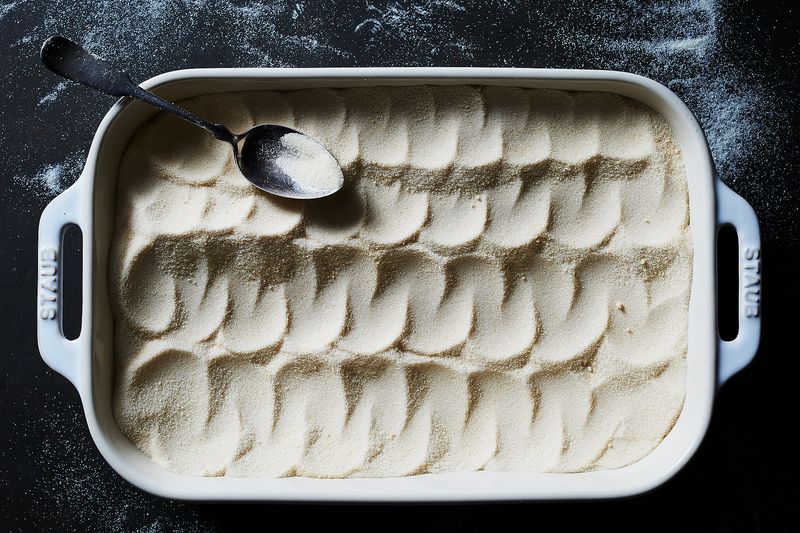 This is the kind of beach we want to spend all summer playing on. Photo by Julia Gartland

It seems like a pedantic distinction at first. Regardless of what’s technically happening, solid sugar becomes liquid caramel. Who cares? But if you stop to think about it, the implications are huge. If sugar isn’t melting, that means thermal decomposition can be initiated at any temperature, given enough time. With the right balance of temperature and time, you can make a light caramel that’s powdery and dry.

“It's downright miraculous in hyper-sweet desserts that rely on sugar for structure.”  Unlike caramel powder, which is made from fully caramelized sugar that’s cooled and ground fine, “roasted sugar” still contains enough sucrose to behave like plain sugar in any given recipe. Yet because it’s not pure sucrose, it tastes less sweet than table sugar (chemically speaking, it’s actually less caloric too), with only a faint hint of caramel.

Those properties make it downright miraculous in hyper-sweet desserts that rely on sugar for structure (ice cream, meringue, nougat, or marshmallows, even simple syrup) because it tames their sweetness without changing their overall flavor profile, unlike raw or semi-refined options such as brown sugar, demerara, and turbinado. It’s also pH neutral, so it won’t affect how cookies and cakes spread, rise, and brown. 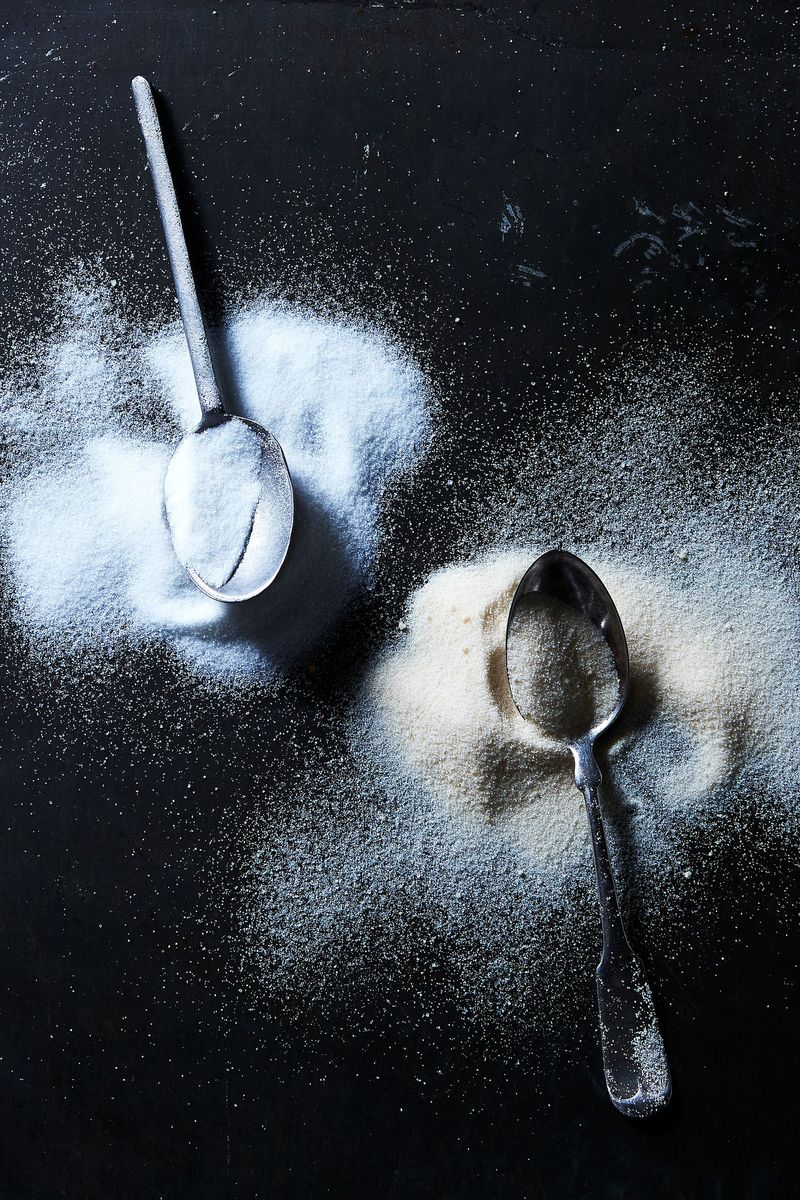 It’s a perfect one-to-one replacement for white sugar in any dessert recipe, especially handy in desserts like marshmallows and fudge, which need sugar for composition but have a reputation for tooth-aching sweetness. By swapping in sugar that’s been roasted even for one hour, you can bring these desserts into balance without sacrificing structure, distracting from their classic flavor, or adding more salt.

Yet of all its potential uses, none can compare to the absolute magic of roasted sugar in angel’s food—especially for those who’ve been put off by the cake’s traditional sweetness. Not only does it make the cake demonstrably less sweet, it adds a hint of complexity without overtly deviating from the classic flavor profile.
Posted by arclein at 12:00 AM