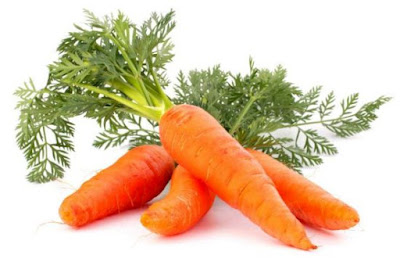 Once again we have convincing claim stories and no follow up by science of significance.  My own sense of all this is that complex organics are very helpful and that we simply fail to know which ones.  It should not matter.

Carrot juice, and cannabis juice are powerfully indicated.  The likelihood of negative counter effects are surely low even at high consumption levels.  Better yet all such consumption protocols avoid direct damage and usually allows for watchful attention at least.

Considering that an arrested disease is an acceptable outcome for anyone facing death and disablement, all is good.

The first step in cancer treatment is to arrest the decline with alternative protocols if that can be done.

We’ve all heard stories about people who have cured their cancer with compounds like cannabis oil. But did you know that there are more options than just cannabis oil that mother nature has given us to battle cancer?

Take for example Ann Cameron, an American woman who cured her stage 4 colon and lung cancer by using nothing but carrot juice. On June 6x, 2012 Ann was given surgery for recently diagnosed stage 3 colon cancer. After the surgery she started feeling better, but when offered chemotherapy she declined.

Five months later on November 6, she received the results from a CT scan that revealed probable cancer in her lungs, which her oncologist believed was the colon cancer from before that had metastasized into her lungs. She later heard from her surgeon that the lung cancer was developed independently based on the fact that colon cancer grows slowly while her lung cancer had been growing very fast.

At this point her oncologist had given up hope for her survival. Her recommendation was morechemotherapy to extend her life a just little longer, but her life expectancy was already a short two-to-three years, and chemo would not have given much more beyond that.

“I read everything I could find on the internet about alternatives to chemotherapy and radiation. I already had a list of twenty or so recommended substances that didn’t work, that my husband had tried for six months before dying of lung cancer in 2005.” – Ann Cameron

Around this time was when Ann had found an internet letter by a man named Ralph Cole that talked about using carrot juice as cancer treatment. He said that drinking five pounds of juiced carrots a day had effectively killed small cancer cells on his neck, and that he heard from a few others that the juice had helped as well.

“Ralph was very detailed in describing his own experience, and wasn’t selling anything or engaging in self-aggrandizement.” – Ann Cameron

On the 17th of November, she began drinking the five pounds of carrot juice that Ralph tried. However, onNovember 27 she received even more bad news as a PET scan confirmed their earlier belief that the two tumors in her lungs had been growing as fast as her swollen lymph nodules. Each were “rapidly growing”, and “avid for sugar,” according to the radiologist’s report.

Even now, she still did not want more chemo, she wasn’t taking radiation, and she had no other dietary changes besides adding carrot juice. The only other change that she made was accepting “prayers and good energy,” and asking for wisdom from the universe, she says.

On January 7th, things started looking up. After taking another CT scan, the oncologists found no growth of cancer in her lungs, shrinking tumors elsewhere, and fewer swollen lymph nodes. After only eight weeks of taking carrot juice the cancer had stopped growing and she was on her way to remission.

She notes that eight weeks is the same amount of time it took Ralph to eliminate the cancer on his neck.

“I believe from personal experience that carrots can cure cancer–and rapidly, without chemotherapy, radiation, or other dietary changes. I think carrots are worth a try for nearly everyone diagnosed with cancer, because the results show up very fast.” – Ann Cameron

After drinking the juice for another six months, she received the results of a CT scan at the end of March 2013, which showed no growth of cancer and a further shrinking of the tumors. Then, on August 1st 2013, only one month past a year of her original colon surgery, she received the news that her cancer had vanished and her lymph nodes had returned to normal size.

Research On Alternative Treatment Is Desperately Needed
The need for more studies into alternative cancer treatments is becoming increasingly clear. If further research was done into the effects of falcarinol (the compound in carrots that is most effective against cancer), cannabis oil, vitamin C, and nutrition, countless lives could be saved from cancer, as well as the many of the debilitating effects of chemotherapy.

Even Cameron was told by her oncologist that although she was interested, they could not recommended to her anything but chemotherapy because of a lack of research into these other treatments.

“My understanding is that M.D.’s must rigidly conform to recommending chemotherapy or radiation, and nothing else, lest they fly in the face of proven published research and cause a patient’s injury or death with unorthodox advice–which could get them a big medical negligence law suit.  So you can bring up carrots, or cabbage, or curcumin with your doctor, but even if they are interested, they are not free to recommend these substances to you.” – Ann Cameron

However, because she took her treatment into her own hands and ended up with something that worked for her, Ann is now very healthy and travels the world to enjoy the life she still gratefully has, spending her time educating others about the potential miracle of carrot juice as an alternative treatment for cancer.
Posted by arclein at 12:00 AM