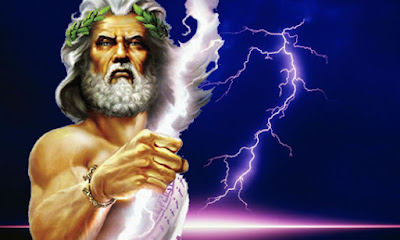 What i am presenting here is a completely different perspective regarding our Human destiny.  All our teachings, including our spiritual lore has presented us with a fairly simple framework.  We are conceived physically, this engenders a soul, and then we are born.  We grow to maturity, age and ultimately die releasing said soul.  Ample controversy exists regarding transmigration and reincarnation and of the true existence of spirit.  This perspective is largely universal except perhaps those who commune more easily with spirit and thus assume such may be significant as well.

Every witness has a somewhat different interpretation but the above is the general outline.

Our work in reconstructing particle physics has allowed us the clearly understand that three tiers of matter exists and that empirical infinity is a large number whose inverse is not zero.

For simplicity sake it is enough to know that the first tier of matter is the tier of continuous creation of the neutral neutrino pair.

The second tier of matter can be imagined as the tier of neutral electron scaled particle pairs.  Neither has been rigorously simulated though they have been imagined and can be simulated using the metric of the nth ordered Pythagorean.

The third tier of matter we are familiar with.

What this creates is a second tier architecture for natural processors bound together with 2D photon ribbons encoding number.  This infers that the spirit light body consists of such an assemblage holding an information density vastly greater than possible for our third tier bodies.  In fact the processor handling a single cell may have more information than our bodies.  What this means is that we are light bodies experiencing existence in the third tier world.

Yet this experience appears to be  treasured and must be understood as important.  That also suggests that simply returning to a second tier existence is not a reward.  In fact i now suspect that our spiritual objective is to experience life on Earth for large epochs of time.  If that is the case then heaven on earth takes on completely new meaning.  Let me rephrase that.  I see no evidence to suggest that GOD actually wants us back however enlightened.  Inasmuch as my central understanding of GOD is in the question 'is it good' then we must experience time and be change agents.  Thus a good life on Earth sustainably helping Gaea is an excellent human destiny.

I had also long suspected that we were long ago tasked to Terraform Terra itself.  Taking that to its obvious conclusion then we are well begun with centuries to go yet.  At our best we have winkled out most of the barbarism and have yet to properly establish natural communities and thus eliminate poverty through internal credit expansion.

In short, death is merely a way station that allows us to recover and review our lives before a return to physical lives lasting thousands of years in service to the Earth and to humanity.

How is that for turning theology on its head?