Why did the US lose the Vietnam War? 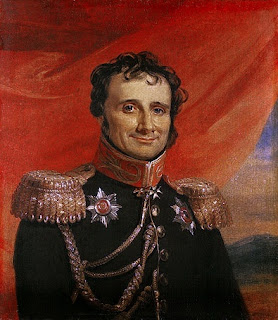 I find it difficult to grasp the continuing massive failure of strategic thinking among US military leaders.  This item pretty well explains it.  All real military training is tactically and logistically oriented.  This makes you mostly blind to what are actually strategic factors and that includes first and foremost politics.

Vietnam failed because Kennedy decided to eliminate Diem who did have and would have retained the loyalty of the Vietnamese people. No one else could replace him and the rest was inevitable as the insurgency grew with every scrap.  The insurgency itself was beaten badly by US arms but that could not stop an outright invasion then supported by the people who then loathed or at least did not trust the successor government..

The USA always had real strategic options that could have won the day even then.  They never used them.  Yet the original mistake began with the assassination of Diem.

Why did the US lose the Vietnam War?
Evan Reif
139.1k Views • Most Viewed Writer in Vietnam War
That guy.
Know who he is? Antoine-Henri Jomini a 19th century general and military theorist.
Now, I know what you're thinking. What in the world does a long dead Swiss general have to do with the Vietnam war? Personally, absolutely nothing whatsoever. However, his theories and ideas had a great deal to do with it.

Jomini and the more famous (at least among laymen) Carl von Clausewitz had something of a rivalry back in their respective times. That rivalry would continue long after their deaths, although rather than personal, it turned to the waxing and waning of their ideals in the Pentagon (The Soviets, on the other hand, adopted something of a hybrid of Clausewitzian and Jominian ideals and stuck with it, Russia probably does the same, although that's out of my wheelhouse.) The fundamental difference between the men (and this is in INCREDIBLY simplistic terms) is that Jomini focused far more on the battlefield, whereas Clausewitz sought to view things from a broader scope, focusing on the political and even sociological aspects of warfare.

Dwight D. Eisenhower, a man I believe to be the finest staff officer to have ever lived, was firmly in the camp of Clausewitz. However, after WW2, the Pentagon increasingly drifted from that line of thought, despite Eisenhower proving it's worth in an incredibly decisive manner.

By the time of Vietnam, the Pentagon's top brass were loudly declaring the death and irrelevance of Clausewitzian theory. Their belief was the superior army, man to man, with the superior tech and training would always be the victorious one, and all other factors were to be disregarded.

The man in charge of the Army until 72, William Westmoreland, was perhaps the most symbolic man possible of the contemporary Pentagon thinking. His focus was the battlefield. He thought simply maintaining a high kill/death ratio would surely bring victory. His handling of the political situation in Vietnam and at home flopped between non-existent and inept, yet he believed he was winning the war simply because his side killed more people. He cozied up to brutal dictators and then wondered why there was still an insurgency.

In 1972, Creighton Abrams replaced Westmoreland, and implemented an actually sane policy based on the realization that if you are fighting a war against an idea, like Communism (or terrorism these days), you need to provide a better alternative instead of just a show of military force, but by that point, it was too late. Jomini and his disciple Westmoreland had done too much political damage for the war to be won. Adding to this, the CIA had gone far beyond the pale, outright condoning brutality and massacres on a large scale. It's telling that the CIA was basing many of it's efforts on France's (failed) counterinsurgency efforts in Algeria.

The South Vietnamese puppet government had virtually no support, the war was incredibly unpopular at home, and Westmoreland's boneheaded insistence on killing everything that moved had largely galvanized the Vietnamese people against America. Defeat was inevitable, but it was for political reasons as opposed to military ones.

Despite these lessons, the Pentagon has now gone back to purely Jominian thinking, thanks to arms dealers and their lackeys totally (and intentionally) mis-interpreting the first Gulf War, and is once again proclaiming Clausewitz dead and irrelevant. One would think the disaster the Iraq war turned into, coupled with our failure to achieve anything of substance in Afghanistan would have finally relegated Jomini to junior officers, where he belongs, but the Pentagon is not good at learning lessons. Especially when said lessons would preclude kickbacks or a cushy "consulting job" with LockMart.
Posted by arclein at 12:00 AM