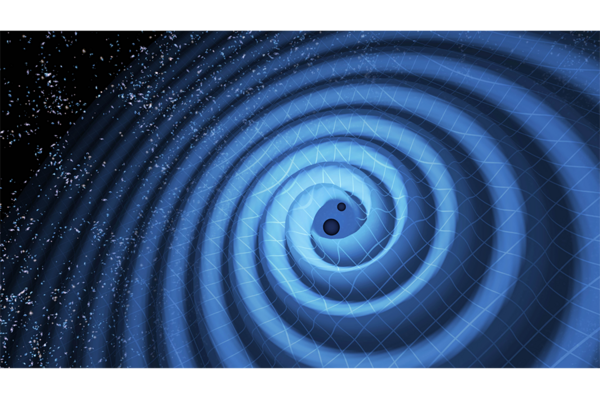 This is actually impressive.  We still need a baseline, but even the diameter of earth will do well enough.  That means we set up in Australia and perhaps Siberia as well to provide three dimensions.

One other comment i would like to make though.  Einstein's General theory is unlikely to be improved upon in terms of what it tells us.  Where it failed and where my work establishes a resolution is in the handling of particle physics.  Einstein's theory explains how it all works in a universe described by any and all possible metrics.  My work expands the foundation of mathematics to allow a generalized cyclic metric that describes particle physics by elementary methods.

This sidesteps the current Ptolemaic approach used for the past century and permits simulation of the act of creation forward..

Researchers have detected gravitational waves for the second time, opening up a new field of astronomical research.

The team of scientists that detected gravitational waves as they passed through the Earth in September announced Wednesday that they had picked up a second signal.

"It's much less of a surprise" this time around, Cliff Burgess, a theoretical physicist at McMaster University and at Perimeter Institute for Theoretical Physics who was not part of the team, tells The Christian Science Monitor. "What we're looking forward to is when it won't be newsworthy anymore because they'll get so many of these things."

"A second event is important to further confirm that the first event wasn't something really special in the universe that happened only once," Carlos Lousto, an astrophysicist at Rochester Institute of Technology who was part of the research team, tells the Monitor.

About 1.4 billion years ago, two black holes merged. The two cosmic entities had been circling around each other, progressively moving closer to collision.

That violent collision shook the very fabric of spacetime, sending ripples out across the universe. And those ripples were the gravitational waves that Albert Einstein predicted in his 1916 General Theory of Relativity.

Those gravitational waves arrived at Earth just as Dec. 25, 2015 was turning into Dec. 26 (if you were in the United States). But you probably had no idea. The ripples were imperceptible to everyone – except for the lasers in two giant detectors in Hanford, Wash., and Livingston, La.

Those lasers were able to notice when the gravitational waves perturbed mirrors in the twin interferometers, changing the distance between those mirrors by a fraction of the size of a proton for just a second.

"To me it's just mind-boggling that two massive black holes colliding together at nearly the speed of light produce an effect that you could barely see on Earth," David Reitze, who is serving as the executive director of the LIGO laboratory while on extended leave from the University of Florida, tells the Monitor.

This was the second time the lasers picked up the distinctive quiver of gravitational waves since they had been turned on in September 2015 as part of the Advanced Laser Interferometer Gravitational-Wave Observatory (LIGO) experiment, an international collaboration of over 1,000 scientists hoping to spot the waves with this sensitive instrument. That first detection was announced in February. The second one was announced Wednesday and detailed in a paper in the journal Physical Review Letters.

"It took nature one second to merge black holes," Dr. Lousto says, but "it takes us months to reproduce it in a supercomputer."

A new field of astronomy

The first detection of gravitational waves was exciting, verifying that they exist, says Dr. Reitze. But "number two means we are a real observatory."

"LIGO was developed with the hope of being an observatory, not just a one-time discovery of gravitational waves," Lawrence Krauss, a theoretical physicist and cosmologist at Arizona State University, who wasn't part of the LIGO team. And this second detection of gravitational waves means it will fulfill that goal.

"It confirms what I have said before," Dr. Krauss says, "That gravitational wave astronomy will be the astronomy of the 21st century."

"We are learning a lot about the universe in a way we didn't before," Lousto says. "We didn't have access to this dark universe because we don't see it with electromagnetic radiation. Now we begin to see it with gravitational waves."

Until now, scientists have used telescopes to detect light, or electromagnetic waves, traveling through space in order to learn about our universe. But things like black holes don't emit light.

LIGO heralds the beginning of a new field of astronomy, says Krauss, offering "a new kind of telescope that sees part of the universe that is otherwise invisible."

This doesn't mean throwing electromagnetic wave-based astronomy to the dogs. It could even be put to new uses now. Lousto explains that the two detection methods can be used in concert to better understand hybrid systems like those involving a black hole and a neutron star.

The first event detected by LIGO was a particularly dramatic one. The scientists determined that those two black holes were 29 and 36 times the mass of the sun before they merged. And they didn't appear to be spinning, as models had suggested they would.

The second event was much more like what was expected, Priyamvada Natarajan, an astrophysicist at Yale University who was not part of the LIGO team, tells the Monitor. Those two black holes were about 14.2 and 7.5 solar masses, and the scientists picked up on some spin.

"This is a more comforting event," she says. "It shows us that we were on the right track in terms of our understanding of these events."

Still, it's unlikely that these two initial events will tell us much about the universe by themselves, Dr. Natarajan says.

"Although this one event by itself might not be the most interesting one in the world," Dr. Burgess says. "The fact that there's more than one splash, and it's possibly going to be a rainfall, is the big news."

And the LIGO team is preparing to reveal that rainfall. After just four months, the team turned the detectors off so that they can increase their sensitivity.

"We expect something like every 15 minutes a gravitational wave passes through the Earth," Lousto says. But "we cannot yet detect all of them."

The hope is that this and subsequent upgrades will make it possible to pick up on more of those gravitational waves and increase the dataset scientists can study.

Scientists have been using Einstein's predictions to create models of how gravitational waves should work for decades.

And "it's just jaw dropping" how accurate these models have proven to be, Natarajan says. "The fact that our measurements are at the level that we can exactly match, to such a high degree of accuracy, this theory that came out of Einstein's pure thought … it's just astounding."

But "what we really want to do eventually, is prove Einstein wrong," Reitze says. "All theories are approximations to what the physical universe is," and when you find data that suggests a theory, like general relativity, isn't quite right, "that's where a whole new phase of discovery opens up."

"It's disappointing as a theorist to have the theories work so well," Burgess says. "It's great for Einstein, but all the rest of us would like to have something new."
Posted by arclein at 12:00 AM