The U-28 Sea Creature 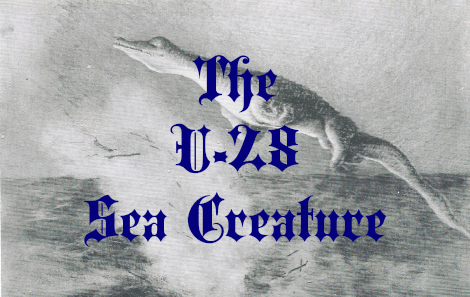 In this case, the creature was seen in broad daylight by several highly trained observers with binoculars as well although not mentioned here.  This was clearly a Mososaur, also observed several times off new Zealand.  Not accepting this particular report is unacceptable.

Other attempts to explain are feeble at best.

What we do know is that two specific creatures live in the deep.  One is the Sea serpent and the other the Mososaur.  Neither need to ever come to surface at all.

This represents very good confirmation.  We need to get down there and to simply be quiet to observe what must be a biologically rich environment.

The U-28 Sea Creature

Following a military engagement with the British steamer Iberian off the southwest coast of Ireland, an encounter which resulted in the steamer’s destruction via German torpedo, the captain and officers of the U-28 Schmidt bore witness to a unknown sea creature. The Captain of the submarine, Commander Freiherr Georg-Günther von Forstner, who was known as 'The Baron Pirate' described the encounter:

"On July 30, 1915, our U-28 torpedoed the British steamer Iberian, which was carrying a rich cargo across the North Atlantic. The steamer sank so swiftly that its bow stuck up almost vertically into the air. Moments later the hull of the Iberian disappeared. The wreckage remained beneath the water for approximately twenty-five seconds, at a depth that was clearly impossible to assess, when suddenly there was a violent explosion, which shot pieces of debris - among them a gigantic aquatic animal - out of the water to a height of approximately 80-feet."

"At that moment I had with me in the conning tower six of my officers of the watch, including the chief engineer, the navigator, and the helmsman. Simultaneously we all drew one another's attention to this wonder of the seas, which was writhing and struggling among the debris. We were unable to identify the creature, but all of us agreed that it resembled an aquatic crocodile, which was about 60-feet long, with four limbs resembling large webbed feet, a long, pointed tail and a head which also tapered to a point. Unfortunately we were not able to take a photograph, for the animal sank out of sight after ten or fifteen seconds."

Submarine captains are not known to be prone to exaggeration, leading to a conclusion that he would not detail such an encounter in any other way but had happened. There would be no known reason to concoct such a remarkable story knowing that most people who report strange creatures are generally meet with only ridicule.

Some investigators have theorized that this encounter could indicate a surviving specimen of pliosaurs or mosasaurs, both of which are thought to have resembled giant crocodiles. The fossil record of these creatures also seems to indicate that their spines were very flexible, which could account for the more serpentine like movement of the creature. 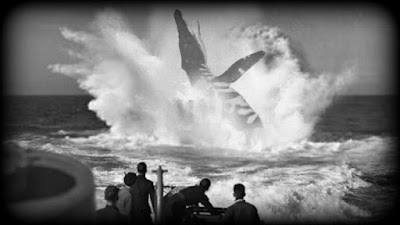 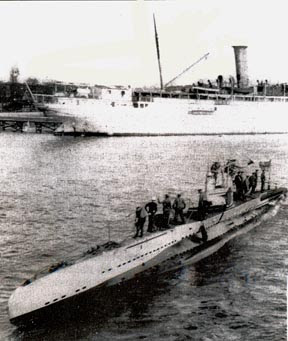 A handful of researchers have suggested that this creature may have been transported by the steamer, only to be released into the ocean when the ship exploded. They have stated that any creature swimming in the ocean probably keep its distance from a naval engagement due to gunfire. The creature, in order to have been blown out of the water upon the Iberian's explosion, would have had to be swimming almost directly over the sinking ship. Though it's an interesting argument, I'm not sure a British steamer would be transporting a 60 foot aquatic creature across the Atlantic. There would have been a record of the cargo at the original port. 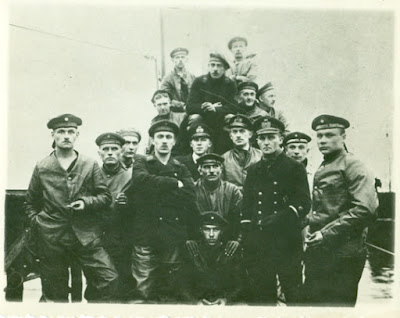 Perhaps one day the discovery of a creature similar to that described by the crew of the U-28 may shed some light on this encounter, and bring us a closer to understanding the unknown ocean frontier.
Posted by arclein at 12:00 AM