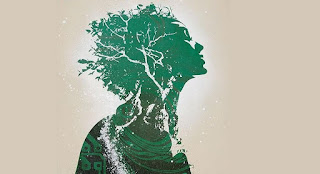 We are capable of shifting into a completely different form of civilization.  Our conditioning acts to confuse our imagination of such a civilization.  Our emotional machinery is also our enemy as we rarely learn how to properly manage it.  Some of that is even mechanical.  Yet it is short term and rational thinking usually resolves difficulties or alternately attempts to justify the unjustifiable.

The new civilization that is rising will have total access to knowledge and free energy to support our human endeavors.  This permits a broadly distributed society well distributed and tasked with sustaining the land.  A hermit on a mountain top can still connect to the internet and live in a modern dwelling with no need for grid access.  All this can be cheap.

Actual community  activities can be managed using the rule of twelve which naturally links adjacent communities toward common purpose..


An evolved future for mankind will only be possible if wise men would rewrite history, based upon newfound truths. Otherwise history keeps repeating itself, because mankind did not or will not learn from its recidivist mistakes.

There is no truth in lies and human beings are still lost, still roaming, being blind in the land of the blind. Large and ancient, cultivated civilizations like the Inca’s, the Aztecs, the Greek, the Romans, Spain and France’s world empires, these rich cultures were frequently destroyed by delusions of grandeur. As in the Renaissance en the enlightenment period thereafter, which was a very clarifying period where there was a latency to want to change in favor of the human race and for the inner well being of the latter.

Our Losses Have Been Great

All those civilizations lost, only history remains and almost all knowledge and wisdom from those civilizations disappeared. Our modern civilization is still based on primal instincts. In the era of the anthropoid ape, there was no spoken language and they communicated by emitting sounds and using gestures. At that time in history, lying did not exist because it was easy to read the body language (the truth does not need many words). Women were very important, for they gave birth to new life, and newborns were a gift from the Gods (men did not yet now of his contribution to new life). Men had a serving role and were protectors of the tribe. After man figured out he was an important contributor to the continuity of his kin, the importance of women/men changed as men seized more power and this translates to: the more power, the more descendants (primal instinct).
A man wants to transmit as many genes as possible and a woman seeks a suitable candidate, who is strong, powerful, handsome, wise etc. And although man still considers himself a conqueror, the final choice lies with women. A man can only try his best, boast with a nice car, beautiful/expensive clothes, be muscular etc. Another primal instinct of man is the will to hunt, which can be seen in modern masculine behavior, when he steps out of his car to swiftly approach his goal, or in a store, consciously making a choice (to be the first predator approaching the prey). Man pulled himself closer to power, wanted to be king of the hill and stay as such. The Alpha male, a great leader to his tribe, endeavors to obtain providence, happiness and wellbeing for his followers and thus avoids suffering.
From that point of view to seize and remain in control of power, the holy books were written to subdue, oppress and control the people. As far as I know we are all agnostics and know nothing of these primal descendants. I would, myself, like to believe, but my faith is one of Love, eternal light, conscience and soul. And while I respect believers and non-believers alike, when it is a genuine choice by free will, everyone is free to believe who or what they want. At least when it is not harmful for the development of the individual and the community.

If an individual can learn a ‘loving’ path, then why wouldn’t mankind as a whole be able to do the same? Imagine the unlimited possibilities we would have as humans, if we were guided from the beginning by spiritual and factual truths? These are, among other things, to care for our descendants, protect, raise and educate our own, love and contribute to society. Spiritual truths that develop one’s self (rise and fall) as a human being, growing spiritually from love. We do not achieve anything in this life, we are merely on the way to it. We have had so many enlightened spirits and great thinkers like Jesus Christ, Buddha, Mohammed, Ghandi, Bagwan and the Dalai Lama, all of them examples of how an individual can evolve, yet collective awareness is still in its baby steps regarding any of this, so for the time being, there is no collective awareness.

Where would we be in this very moment, if our collective awareness had been developed? People claim Einstein had the biggest brain and that Jesus Christ could perform miracles. When we develop LOVE (divinity), the sky is the limit. If science was to serve mankind — rather than institutions and corporations, if children could benefit from real education, be inspired and stimulated to enable them to develop their talents and aptitudes, rather than being programmed as ‘repeaters’ of bias information?
Simply written by a simple-minded man with simple ideas, but perhaps one of Colombus’ eggs.
About the author:

I am Peter Van Els, and I was born in 1957, and I live in The Netherlands in a small city called Sluis. I am an autodidact, Life is my biggest teacher and I started to write last year to stand up against lawless and corrupt governments after I’d said to myself “enough is enough”! I believe all good souls must stand up and try to connect and unite, and try to change the system for the benefit for Mother Earth and for our offspring.
Join Peter’s White Rose (R)evolution on Facebook.

“Civil disobedience is a moral duty, when governments are corrupt and lawless.” — Mahatma Gandi