When A Third Becomes 97 Percent: A Con That Changed the Western World 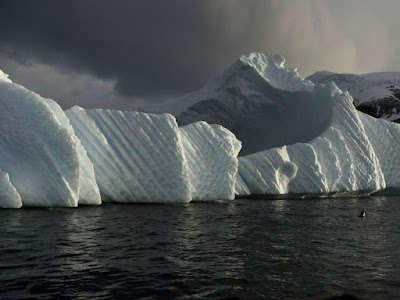 By the way, I am pretty sure that 97.1% of Muslims believe in Allah also. In the end, a convenient number was cherry picked and made to be something that it was not.

Where I to select  a best grade from a sample from a gold mine and then claim that this represented the grade of the entire deposit, I would be placed in jail.  It is fraud.  The numbers merely state that a third of the writers claimed human causes as allowable.  This naturally encouraged donor support in the form of additional grants and was the certain motive for the human causation claim been placed in these papers in the first place.

A better test would be to isolate papers setting out to establish likelihood in the first instance.  Oh well, it is all bunk and an embarrassment to science that it was not jumped on with both feet from the beginning.
.

When A Third Becomes 97 Percent: A Con That Changed the Western World

You’ve probably heard that 97 percent of scientists say global warming is real. Of course, that in itself is a meaningless statement, since no one disputes that the earth has warmed by roughly 0.8 degrees Celsius over the past century or so.

What the president was referring to was a 2013 paper by the University of Queensland’s John Cook. In his research, Cook studied 11,994 papers published between 1991 and 2011 that mentioned the search words “global warming” and “global climate change.”

Guess what Cook actually found? Only 32.6 percent of the papers endorsed the view of anthropogenic (man-made) global warming. But of that group, 97 percent said that “recent warming is mostly man-made.”

And so, by a nice sleight-of-hand obfuscation, the great “97 percent consensus” was born.

Don’t believe me? Check out the actual paper, or the abstract, or the original article. In fact, let’s just say thank goodness that the originals are still posted online. Typically, when someone pulls off a con of such massive, world-wide proportions, they subsequently burn the evidence to cover their tracks.

Bottom line: In the actual study in question, only one-third of the 11,994 academic papers studied could be construed as arguing for man-made warming. The other two-thirds may have focused on other factors, perhaps the unprecedented increase in solar activity seen over the past century.

Regardless, the big lie has taken hold, and is now being used to push for “decarbonization” policies, and to silence critics of “global warming.”
Posted by arclein at 12:00 AM