Were the F-35 Plans Intentionally Leaked to the Chinese so They Could Build J-31 Fighter? 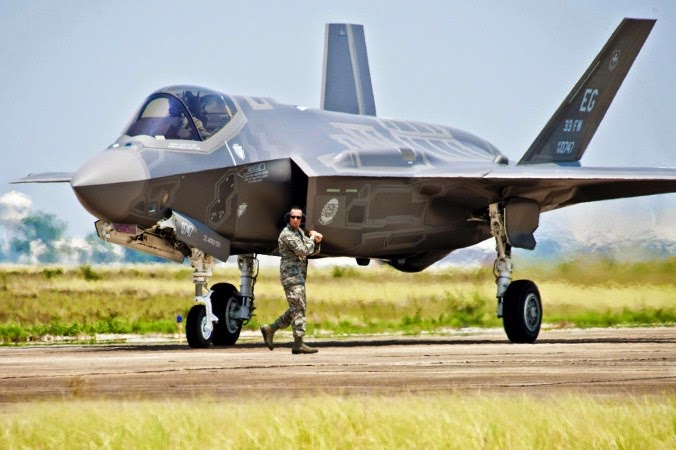 It makes complete sense to feed the Chinese military corrupted data.  You know they are trying and better yet you know who is trying.  This makes it easy to set them up with the false data.
On top of all that, i do not think that the F 35 will ever be seriously deployed.  It is already both obsolete and now the wrong technology.  What is needed is a similar platform missing all that life support and with a more rugged airframe able to handle ten g turns.  The costs will drop dramatically and you have an unbeatable bird flown as a drone.  Drone technology is good enough.
Add in a entangled chip set and you have avionics immune to interference.  Then in case of a real shooting war we can mass produce thousands of these birds, while the pilots sit at home in a simulator controlling their missions.  We can even go one better.  Most flying is totally routine.  Thus we only have Aces step in just prior to or upon engagement.  The result is that any enemy pilots are always facing well rested fresh Aces on the moment of engagement.
The Chinese military is committed to matching USA military power.  This is a very expensive hobby that busted the USSR by ultimately diverting all their best talent.  I also predict that the aircraft carrier will soon be obsolete as a platform.  Those same drones will use our Dark Matter energy release system to operate a compact plasma jet  mass driver to provide Newtonian propulsion and do so continuously for hours at a time.  This means that the need to be just off an enemy coast is eliminated.  These drones will also cruise nicely at Mach ten as well all of which makes a floating airfield meaningless.


Were the F-35 Plans Intentionally Leaked to the Chinese so They Could Build J-31 Fighter?


Fifty terabytes of classified data is like $50 million in gold; both are kept in a secure bank vault. If someone wanted to rob a bank vault, the only way they’d be able to get it out, is through the front door.


Could it be possible the data was intentionally leaked to the Chinese as a way to fool them into investing hundreds of billions of dollars into a stealth fighter that is already outdated or has had its stealth capabilities compromised by innovations in radar technology?

We Have Given Faulty Information to Communist Spies Before


The United States has purposefully allowed corrupted data to fall in the hands of less-than-friendly communist regimes in the past.


In 1982 the CIA got wind of Soviet KGB spies stealing data on Canada’s natural gas pipeline designs and leaked them faulty designs that caused a huge explosion in part of the Soviet pipeline, costing them millions of dollars in repairs and redesign.


Thomas Reed wrote in his 2005 book At the Abyss: An Insider’s History of the Cold War, “The pipeline software that was to run the pumps, turbines, and valves was programmed to go haywire, to reset pump speeds and valve settings to produce pressures far beyond those acceptable to the pipeline joints and welds. The result was the most monumental non-nuclear explosion and fire ever seen from space.”


Many new weapons have been developed in China that specifically target the United State’s global military dominance. One of the most striking among them is the aircraft carrier sinking missile, the Dong-Feng 21 (DF-21D). The DF-21 has a estimated range of 1,000–1,700 miles.


An F-22 Raptor has a 1,900-mile range. It can only fly half that distance from a carrier before turning around to fly back to its carrier for refueling. It is clear the DF-21D was developed to strike a carrier before its aircraft are in range.


A major piece of modern technology China is lacking is a 5th generation stealth fighter. The planes it currently has in service would be no match for the F-22 Raptor, which are capable of easily shooting down several of China’s planes without even being detected. Upon getting 50 terabytes of classified data, China would of course be wise to quickly invest billions into developing a plane that could counter the Raptor.


The recently spotted Shenyang J-31 is that plane. Baring a more than uncanny resemblance to the F-22, this plane is definitely designed to remove the United State’s F-22 advantage.


The U.S. stopped manufacturing F-22s almost 3 years ago. Maybe they have something better.

A Chinese J-31 stealth fighter performs at the Airshow China 2014 in Zhuhai, south China’s Guangdong province on Nov. 11, 2014. This aircraft was likely built using data stolen by Chinese hackers on the F-35. (Johannes Eisele/AFP/Getty Images)
Inside Man in Data Heist?


“Hackers use proxies to disguise their Internet protocol (IP) address; this slows the speed of their connection down significantly.” He explained how the anonomyzing network called Tor gives users speeds so slow, “it would take tens of thousands of hours to steal that much data.”


Not only would the connection speed be drastically reduced by IP disguising, most computers, and especially those containing secret classified data, employ firewalls. These firewalls block certain ports from allowing too much data to pass through. For instance, email ports are usually configured to not allow a lot of data to pass through them quickly. Think of a garden hose trying to drain an olympic-sized swimming pool. This prevents a hacker from exploiting your email account to steal your whole hard drive via email.


A computer containing sensitive data is almost guaranteed to be properly configured in such a way that someone is not going to be able to walk out the front door with the goods and have no one notice, not without some help.

“All big heists have an inside man. Most corporate espionage starts with a disgruntled employee. Most can be prevented by timely intervention. Espionage often starts with a complaint to the human resource department,” said Mr. Holmes.

NSA Deputy Director Richard Ledgett has admitted Snowden had expressed concerns over the size and scope of the wiretapping projects to his superiors in a Teleconference call at TED 2014.

This is a great example of an employee with classified clearance on the inside having a grievance with the way things were being done, and how he was treated, ultimately releasing sensitive documents.


If this act wasn’t done to trick the Chinese into spending billions and luring them into a false sense of security, then it was most likely done by someone who received a big payout from the Chinese government/military for their efforts.


The F-35 Joint Strike Fighter (JSF) has been the most expensive and problematic project in military history.


It has continually encountered setbacks, and due to the massive delays, is experiencing a problem called “feature creep.”


With $400 billion already invested and only 150 planes in active service today, the project is expected to end up costing over $1 trillion.


The JSF program’s goals were to provide 4,000 5th-generation stealth fighters to the U.S. and its allies at an affordable price.


The F-22 Raptor has been banned from being exported to any other countries, and after seeing its performance, European nations and Australia wanted to retire their aging 3rd and 4th generation non-stealth fighters. F-35’s were originally expected to cost under $100 million a piece, but due to setbacks and feature creep, the price has more than tripled to over $300 million as the “flyaway price.”


Reports of other problems with the F-35 have also emerged. Being unable to use warm jet fuel, having maneuverability problems, and being too slow, are just a few reports that have surfaced.
Posted by arclein at 12:00 AM