An Observation Regarding a Mental Health Hack. 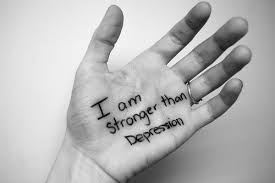 An Observation Regarding Mental Health

I had a coffee yesterday with an informant in which he made a remarkable observation.  It applies immediately to a number of putative therapies for mental issues.

What it comes down to is understanding the clear separation between our cognitive  and/or physical organic mind which can be negatively affected by mental illness and our sub subconscious or supra mind or alternatively our physical but independent light body mind which has information density several orders of magnitude greater than out physical organic mind.  Think about this.

First off the inspiration came by way of Bob Proctor and one of his tapes.  Here is his link.  I have not listened to these tapes but the central idea is fundamental and i will describe it.

The take home conjecture here is that the physical organic does dominate the light body and can order changes to the physical brain and the body for that matter.  What i am trying to say is that we have all underestimated this effect and ability.  Yet the light body is our storage device and it is instructed to apply memes that can be a problem as well.  what is important is to first understand as much.

In the circumstance, my informant woke up or was suddenly overcome by a black depression. This shocked him and more so as the effect simply failed to go away for three days.  Listening to a Bob Proctor tape triggered an idea that he then applied.

He calculated that our brains will categorize experiences and our reactions to them along with applicable actions in a file within the subconscious.  Thus by natural extension, depression or non acceptable behavior is merely a case of a given file going bad.  He analysed the apparent origins of his depressions to assist in defining the corrupted file and then simply asked his subconscious to completely remove this file forever.

Instantly, his black depression ended.  He was thoroughly relieved and then applied the same approach to solve his excess drinking  and bad eating habits successfully.  In fact so successfully as to describe as somewhat over rigorous.

In practice, hypnotism and Ayahuasca therapy does the same thing but far less efficiently because it must first weaken or distract the biological mind to allow the new operator to give those same instructions to the light body.  It is the long way around.

If you have problems doing what i am describing, then i suggest that you tell your subconscious to hit the road while you master your conscious mind through drills.  Then try it out.  a drill may be as simple as simply writing our the multiplication table over and over again.  Then order your subconscious to clean up the file forthwith.